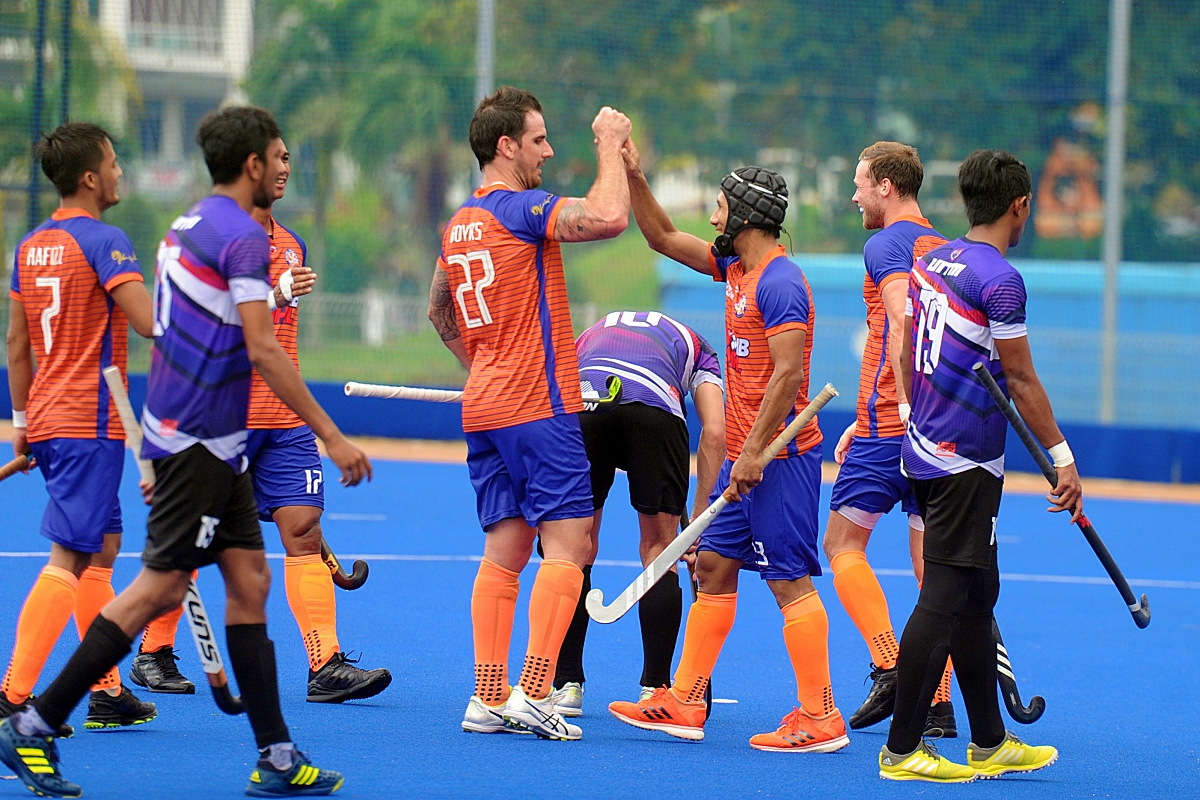 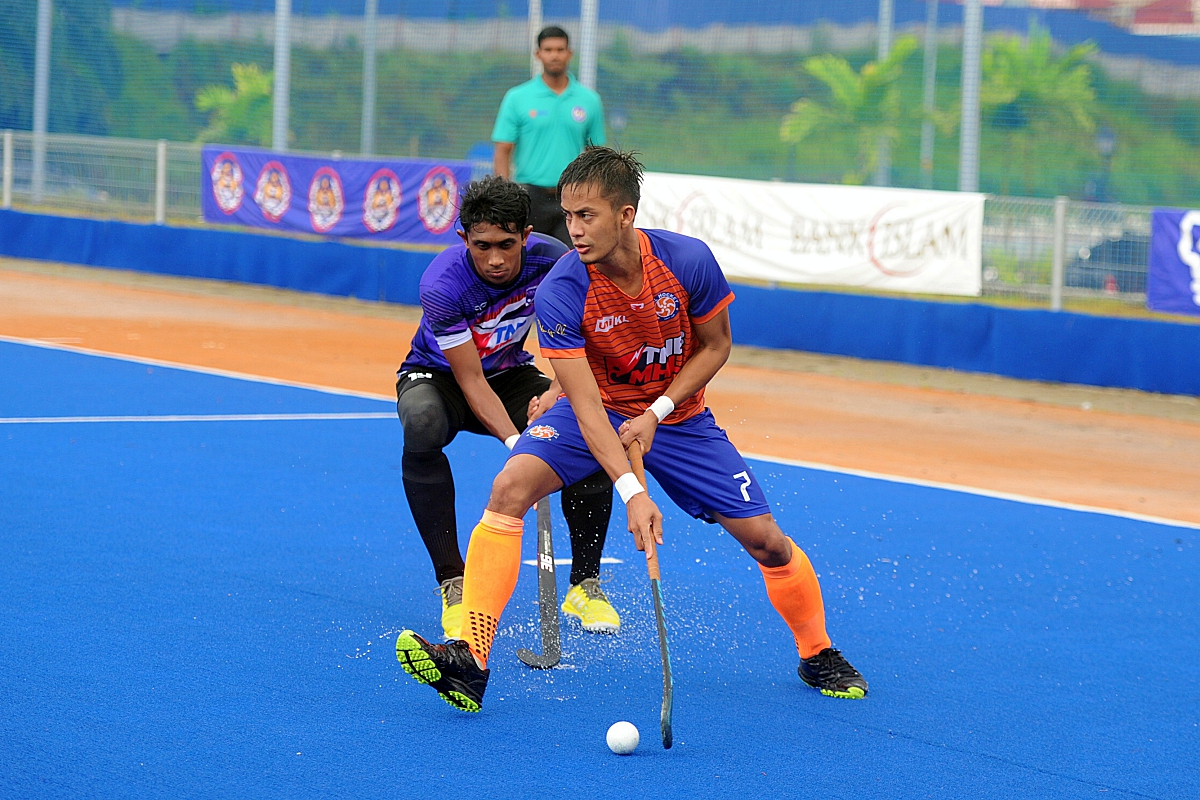 Universiti Kuala Lumpur (UniKL) took time to get off the blocks before registering a 4-0 victory over Universiti Teknologi MARA (UiTM) in the TNBMHL Premier League match at the Tengku Abdullah Hockey Stadium in Bangi today.

The host continued to cement their lead at the top of the pool standings with 30 points. It was UniKL’s 10th consecutive win in the league with four more matches remaining.

In other matches, Tenaga Nasional Berhad outclassed Maybank 4-1 to remain second in the standings with 25 points whilst Terengganu Hockey Team defeated Kedah Nurinsafi also by a 4-1 margin and TNB Thunderbolts edged Hockademy KL 3-2.

It was Thunderbolts first win in 10 matches. “As we have seen UiTM have been playing well in the last few matches and we had expected them to come hard against us.

They played well in the first three quarters until we managed to breakaway in the last quarter,” said UniKL coacl Arul Selvaraj.

“Nevertheless we are happy to stay on top. We are just keeping our momentum going in every match without worrying much at the score line. It’s just the three points that we need in every game,” he added.

UniKL did not waste time and took a 1-0 lead in the very first minute through Tengku Ahmad Tajuddin Tengku Abdul Jalil via a field goal.

UiTM, who lost 7-0 in the first round encounter at the Tun Razak Hockey Stadium, however, woke up from the early setback to earn two consecutive penalty corners but their Japanese signing Miyu Tanimitsu’s powerful drive in his first attempt deflected off the right post while the second was saved by a defender.

The defending Premier League champions kept the pressure on UiTM with all the attacking but without much success.

After sitting back initially, UniKL got into the groove slowly in the third quarter only to be denied by goalkeeper Mohamad Khairul Afendy Kamarazuman who kept the attacking machinery at bay, displaying bravery on all fronts.

UniKL and UiTM traded one more penalty corner each in the next few minutes but both teams failed to convert their chances.

Three minutes into the fourth quarter, Tengku Ahmad Tajuddin doubled the score with a field goal, Muhamad Razie Abdul Rahim extended it to 3-0 in the 51st minute via a penalty corner conversion and Dutchman Roel Bovendeert struck home the fourth for UniKL and his ninth in the league so far.

UiTM did not give up hope and fought till their last breath, only to be denied by Lady Luck and the aggression of UniKL in the last quarter.