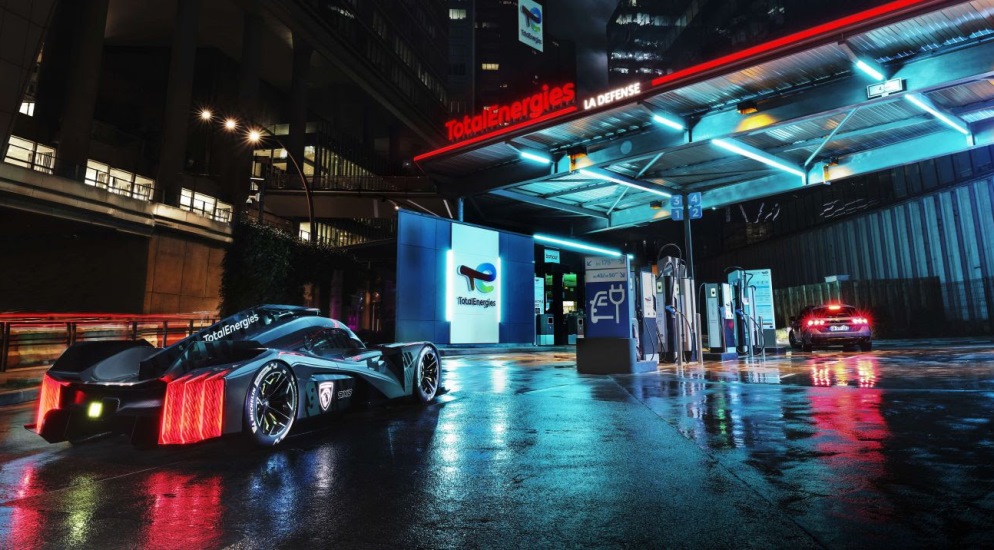 The electrification of PEUGEOT’s model line-up is a core feature of its strategy as it bids to deliver carbon-free mobility within the shortest timeframe possible. But what connection does this have with the PEUGEOT 9X8’s upcoming race debut at the 6 Hours of Monza, Italy, on July 10?

Simple: the brand’s involvement in the headlining Le Mans Hypercar (LMH) class of the FIA World Endurance Championship and the Le Mans 24 Hours with its new, hybrid-powered Hypercar is making a real contribution to the acceleration of PEUGEOT’s progress in the realm of electrification technology. The introduction of the LMH class was central to the make’s decision to return to endurance racing.

SPORT: AN UNCOMPROMISING ACCELERATOR OF PROGRESS

The taste for competition has long been part of Peugeot’s DNA. As long ago as June 1895, for example, a PEUGEOT driven by Paul Koechlin was accredited with victory in the world’s first-ever timed automobile race!

The brand has been active in motorsport ever since, as much out of passion as through reasoned choice. The research and development of technical solutions are systematically faster in racing due to its repeated deadlines and other constraints which produce results far more quickly than when following conventional processes. From efficient energy-consumption, to enhanced reliability, performance and safety, many of the givens that today’s racers take for granted ultimately go on to benefit everyday motorists, and the degree of excellence required in racing perfectly mirrors that which PEUGEOT demands of itself.

Over the decades, PEUGEOT has been involved in almost every major form of motorsport as a function of both the regulations governing the different disciplines and its own strategic focuses. And it was the announcement in June 2019 of the creation of a new Le Mans Hypercar (LMH) class in endurance racing that spurred PEUGEOT into returning to the sport and the Le Mans 24 Hours.

First of all, it saw that the category’s rules permitted a more judicious use of resources, not to mention cost savings which those who drew up the regulations estimated could be as much as 20 percent compared with the former LMP (Le Mans Prototype) blue-ribband class, superseded in 2021.

LMH also made it possible to conceive cars that carry over the design cues of the respective makes’ roadgoing models, as well as the ability to choose between different concepts, including hybrid power. It was precisely this opportunity it gave to demonstrate its electrification expertise that appealed to PEUGEOT in particular.

A PERFECT GRASP OF ELECTRIFICATION

When LMH became the new premier class in world-championship endurance racing and at Le Mans, North America’s WeatherTech IMSA race series aligned its own regulations with those introduced by the FIA (Fédération Internationale de l’Automobile) and the ACO (Automobile Club de l’Ouest) by creating an LMDh category (Le Mans Daytona hybrid) with a view to ensuring even bigger grids.

In addition to running chassis supplied by one of four approved makers, competitors in LMDh also share hybrid components. Indeed, one of LMDh’s chief differentiating features is the fact that manufacturers bring their own internal-combustion engine (ICE) expertise and body designs to the table but take their chassis and electrification systems from outside suppliers.

What attracted PEUGEOT to topflight endurance racing with an LMH car more than anything else; however, was the electrification aspect and the overall control it gave over the design of the complete drivetrain, and not just the internal-combustion engine.

The Dare Forward plan championed by the Stellantis group effectively targets the entire company becoming entirely decarbonised by 2038 and a halving of its carbon footprint by 2030. The electrification of its production vehicles is clearly poised to play a fundamental role in achieving these aims. Mastering the associated technologies is of course crucial and it is this progress in the fields of electrified powertrains and the related control software that is guiding the evolution of Stellantis from a carmaker into a tech company.

“On the one hand, the LMH class enables us to race a car that spectators can immediately recognise as a PEUGEOT,” says Stellantis Motorsport and Peugeot Sport Director Jean-Marc Finot. “The successful collaboration between our motorsport engineering team and the styling department has produced an elegant, racy and uniquely-stylish car. More than that, though, LMH gave us the ability to design and develop a car that is 100-percent PEUGEOT. True, we profit from the expertise of some key partners but, importantly, we had complete control over the car’s design and complex, four-wheel drive, electric-hybrid system. We had no hesitation whatsoever in opting for the LMH class which will enable us to extend and demonstrate our knowledge in a competitive arena against other major automobile-industry players.”

Hybridisation is a primary feature of the PEUGEOT 9X8’s drive system which combines an internal-combustion engine that drives its rear wheels and an electric motor for the fronts. The challenge is to make sure the two function together flawlessly, despite the extreme mechanical and thermal stresses involved, while at the same time delivering uncompromising efficiency, response and reliability.

“As with any hybrid vehicle, the 9X8 is complex. Around two-thirds of its power is provided by the ICE, and the other third is generated by the hybrid system,” explains Jean-Marc Finot. “The system we use is a 100-percent Peugeot solution, while the powerful, high-density, 900-volt battery is the fruit of a combined research programme involving TotalEnergies, Saft, ACC and PEUGEOT.”

Meanwhile, the 2.6-litre, 520kW (710hp), biturbo V6 that drives the rear wheels, and the 200kW/270hp electric motor at the front are the work of Peugeot Sport’s research department in Satory, near Paris, under the responsibility of Technical Director Olivier Jansonnie and Powertrain manager François Coudrain.

Although the PEUGEOT 9X8’s maiden competitive appearance isn’t until Italy’s 6 Hours of Monza on July 10, it has already made valuable contributions to the brand’s focus on hybridisation. For example, the PEUGEOT 508 PSE – which was developed by the same engineering team in parallel to the 9X8 – is equipped with a 265kW/360hp hybrid system and smart management system derived directly from the Hypercar programme.

And the dialogue between Peugeot Sport’s technical experts and their colleagues tasked with creating the brand’s future road cars doesn’t stop there, either, since technologies stemming from the 9X8 are already in the process of being carried over to other PEUGEOT models, notably in the essential field of electrification.