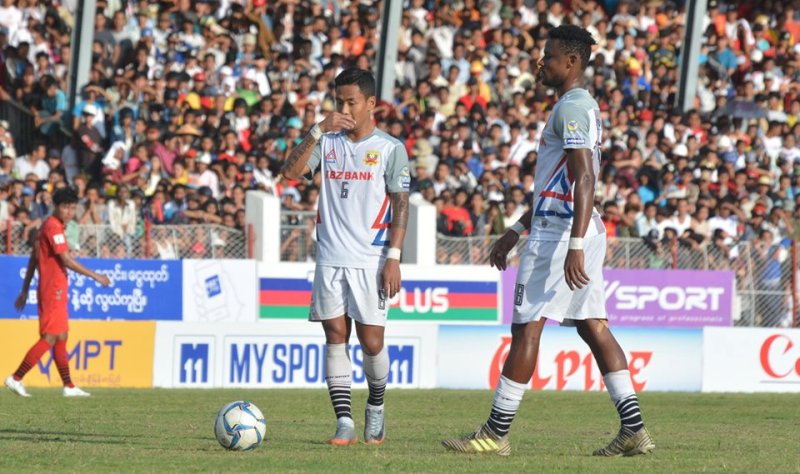 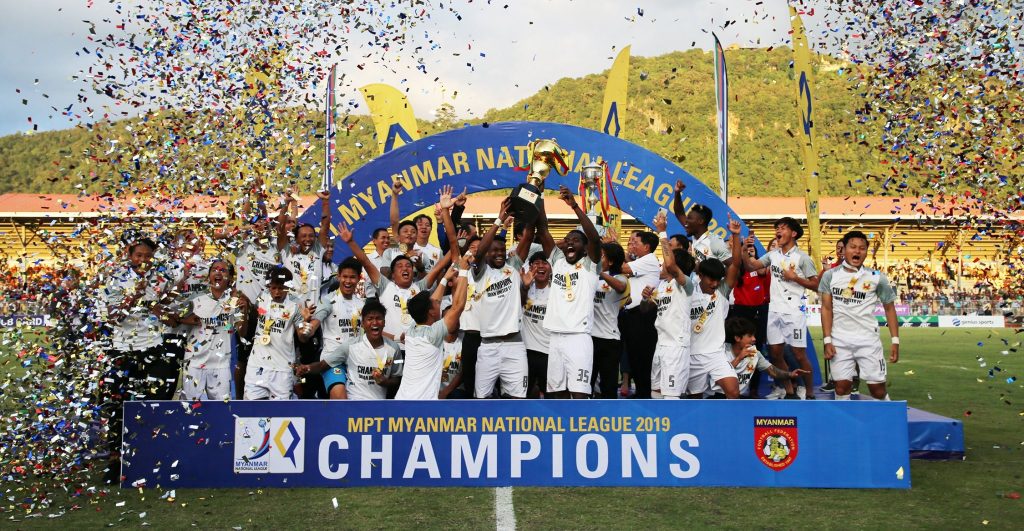 A thrashing 4-1 win over Rakhine United FC in their final game of the season gave Shan United the 2019 Myanmar National League title.

It was Shan United’s third MNL title in three years. It is also the first time in MNL history since 2008 that a team had won the crown with a clean unbeaten sheet.

Shan United had gone through the season without dropping a game where they picked up 46 points from 22 matches played for twelve wins and ten draws.

Ayeyawady United came in second with 44 points as 2018 champions Yangon United finished on third with 43 points.

In their final game of the season, Shan United brought out the firepower in the second half to score through Dway Ko Ko Chit’s double in the 63rd and 87th minute to be followed by further goals from William in the 68th minute and then Maximum nine minutes to the end.

Rakhine pulled a goal back late in the 86th minute off Samuel’s penalty.