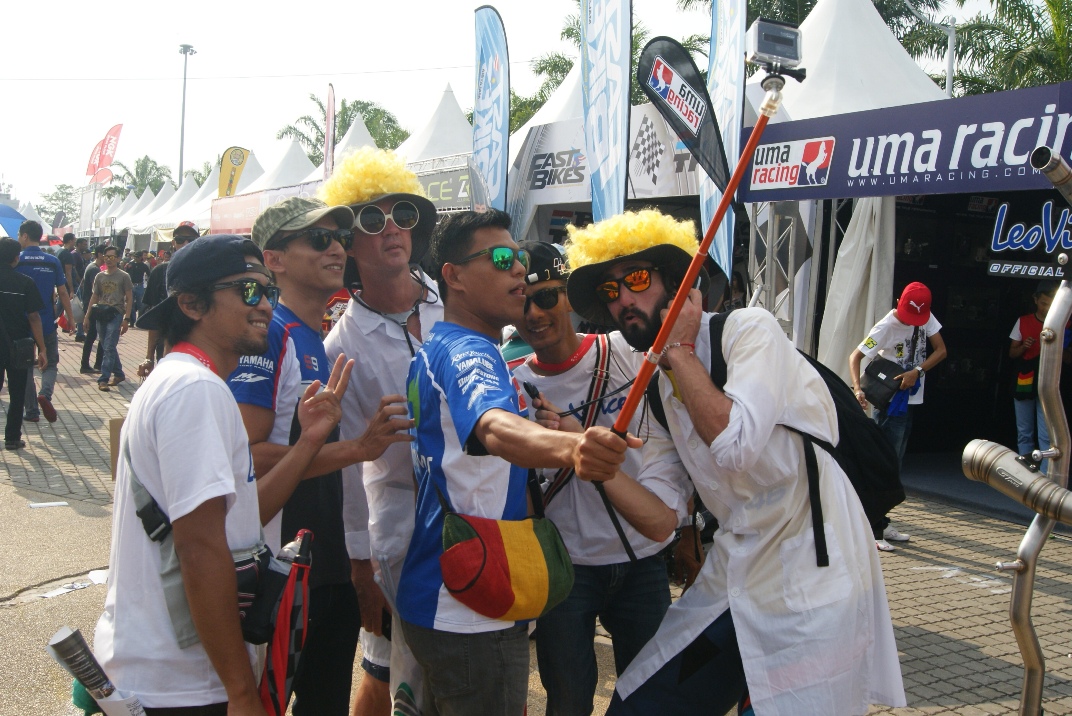 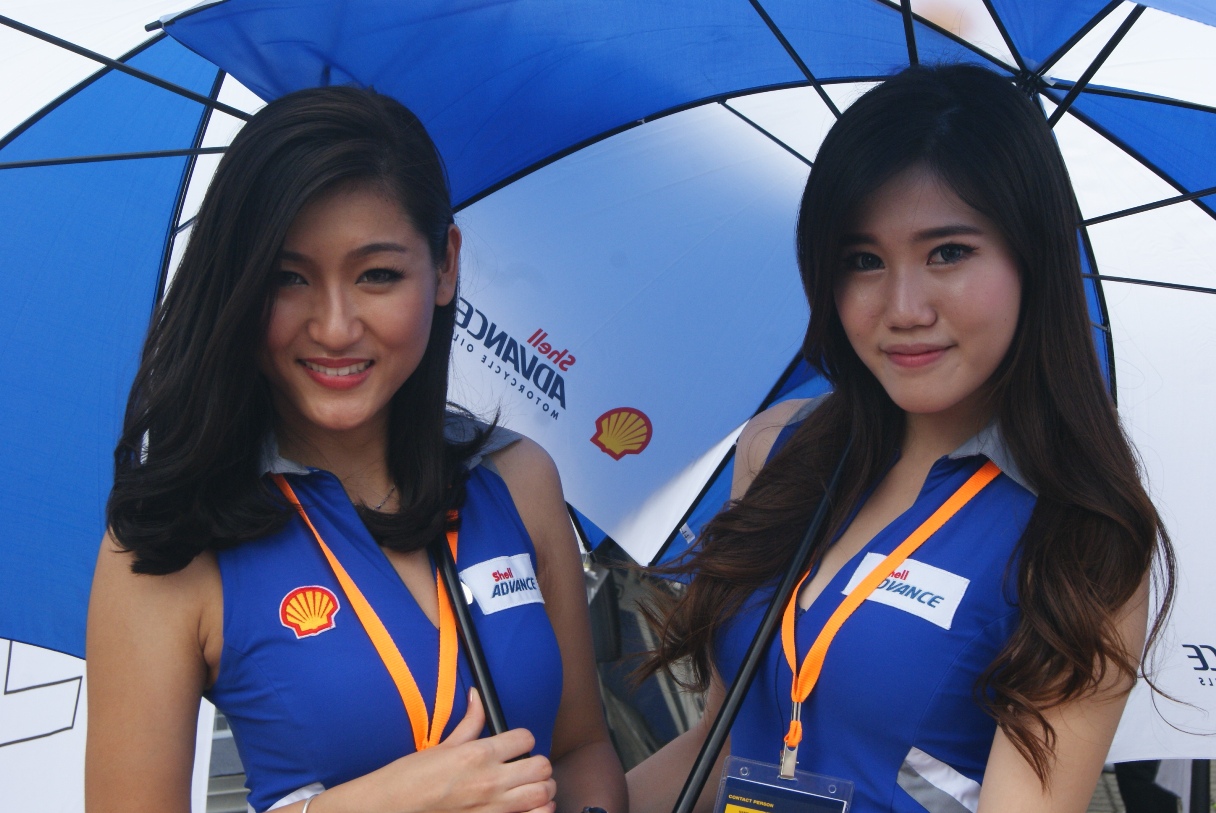 Visitors to the second day of the crowd-pleasing Mega MotoGP Carnival enjoyed thrills and excitement aplenty at the carnivalheld here from 24 to 26 October 2014 in conjunction with the Shell Advance Malaysian Motorcycle Grand Prix 2014.

Among the highlights of the day for motorsports fans and their families and friends was the stunt show by Aaron Twite, a professional motorcycle stunt rider who awed the crowd with skills befitting his reputation as a multiple XDL World Championship Circle Challenge and Drift Champion.After his performance, fans were also delighted with the opportunity to meet Aaron up close.

“Since the Mega MotoGP Carnival kicked off in 2012, the response has always been enthusiastic – leading to an increase in the number of stalls and vendors, from more than 60 booths in 2012 to more than 70 in 2013 andmore than 80 booths this year. This year’s 65 vendors are offering two-wheel motorsports fans everything under the sun to cater to their passion, including great discounts and special promotions, some of which are exclusive to theMega MotoGP Carnival,” said Dato’ RazlanRazali, Chief Executive Officer of Sepang International Circuit (SIC).

Some vendors have travelled far – such as Miguel Ramos, owner of Australian company Autographed Collectables, a first time participant at the Mega MotoGP Carnival. Ramos, who is selling signed and authentic collectables of popular MotoGP heroes, from helmets and knee sliders to framed autographed pictures, said it was the best carnival that his company has participated in so far, due to the good response from the public. 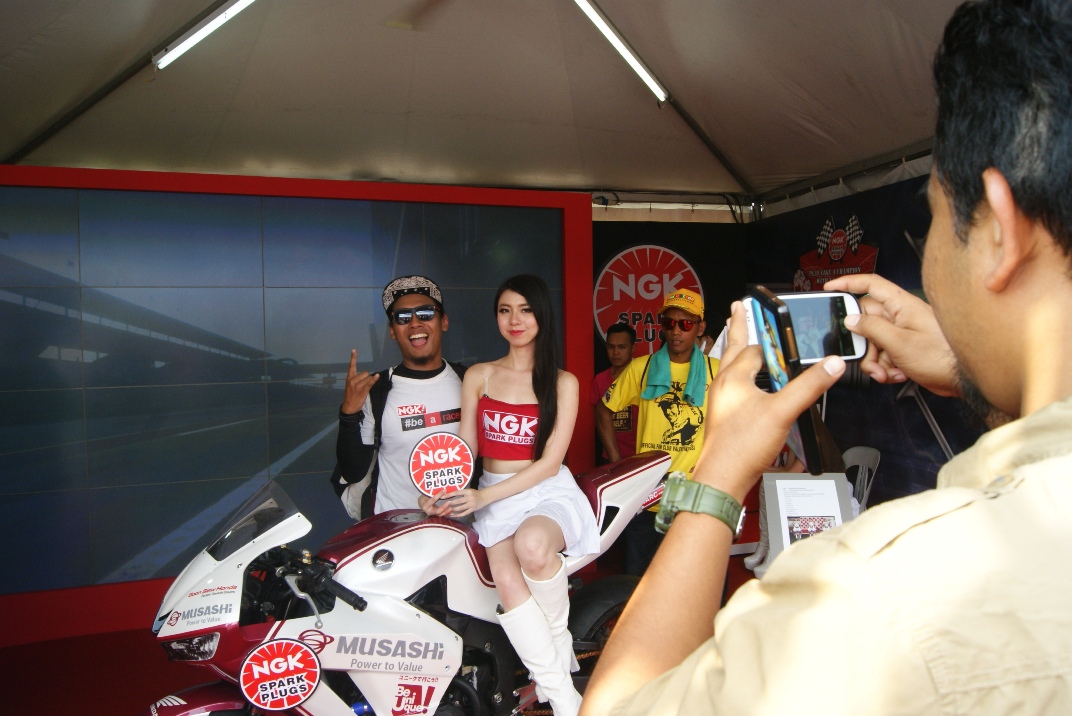 Another not to be missed element seen at the carnival were the MotoGP girls. Zoe Lim from Kuala Lumpur, one of the MotoGP girls was having the time of her life. “This is the first time I am working as part of the MotoGP and I find that it is awesome, fun and exciting, with the huge crowd contributing to the electrifying atmosphere. It’s a sign of the times – looking at all the motorsports fans taking selfies everywhere during the carnival,” she said.

The lovely girls were certainly memorable for carnival participants and visitors alike, some of whom were ever ready to whip out their smartphones for a selfie with the young ladies.  “This is my second time participating in the Malaysian MotoGP and it is an awesome opportunity to be seen among the beautiful models here,”shared Cadee Ong, another native ofKuala Lumpur. 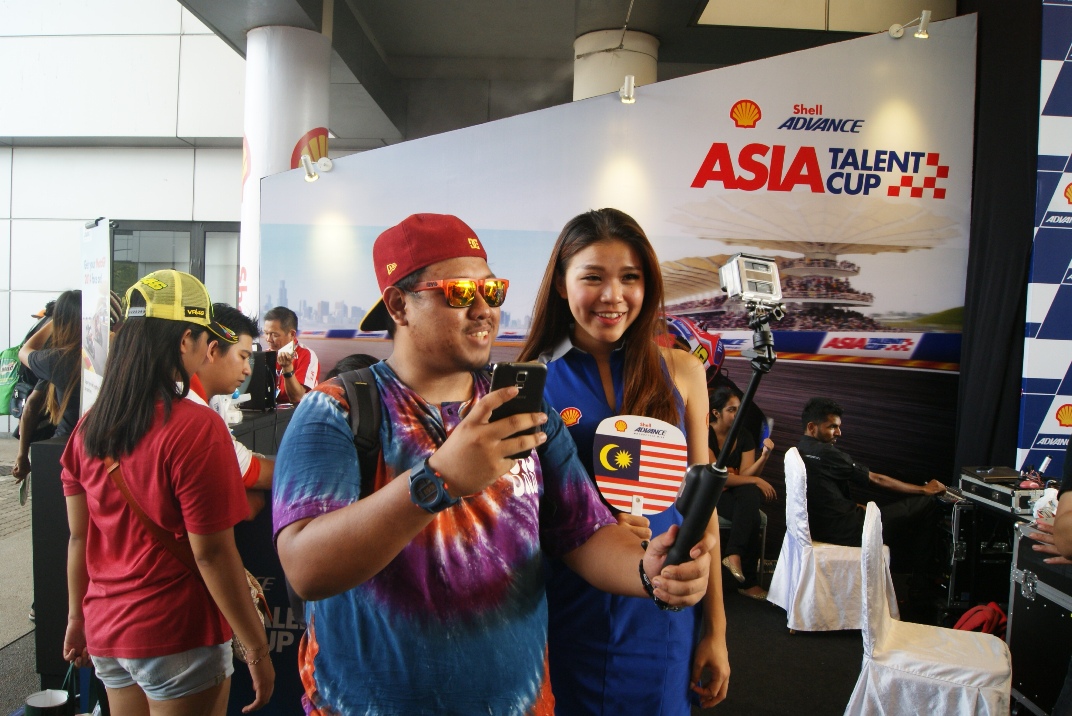