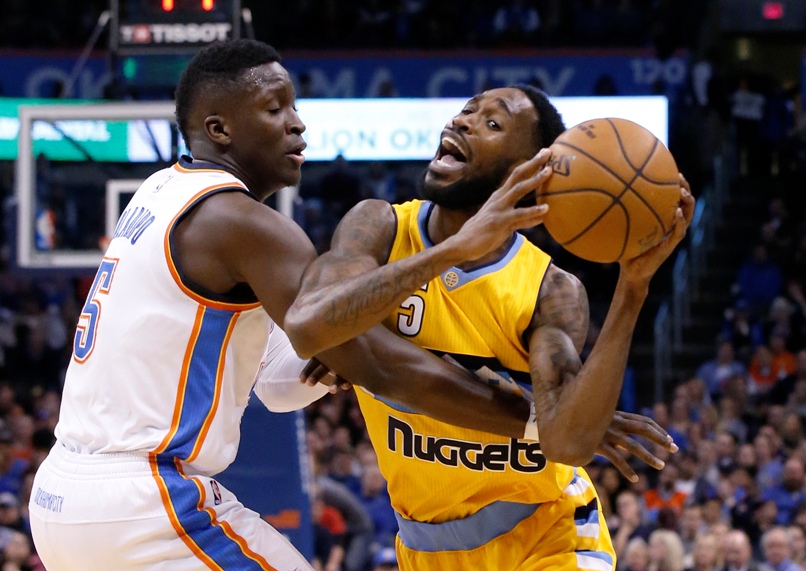 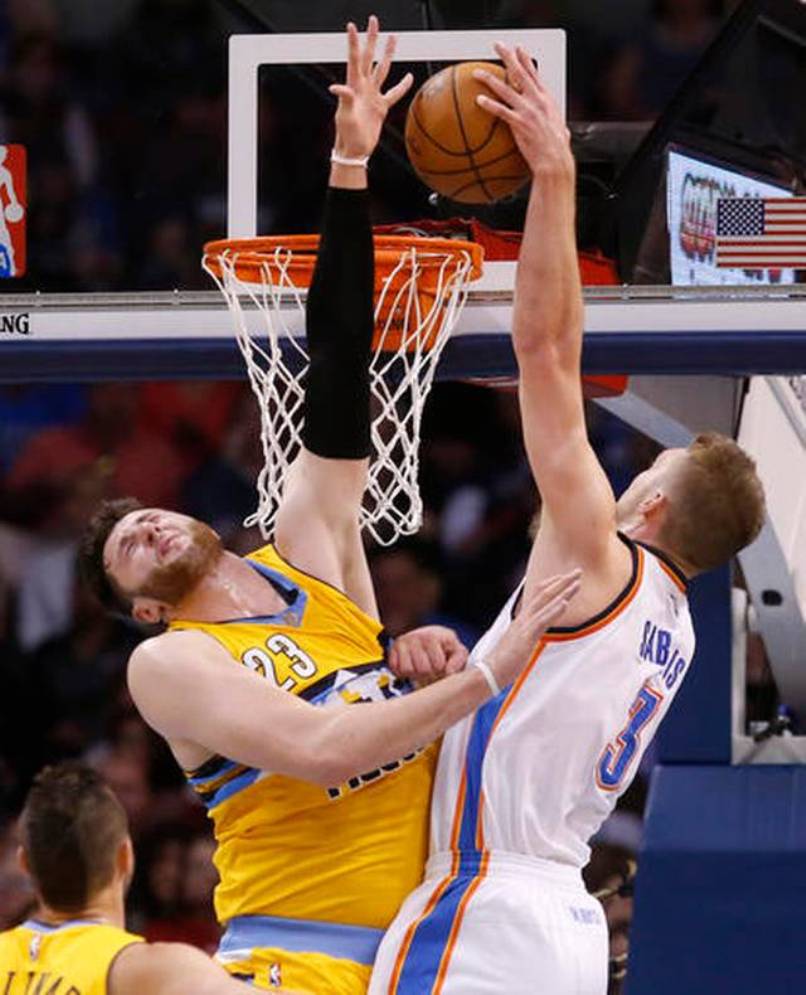 Russell Westbrook’s 17th triple-double of the season put him one short of his total for all of the prior campaign and led the Oklahoma City Thunder to a 121-106 NBA win over the Denver Nuggets on Saturday.

Westbrook racked up 32 points, 17 rebounds and 11 assists in his 54th career triple-double. His seven three-pointers were one shy of the career-high eight he served up in a loss to Houston on Thursday.

Reserve Wilson Chandler led the Nuggets with 24 points, but only five of those came in the second half.

Westbrook responded with a pull-up three-pointer and a steal that led to a three-point play by Thunder reserve Jerami Grant.

The Nuggets turned the ball over on the ensuing possession and they paid the price of another Westbrook three-pointer.

After Nuggets center Jusef Nurkic scored, Westbrook delivered another long-range bomb to stretch the Thunder’s lead to 114-96 with 4:17 remaining.

With Cameron Payne available for the first time since pre-season foot surgery, it was the first time this season the Thunder had been at full strength.

“He has worked really hard to get back to this point,” Thunder coach Billy Donovan said. “I think it’s good for him to get out there and compete and play.”

But it was rookie Domantas Sabonis who got the hosts off to a fast start, scoring nine points in the first quarter as the Thunder took a slim lead.

Chandler kept the Nuggets close, firing from the perimeter and driving to the basket, and the score was knotted at 60-60 at halftime.

In the third the Thunder used Adams to good advantage, opening an eight-point lead heading into the final period. – Agence France-Presse