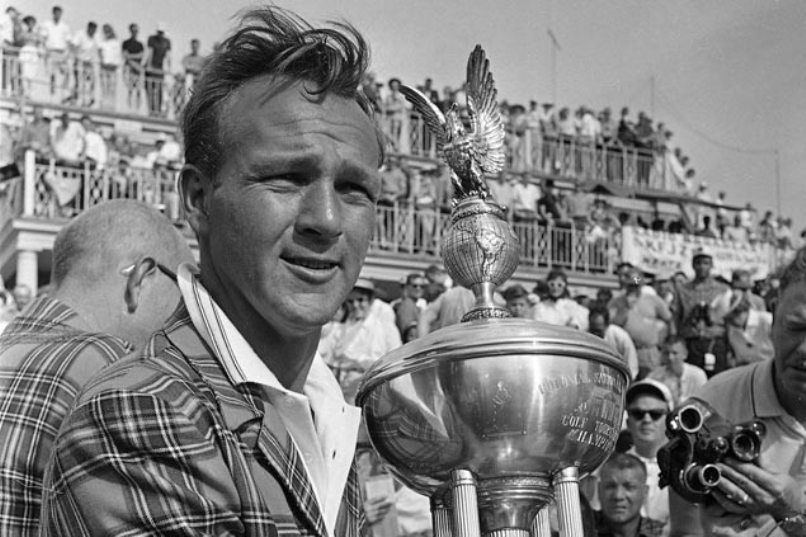 Tears were shed over the death of icon Arnold Palmer in September. But there was much to celebrate too, including golf’s returned to the Olympics for the first time since 1904, with England’s Justin Rose, the 2013 US Open champion, and South Korean Park In-Bee, a seven-time major winner, capturing gold medals in Rio.

But the Olympics was haunted by the withdrawal of several top men’s players, many over Zika virus concerns, and months later by the course’s failure to boost the sport‘s impact in Brazil.

But only two of them won major titles in the first year since 2011 that produced four first-time men’s major winners.

England’s Danny Willett won the Masters after Spieth had a Sunday back-nine meltdown while in position to claim back-to-back green jackets.

Johnson won the US Open on his way to US PGA Player of the Year honors, ending a series of major near misses.

Stenson won the British Open, outlasting Phil Mickelson in a two-man duel down the stretch at Royal Troon, only to fall short in an Olympic last-day showdown for gold with Rose. Stenson also claimed his second Race to Dubai crown on the European PGA Tour.

American Jimmy Walker was the wire-to-wire winner of the PGA Championship, edging defending champion Day by a stroke after rain set up a marathon final day and “lift, clean and place” rules.

Day did win three PGA events in 2016, the Arnold Palmer Invitatational and WGC Match Play as well as the Players Championship.

Johnson took the PGA money and low scoring awards although it was McIlroy who claimed the FedEx Cup playoff points crown after winning the Deutsche Bank Championship and season-ending Tour Championship.

Woods, a 14-time major champion with 79 career US PGA Tour triumphs, made his long-awaited return in December after a 16-month layoff following back surgery. Woods finished 15th in a field of 18 at the Hero World Challenge, showing flashes of his peak form but lacking consistency. Watching his fight back to tournament fitness figured to be one of 2017’s biggest attractions.

Another could be Japan’s Hideki Matsuyama, who won the Challenge for his fourth victory in two months and fifth of the year. He won twice in Japan and at a WGC event in Shanghai, finishing a career-best sixth in the rankings and serving notice he is a major threat next year.

The Americans defeated Europe 17-11 at Hazeltine to reclaim the Ryder Cup after having lost three in a row and six of the prior seven team showdowns, a US task force assembled after a 2010 defeat bringing a new push for the trophy fight.

Top-ranked New Zealand teen Lydia Ko, who took a silver medal at Rio, won the ANA Inspiration at Rancho Mirage for her second major victory in a row.

But it was Thailand’s world number two Ariya Jutanurgarn who won the LPGA season Race to the Globe and five LPGA events, three in a row in May plus the Women’s British Open for her first major crown and the Canadian Women’s Open. She took the LPGA money crown and Player of the Year honors.

There were a trio of first-time major winners — Canadian teen Brooke Henderson at the Women’s PGA Championship, American Brittany Lang at the US Women’s Open and Ariya.

South Korean third-ranked Chun In-Gee took her second career major at the Evian Championship as well as LPGA Rookie of Year and the Vare Trophy for low scoring average, edging Ko in a fight decided on the season’s last hole.