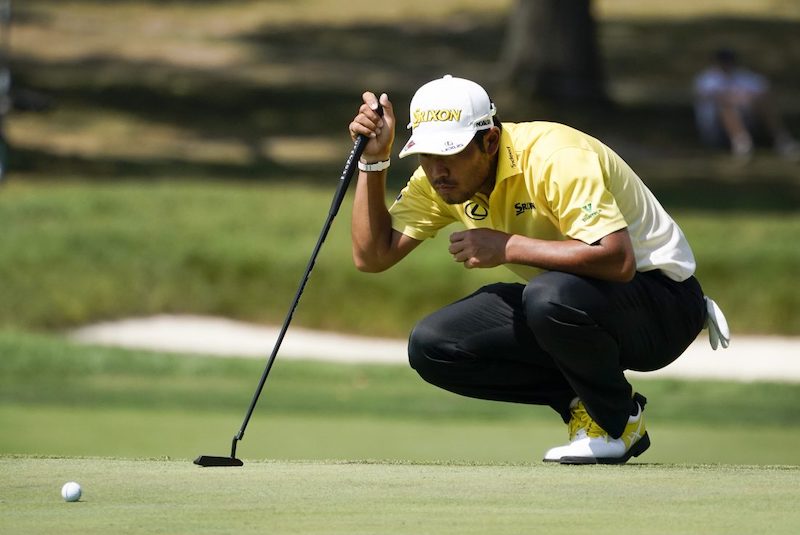 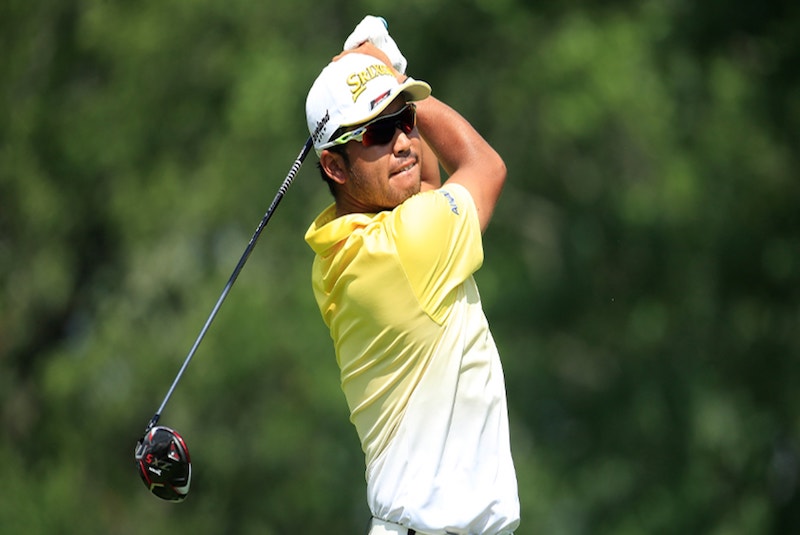 Japan’s Hideki Matsuyama battled to a 3-over 73 to relinquish his overnight lead at the BMW Championship on Friday but remains very much in the hunt in the penultimate event of the FedExCup Playoffs.

After opening with a 67, 28-year old struggled to hit his stride on a steamy day at Olympia Fields, finding only three fairways and six greens in regulation as he ended the second round with a 140 total to lie one shot behind joint halfway leaders, Patrick Cantlay (68) and reigning FedExCup champion Rory McIlroy (69). The leading duo are the only players under par after two rounds.

Billy Horschel, Tony Finau, Louis Oosthuizen, Brendon Todd, and Adam Scott are tied for fifth at 1-over for the tournament, with Tiger Woods in a share of 55th place after a 75.

“I wasn’t able to drive the ball well today, so it was a tough round,” said Matsuyama, who is seeking his sixth PGA TOUR title and first since 2017.

He began his day with seven straight pars before securing a birdie on the eighth hole by chipping in from 25 yards. It proved to be his lone birdie for the round as he dropped shots on Hole Nos. 9, 10, 15 and 17.

Currently ranked 18th on the FedExCup points list, the Japanese star is assured of a seventh successive appearance at in the Playoffs Finale, the TOUR Championship at East Lake Golf Club in Atlanta next week, which is limited to the top-30 players. The winner of the FedExCup will earn US$15 million.

Matsuyama is keeping his eye firmly on this week’s prize before heading to East Lake for another crack at the TOUR’s ultimate prize. No Asian player has won the FedExCup.

“It was just as tough as it was yesterday. I’m just happy that I’m in position where I’m at where I’m contending for the weekend,” said Matsuyama, who has two previous top-10s at the BMW Championship including  a T3 at Medinah last year.

Korea’s Byeong Hun An added a 74 to his opening 73 to drop to a tie for 45th place while countryman Sungjae Im, eighth on the FedExCup points list, shot a 74 for a share of 63rd place. Im is already assured of a second straight appearance at the TOUR Championship.