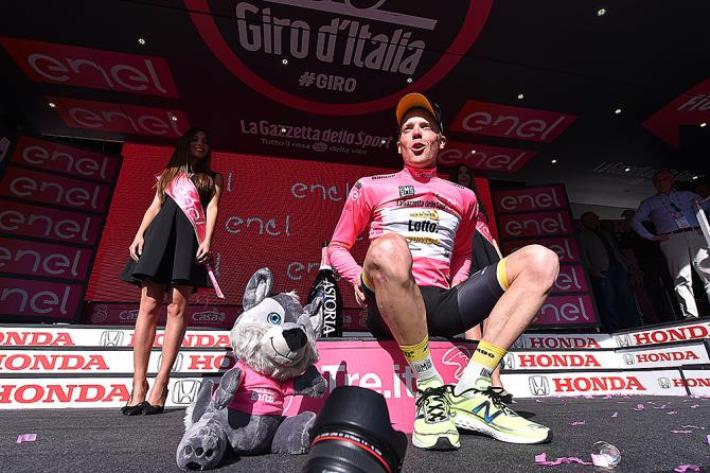 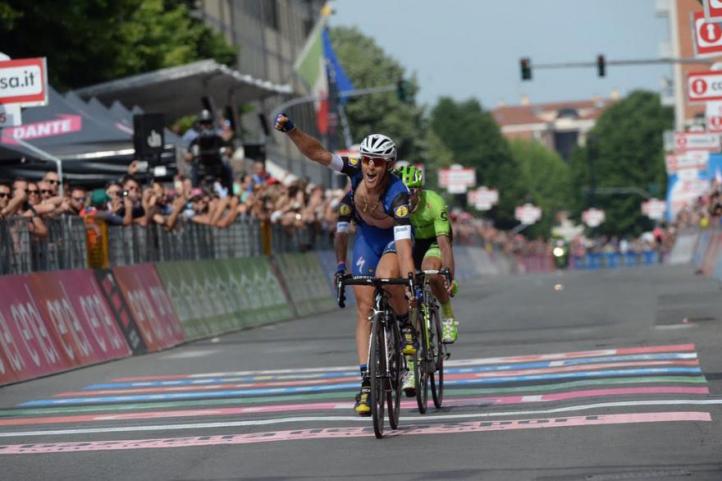 Italian Trentin was part of a four-man chase group behind Etixx team-mate Gianluca Brambilla and Moreno Moser coming into the finish.

But as Brambilla played the team game sitting in Moser’s wheel, Trentin made up a 15-second deficit before flying straight past the two leaders with less than 300-metres left to take the victory.

Dutchman Kruijswijk comfortably monitored any potential threats to his lead and finished in group of overall contenders to maintain his three-minute lead over Esteban Chaves in the standings.