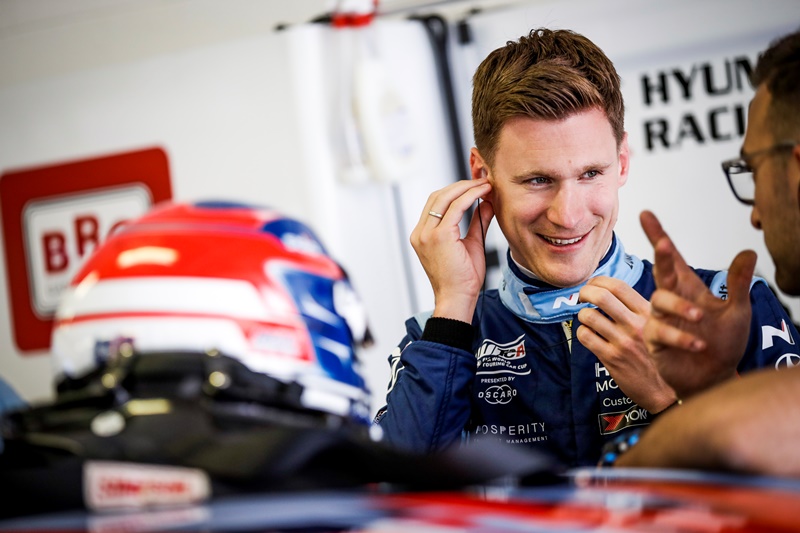 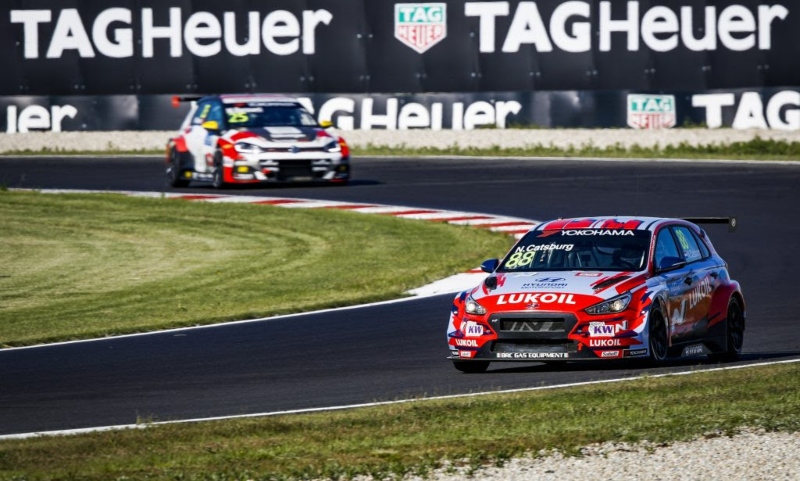 Essentially, Nicky Catsburg started out on his motorsport adventure because he didn’t smoke. And, as he also tells Martin Haven during the latest episode of the WTCR Fast Tallk podcast series presented by Goodyear, he followed quite an unconventional path to the WTCR − FIA World Touring Car Cup, where he’ll race with Hyundai power for a second season in 2020.

Catsburg was a contender in World Touring Car racing from the moment he got an unexpected call to drive a factory LADA at WTCC Race of Russia, the manufacturer’s home event, in June 2015. Despite his progression − and success − in GT racing, Catsburg was keen to diversify.

Twelve months on from his WTCC debut, the Dutchman was a winner in the category. The following year, in 2017, he formed part of the Volvo Polestar works effort, winning on the Nürburgring Nordschleife and leading the standings until a disastrous trip to Argentina.

Although the 32-year-old was absent from the first WTCR season in 2018, he joined the fray for 2019, lining up in a BRC Hyundai N LUKOIL Racing Team i30 N TCR. Catsburg didn’t make it onto the podium but he did score a DHL Pole Position double in Slovakia. He also cut a somewhat controversial figure as the title fight intensified.

There were accusations of dirty tricks in Japan, where he collided with Andy Priaulx, something Catsburg fervently denies, despite conceding he does have “aggressive” tendencies on track. He was also scolded by Yvan Muller for the contact that led to the Frenchman’s off in Race 2 at the Sepang super-finale in Malaysia last December, and the car fire that ensued for Catsburg, On this occasion, however, Catsburg was adamant that the combination of dry-weather tyres on a rain-coated track was always going to compromise his stopping power.

Catsburg wasn’t really destined for a career as a professional racing driver. In fact, he could have earned a scooter for good behaviour, but chose a racing school course instead. Although a generous father helped him on his way, initially in saloons before stints in Formula Ford and Formula Renault, the financial cost to his family for going racing didn’t really sit comfortably with Martin Haven’s latest WTCR Fast Talk guest. It made a move to GT racing − where salaried drives are in abundance − a priority from early on, particularly when he accepted that he’d never make it to Formula One.

“I was just playing football three times a week and I never really thought of a career in motorsport,” recalls Catsburg, who has combined GT and World Touring Car racing hugely effectively for several seasons. “I think I was 14 when my brother invited me to go indoor karting, which is in no way close to some of the professional karting that happens outside. I did it the first time and immediately I was in love. That was the beginning of the end I would say.”

He continues: “I have two sisters and one brother and, in our family, there was this rule that if you did not smoke until your 16th birthday, then you get a present. My brother got a scooter. I don’t remember what my sisters got, but probably some budget to go shopping! My plan was to also get a scooter because I didn’t smoke. But then I changed my mind. I told my father I didn’t want a scooter, I wanted to learn how to race and could I go to Zandvoort to do a racing course.”

A varied and highly accomplished career has followed with titles in Formula Ford and saloons, a Spa 24 Hours victory, plus numerous wins in GT racing and the WTCC. He’s also got married (he chose his race number of 88 after marrying his wife, Miriam, on 8 August, and become a father to a baby daughter last year. For 2020 he’ll partner Luca Engstler at Engstler Hyundai N Liqui Moly Racing Team for WTCR season three.

Nicky Catsburg’s WTCR Fast Talk podcast presented by Goodyear, the WTCR’s official tyre supplier, and hosted by Martin Haven is available in two parts at FIAWTCR.com and other outlets from 14h00 CET today (10 June) with part two from 14h00 CET on 12 June.Click here to listen or follow this link: https://www.fiawtcr.com/wtcr-fast-talk/