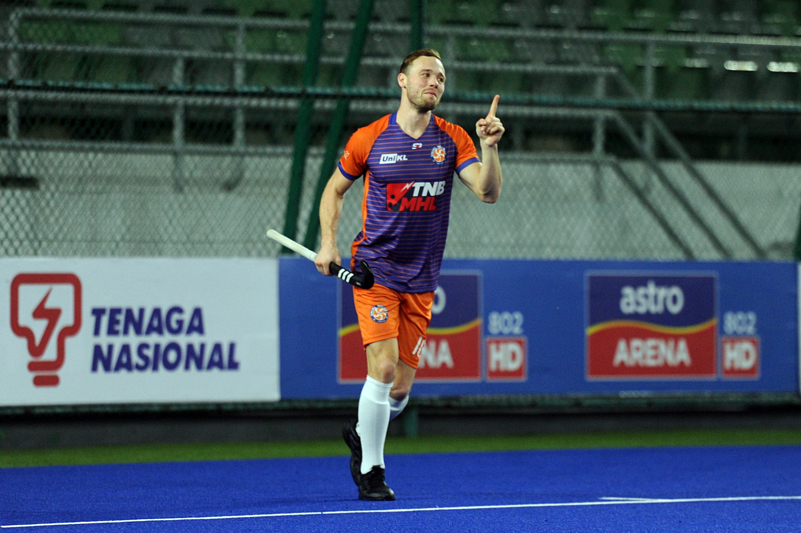 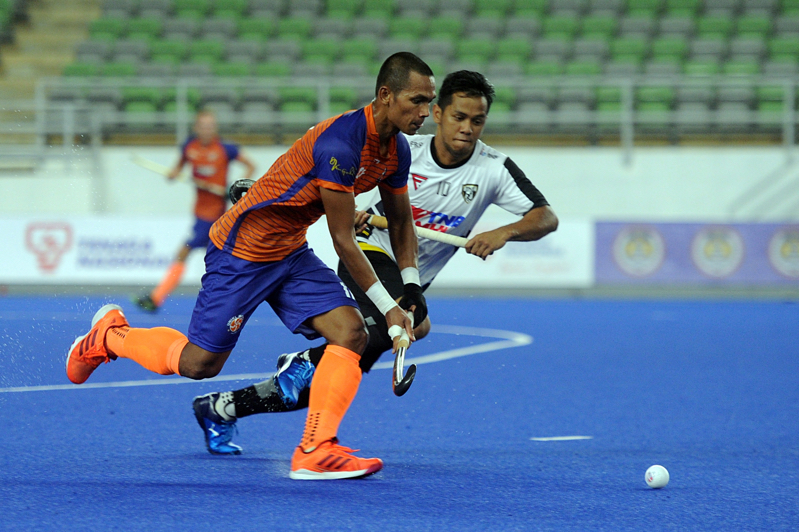 Universiti Kuala Lumpur continued the march towards defending the TNBMHL Premier League title with a 3-0 victory over Nurinsafi at the Sungai Petani Hockey Stadium today.

Following today’s win, UniKL remains second in the table standing behind Tenaga Nasional Berhad despite sharing 15-equal points while Maybank moved up to third (12 points) with a 3-2 win over TNB Thunderbolts.

The Sungai Petani Hockey Stadium boast of one of the better fields in the country. Host Nurinsafi got off well with a grand plan in front of 200 fans, kept the ball under control and moved around well.

In the 2019 league, UniKL came back from a goal down to secure a 3-1 win over Nurinsafi in the first leg at the Tengku Abdullah Hockey Stadium in Bangi and registered a 6-1 victory in the return leg at the Universiti Sains Malaysia pitch in Penang.

“It’s another three points in the bag with no injuries. We could have done better and hopefully with the four-day break the players will get a good rest for our next match against Maybank on January 29,” said UniKL coach Arul Selvaraj.

For the first 10 minutes, fans in Sungai Petani were presented with an entertaining match between the defending Premier League champions and the hosts who are reeling at the bottom of the standings with no points from four earlier matches and conceded 27 goals until Dutchman UniKL’s Roel Bovendeert took a hit on his mouth in a tussle for the ball in the 11th minute, whether deliberately or not, by Pakistani Imran Abbas.

The Dutch international had a chipped front tooth, needed medical treatment and was back on the field.

Two minutes later, he had the ball in the net as UniKL went ahead 1-0 going into the first quarter break. UniKL dominated the second quarter and had more goal-scoring opportunities.

On the opposite end, Nurinsafi earned two penalty corners but could not find any breakthrough. The reigning league champions returned in the third quarter with more venom and drag-flick specialist Muhammad Razie Abdul Rahim extended the lead in the 39th minute via a penalty corner conversion and Muhammad Nazmi Farizal Jazlan sneaked in the third goal in the 59th minute from a goalmouth melee.

In Bukit Jalil, TNB clawed back from a goal down to defeat 2019 TNB Cup champions THT 4-2 at the National Hockey Stadium in Bukit Jalil.