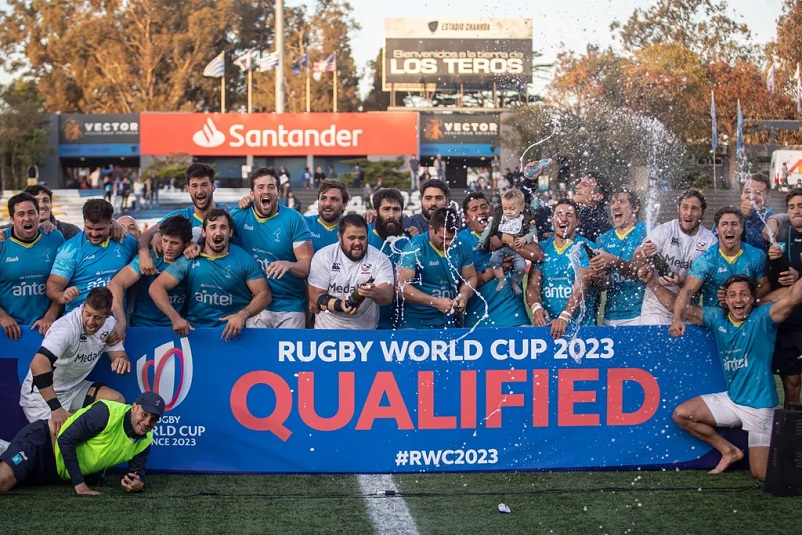 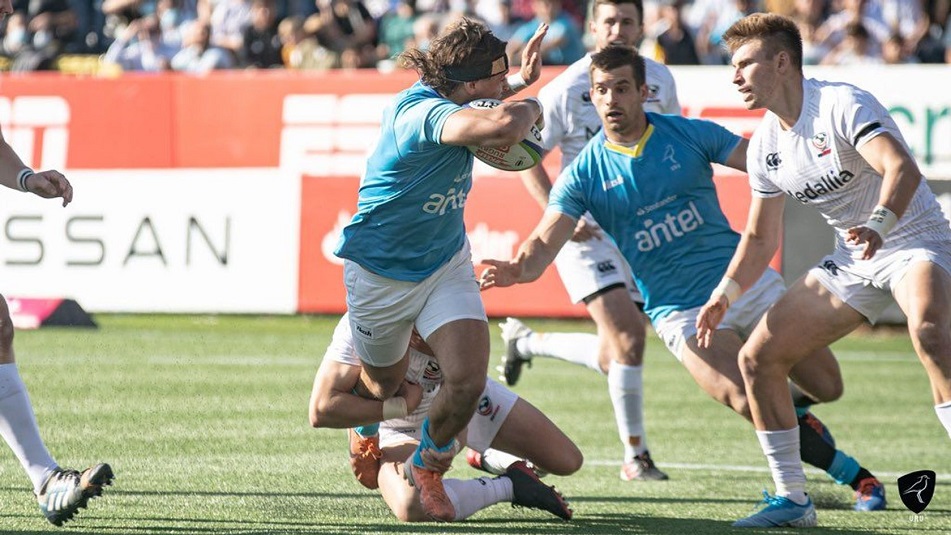 Uruguay overturned a three-point deficit from the first leg to qualify for Rugby World Cup 2023 as Americas 1.

Outscoring the Eagles four tries to two, they put last weekend’s 19-16 defeat behind them to run out 34-15 winners on the day and 50-34 on aggregate.

USA will play Chile, home-and-away next year, for the right to go to France 2023 as Americas 2.

Chile kept alive their dream of appearing at a Rugby World Cup for the first time after an historic win over Canada in Valparaiso.

Canada had won the first leg 22-21 but were well beaten by Los Condores in the second tie and fell to a 33-24 defeat, meaning their ever-present tournament record is now at an end.

A good-sized crowd inside the Estadio Charrua basked in both the sunshine and the glorious running rugby their side produced on what turned out to be a momentous day for Uruguayan rugby.

Two tries from full-back Rodrigo Silva bookended a scintillating performance with ball in hand from Los Teros, with tries from winger Gaston Mieres and hooker Facundo Gattas coming in between. Goal-kicking winger Federico Favaro also had a good day with six successful attempts out of seven bringing him a 14-point haul.

The game and the overall tie was still very much in the balance at half-time with Los Teros only leading 13-8, thanks to Silva’s opening try and two penalties and a conversion from Favaro.

USA’s points came from a Will Magie penalty followed by a Mika Kruse try just before the half-hour mark. Kruse showed his pace in scoring in the first leg and did so again after a well-executed blindside move from an advancing scrum.

But other than that, the Eagles offered little and Los Teros should have had a bigger points cushion.

Uruguay soon discovered the clinical edge that was lacking in the first half, scoring three tries in a devastating 12-minute spell just after the restart to leave USA rocking.

Throughout the match, Uruguay had found holes in USA’s defence easy to come by and that was the case when Mieres darted over in the 42nd minute.

Gattas’ effort for Uruguay’s third try was typical of a hooker’s score, from close range after a series of pick and goes, but Silva’s second was a good example of how comfortable Uruguay looked with ball in hand. Nicolas Freitas had played a part in Silva’s first try and another strong run and a couple of well-timed passes set him up for his second.

As a proud team, USA never gave up and the last quarter was spent largely in Los Teros’ 22. But after sustained pressure and a succession of penalties against the home side, all that the Eagles could manage by way of a reply was a try in the corner from right-wing Christian Dyer after a neat flick on by Kruse. 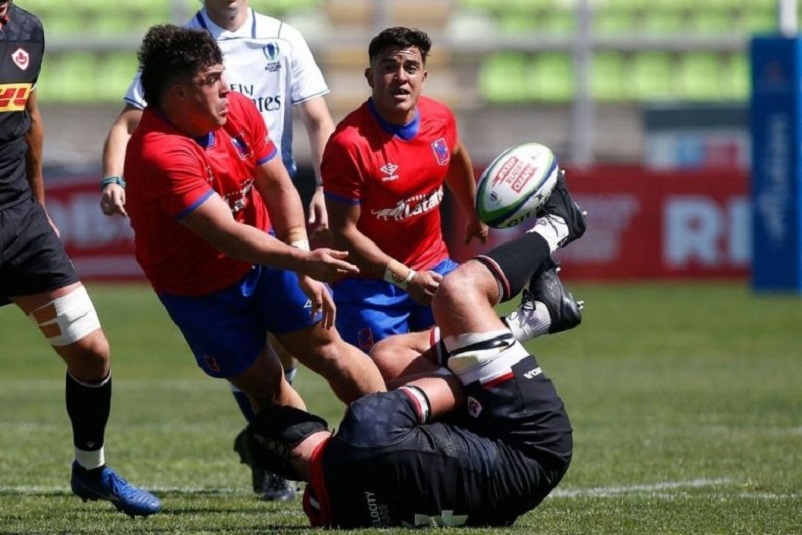 Santiago Videla scored a try and kicked 18 points as Chile stayed in the hunt for the Americas 2 ticket with a first-ever win against Canada.

Los Condores comfortably wiped out the one-point deficit from the first leg in Langford, which Canada won 22-21.

Canada had never failed to qualify for a Rugby World Cup before but that record looked in serious danger from the moment two Videla penalties had cancelled out an early strike from Peter Nelson.

Fly-half Rodrigo Fernandez then produced a moment of magic when he caught Ross Braude’s box kick and accelerated through the defence for a superb score.

With Videla adding the conversion and a third penalty, Chile had a 13-point advantage going into half-time.

Canada came out after the break fired up and after forcing Chile into conceding a succession of lineout penalties near their own try line, home hooker Augusto Bohme was sent to the sin-bin.

Once again Canada kicked to the corner and this time Chile were unable to prevent Bohme’s opposite number, Eric Howard, from grounding the ball. Nelson converted to make it 16-10.

Any hopes that the try would spark some life into Canada were quickly dashed, though, as they knocked on at the restart and conceded a penalty which led to Chile’s second try, prop Matias Dittus crashing over from a tap-and-go move.

Canada continued to get on the wrong side of referee Nehuén Jauri Rivero’s whistle and eventually his patience wore thin, resulting in a yellow card to Djustice Sears-Duru. Videla slotted the resulting penalty to make it 26-10.

Andrew Quattrin’s converted try from a lineout drive gave Canada a glimmer of hope at 26-17 with 13 minutes left to play. But, once again, they failed to deal with the restart and gave Chile an easy foothold in the 22, which led to Videla scoring and then converting his own try.

Trailing by 15 points on aggregate with only 11 minutes left, Canada threw everything they had at a Los Condores side by now reduced to 14 men following Salvador Lues’ sin-binning.

But their only reward, a try for Kainoa Lloyd, converted by first-leg matchwinner Robbie Povey, was too little too late. – WORLD RUGBY