Home Football US down Paraguay to top group as Colombia stunned 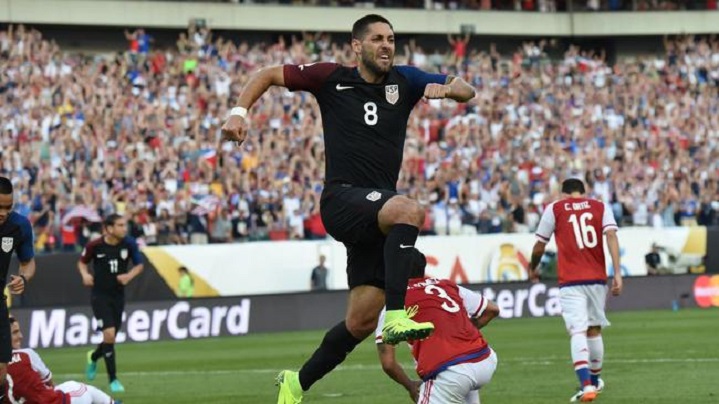 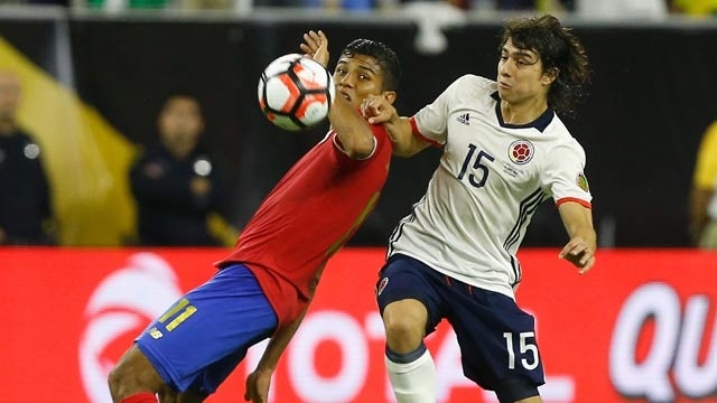 The United States battled to a 1-0 victory over Paraguay to seal their place in the Copa America Centenario quarter-finals on Saturday as group rivals Colombia crashed to a potentially costly 3-2 defeat to Costa Rica.

A first-half strike by Clint Dempsey secured a precious win for the hosts which ultimately ensured Jurgen Klinsmann’s team finished on top of Group A after Colombia’s loss.

The combination of results means the US will now play the runner-up from Group B, possibly avoiding five-time world champions Brazil who are favored to win their group.

While Dempsey was the goal hero, the US victory owed everything to a disciplined defensive display after they had been reduced to 10 men with DeAndre Yedlin’s dismissal early in the second half.

Paraguay spent long periods camped in the US half after Yedlin was sent off for collecting two yellow cards in a matter of minutes but a gutsy rearguard action from the Americans saw them hang on for a gritty win.

Klinsmann — whose position has come under renewed scrutiny during the tournament — hailed his side’s discipline.

“It was a fantastic performance,” the former German international striker said.

“The way they grinded it out, the way they kept their shape and their discipline and the way they worked for each other was outstanding. They all deserve a huge, huge compliment.

“I’m thrilled for the team because they really deserved that. It’s a huge statement. This team has fantastic spirit,” he added.

Klinsmann meanwhile refused to criticize Yedlin for the loss of control that led to his red card.

“He just lost his head for a second,” Klinsmann said of the 22-year-old.

“He’ll learn from that mistake. Next time just cool down for a couple of minutes and slowly find your way back into the game.”

The defeat sealed Paraguay’s worst Copa America display since 2001, the last time they failed to progress beyond the group stage.

With the US winning, all eyes turned to Houston to see whether Colombia — who had beaten the US in their opening game — would secure the point they needed to finish on top of Group A.

Yet Colombia coach Jose Pekerman’s decision to make 10 changes to the side that had beaten Paraguay in their second game backfired as Costa Rica, determined to bounce back after their 4-0 rout by the US on Tuesday, attacked from the whistle.

Costa Rica took the lead in the second minute, when Johan Venegas curled in a sublime shot from outside the area that is likely to be a contender for goal of the tournament.

Colombia hit back in the seventh minute through Frank Fabra, but Costa Rica went back in front just after the half hour mark.

Venegas was again involved, crossing to the far post where Fabra could only divert the ball into his own net to make it 2-1.

Marlos Moreno pulled a goal back for Colombia from Juan Cuadrado’s cutback but it was to be too little too late for Pekerman’s side. – Agence France-Presse