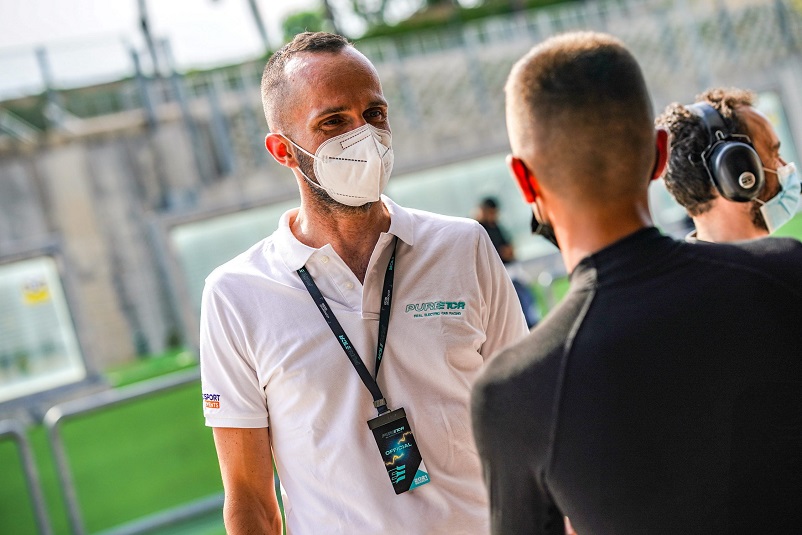 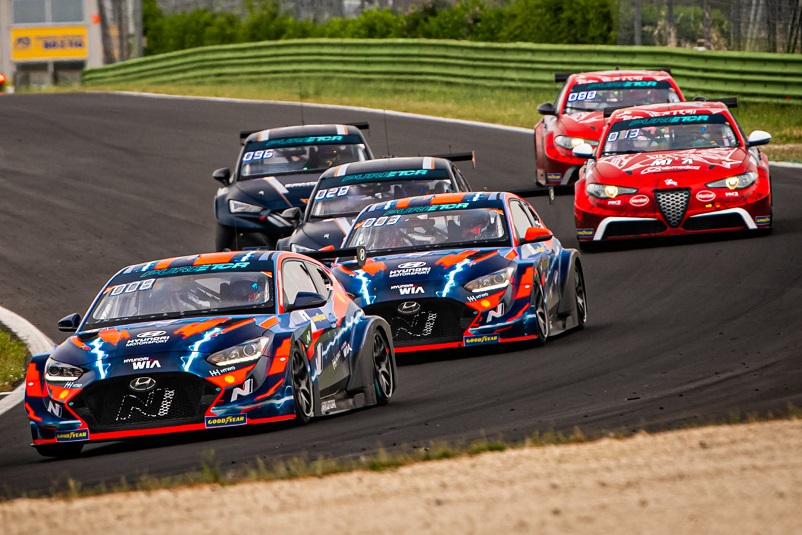 Now that the dust has settled on this ground-breaking event, Series Director Xavier Gavory reflects on the success and learnings from Vallelunga and looks ahead to the upcoming event at MotorLand Aragón.

Would you call Vallelunga a success?

Xavier Gavory: “Yes. Absolutely, and that’s a great reflection on the drive by everyone involved in the series, whether they be as part of our team at Eurosport Events [the promoter], at WSC [creators of the ETCR concept] or from the manufacturers and other stakeholders. The cars were super reliable, and the Battle format worked very well, from The Draw – which definitely shook things up – onwards. There was drama, very close racing, full speed from start to finish, heroic recoveries and two fantastic DHL SuperFinals with great passing moves and drivers really working out how to maximise the Power-Up.

XG: “Pretty positive. We were proud to announce a global TV package ahead of Vallelunga with 29 broadcasters in 159 countries – something quite unprecedented for a package that nobody had yet seen. We accept that we’ll have to keep evolving our editorial line in the push to attract even more broadcasters, but the essential building blocks are there and what we’ve seen since the Vallelunga weekend proves that.

What level of media coverage was achieved?

XG: “The coverage during the build-up to Vallelunga and immediately afterwards was excellent across the traditional motorsport and automotive media, plus electric vehicle specialists, general sports, technology and even lifestyle media. On the week of the event, there were more than 1,200 articles published online with a cumulative reach of more than 4.2billion people – that’s a lot for a new series – with the potential to access and engage with PURE ETCR. One common thought was that people couldn’t believe just how fast the cars were when the Starting Gates opened. It’s that kind of eye-opening experience that we hope to share with lots of people this year and beyond.”

XG: “The fan reaction was very positive and encouraging. Many people came to PURE ETCR with an open mind, enjoyed the innovative race format and chose to post really positive comments on social media. You will always have a small section who haven’t really caught the electric bug yet, but these are exactly the people we’re trying to reach out to and show that electric cars can have mind-blowing performance beyond what they’re used to. Torque like a Bugatti Veyron and more power than anything other than Formula 1 nowadays… And in a touring car! Who wouldn’t want to experience that? It will be fantastic to welcome fans to PURE ETCR for the first time in Spain this weekend now that they are allowed to attend events in the Aragon region.”

What could you have done better?

XG: “A lot, ha ha! It was our very first event, so of course on the one hand there were in one hand some unexpected things that happened, but the team dealt with these very professionally and delays were minimal. On the other hand, we will keep building momentum all year long, bringing more tweaks to the Series, in term of TV production, storytelling, etc. We’ve certainly taken on-board some feedback from teams, media and fans about certain aspects of the show, and we’re going to make a few tweaks to the Sporting Format at MotorLand Aragón to try and spice things up a little. The goal is to be 100% set for the FIA eTouring Car world cup in 2022.”

What are those Sporting Format tweaks?

XG: “We found that the racing was much better in the rounds where we used Power-Up. At Vallelunga this meant 40 seconds per driver, per race, where you could increase your power from 300kW to 500kW to try and help overtaking. We saw lots of different strategies employed by the drivers and this made the DHL SuperFinals, in particular, breathtaking. We only used Power-Up in Round 1 and the DHL SuperFinals in Italy, but in Spain we will add Power-Up to Round 2 to increase the overtaking opportunities. Instead of 450kW constant power, drivers will have 300kW constant power and access to 200kW Power-Up from Aragón onwards. The other tweak is just a minor timetabling adjustment.”

How will you enhance the TV viewing experience?

XG: “A few evolutions that should simplify what fans seeing while also increasing their understanding. This will mainly be around showing speed and power figures in a more clear way to underline how the impressive the performance of these cars. Fans will also be able to hear drivers speaking to their team in the Hot Zone in real time, which wasn’t available in Italy. It will add a new level of insight and intensity to the viewing experience.”

You’re going to introduce a Twitch stream, aren’t you?

XG: “Yes. For the first time we will make an experimental broadcast on Twitch. We’re going to offer a different type of viewing experience for fans who are watching PURE ETCR via our Twitch stream and make it a lot more interactive with our drivers. We’re still finalising the details of how it will work, but we’ll reveal more in the coming days.”