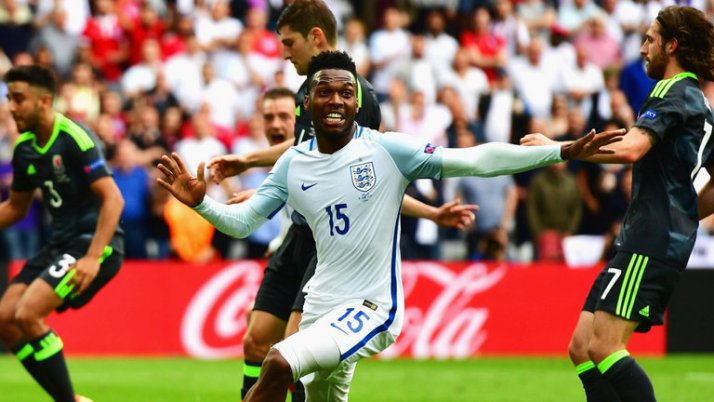 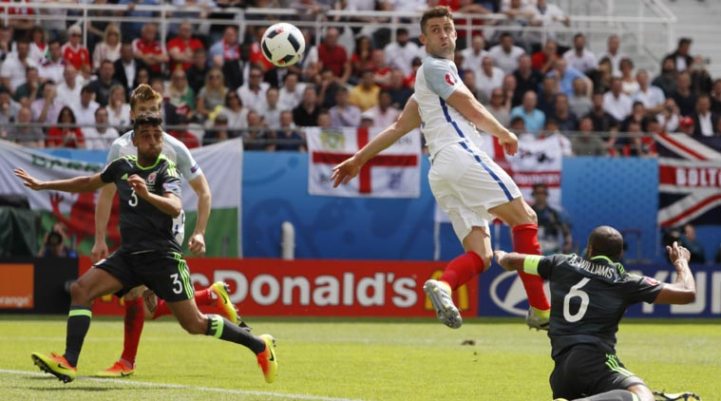 Jamie Vardy and Daniel Sturridge rose from the bench to score as England came from behind to defeat neighbours Wales 2-1 in Thursday’s all-British Euro 2016 clash in Lens.

Just as he had in Wales’s opening 2-1 win over Slovakia, Gareth Bale put Chris Coleman’s side ahead with a long-range free-kick that England goalkeeper Joe Hart could only fumble into the net.

But Vardy and Sturridge came on at half-time and after the former had equalised in the 56th minute, the latter smuggled in a stoppage-time winner that fired Roy Hodgson’s men to the top of the group.

Wales are a point back in second place, above Slovakia on head-to-head record, and need to beat Russia in Toulouse on Monday to guarantee one of the two automatic qualifying berths.

A draw against Slovakia in Saint-Etienne will suffice for England and they will approach the game with renewed optimism after belatedly kicking their tournament into gear.

It was the 102nd meeting between the teams, but the first at a major championship, and the boxy, British-style Stade Bollaert-Delelis provided an ideal setting on a day when fears of fan violence failed to materialise.

Wales recalled first-choice goalkeeper Wayne Hennessey after he missed the win over Slovakia owing to a back spasm, as well as Joe Ledley and Hal Robson-Kanu, who came off the bench in Bordeaux to score the winner.

While it meant that Wales were at full strength, they were content to let England, who were unchanged, force the issue and it was Hodgson’s men who bossed the first half on a sunny afternoon in northern France.

They should have taken the lead in the seventh minute when Harry Kane freed Adam Lallana to cross for Raheem Sterling, but from seven yards out the Manchester City man could only slide the ball over the bar.

Gary Cahill and Chris Smalling threatened with headers, while the most contentious incident of the first period saw Kane denied a penalty when his close-range header struck Ben Davies’s outstretched left hand.

Bale, Welsh antagoniser-in-chief in the build-up to the game, had been a peripheral figure, save for a shot that was blocked by Cahill, but three minutes before half-time he strode onto centre-stage.

Wayne Rooney’s foul on Robson-Kanu gave Wales a free-kick 35 yards out in a central position. Though Bale’s shot had vicious pace and dip, Hart should have done better than palm it inside his left-hand post.

It made the Real Madrid forward the first Wales player to score against England since Mark Hughes, on his debut, in May 1984.

When the half-time whistle came, it drew a cascade of boos from the England end.

Hodgson was quick to react, sending on Vardy and Sturridge for Kane and Sterling at the break, and after Rooney had seen a low curler palmed behind by Hennessey, his side equalised.

Sturridge’s flighted cross from the left was knocked down at the back post and Vardy swivelled to tuck away his fourth international goal.

He was standing around four yards offside, but replays showed that the previous touch had come from Wales captain Ashley Williams.

The on-pitch scene soon resembled the Alamo as Hodgson threw on teenage Manchester United striker Marcus Rashford for Lallana, leaving England with four of their five named forwards on the pitch.

Despite the charge it seemed Wales would hold out, only for Sturridge to collect Dele Alli’s clever flick and steer a shot past Hennessey in the first minute of stoppage time, silencing the Welsh hordes. – Agence France-Presse