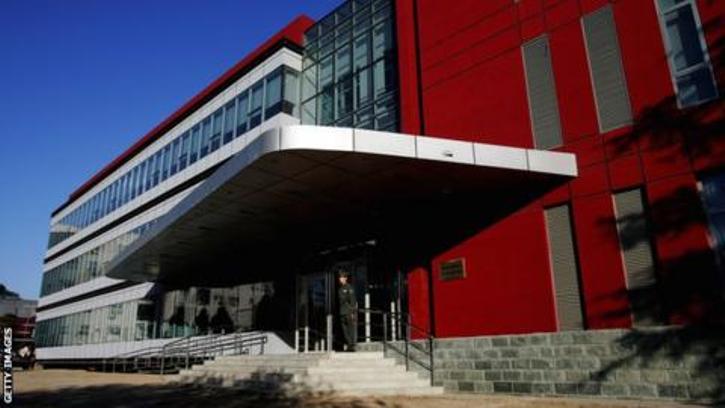 The World Anti-Doping Agency suspended the accreditation of China’s national anti-doping laboratory on Thursday, just months out from the Olympics and weeks after a drugs controversy in Chinese swimming.

The suspension for a maximum of four months means China’s National Anti-Doping Laboratory is barred from carrying out WADA-related tests such as blood and urine analysis.

“During the period of suspension, samples are required to be transported securely to another WADA-accredited laboratory,” Montreal-based WADA said in a statement.

China has become a leading Olympic power, topping the medals table at the Beijing 2008 Games and finishing second behind the United States in 2004 and 2012.

China was also second in the swimming events at London 2012 after distance specialist Sun Yang — who secretly served a brief drugs ban in 2014 — and medley sensation Ye Shiwen led them to five gold medals.

WADA said China can appeal the suspension and can also apply for reinstatement if it takes five unspecified “remedial steps” and addresses its “non-conformities”.

No one from the Chinese Anti-Doping Agency (CHINADA) was available to comment when contacted by AFP on Friday. An official at China’s General Administration of Sport said it also had no reaction yet.

The battle against doping has intensified in the run-up to Rio, with Kenya threatened with being barred from the Games after a string of failed tests.

Russia is also fighting to overturn a ban on its track and field athletes after a WADA independent commission found evidence of state-sponsored doping.

Last Friday, WADA revoked the accreditation of the Moscow anti-doping laboratory, which was suspended in November after an independent investigation found its director had ordered nearly 1,500 samples to be destroyed.

The Beijing laboratory is the only WADA-accredited facility in China, according to WADA’s website.

Its suspension, less than four months from the start of the Olympics in Rio, comes after three Chinese swimmers tested positive for clenbuterol, with two, neither of them well known, let off with warnings in late March.

That announcement came after whistleblowers told Britain’s The Times newspaper that five positive drug tests had been covered up by Chinese authorities.

Chinese sport has periodically been embroiled in controversy, with coach Ma Junren notoriously attributing the stunning performances of his women distance runners in the 1990s to turtle blood.

Chinese swimming has an especially chequered history, with a rash of cases throughout the 1990s. Seven Chinese swimmers tested positive for steroids at the 1994 Asian Games in Hiroshima.

In 1998, swimmer Yuan Yuan was banned after Australian customs officers discovered a large stash of human growth hormone in her bags at the World Championships in Perth.

And in 2014, double Olympic champion Sun, the 1,500 metres world record-holder, served a three-month ban after he tested positive for the banned stimulant trimetazidine.

Sun’s ban was only announced after he had already returned to competition and won three gold medals at that year’s Asian Games in Incheon, South Korea. – Agence France-Presse