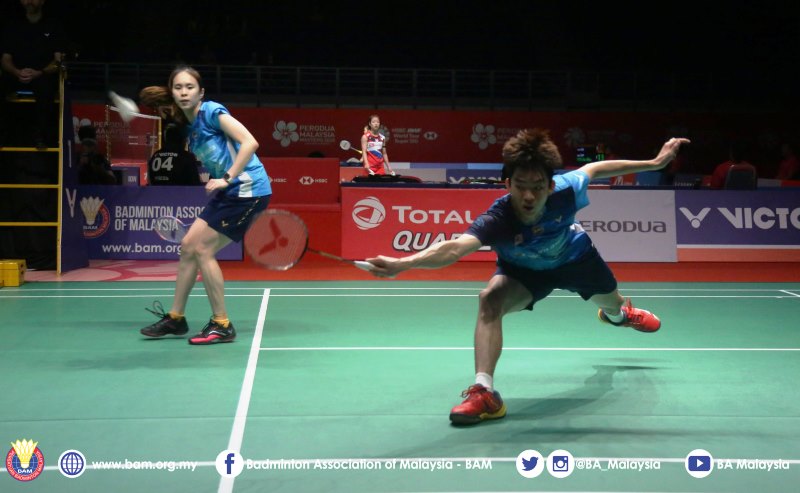 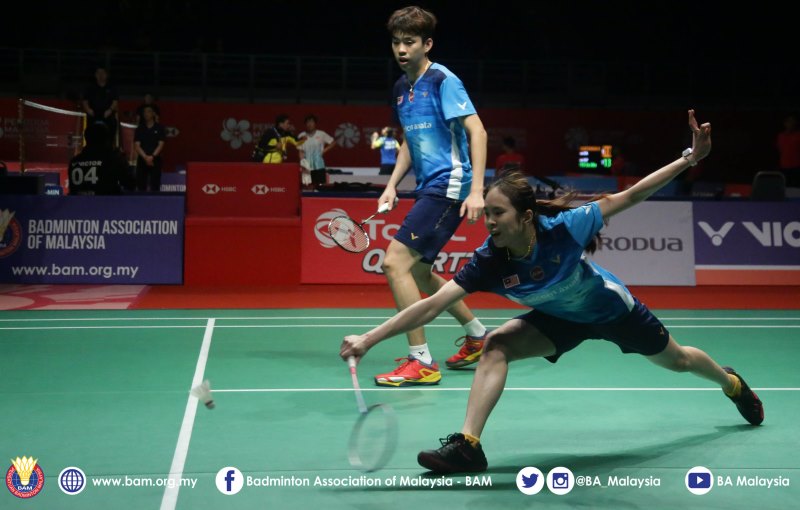 Not many had expected but rookie Malaysian pair Man Wei Chong-Pearly Tan Koong Le dumped Sea Games champions Praveen Jordan-Melati Daeva Oktavianti of Indonesia in the first round in the mixed doubles in the Perodua Malaysia Masters on Wednesday.
The unseeded Malaysians packed off the fifth-seeded Indonesians 21-18, 21-13 in 27 minutes at the Axiata Arena, Bukit Jalil to advance to the second round. They face another Indonesian hurdle in Hafiz Faizal-Gloria Emanuelle Widjaja in their quest for a place in the quarter-finals.
What made the win sweet for Wei Chong-Pearly Tan is that they had to come through the qualifying rounds to make the main draw. For Pearly Tan, it was a hectic Wednesday at the Axiata.
Earlier in the morning, she teamed up with M. Thinaah to reach the women’s doubles.
Coming back to the mixed doubles win over the fifth-ranked Indonesian pair  Pearly Tan believes it was “good on-court communication” that gave them the edge.
“I must admit that we were nervous about playing a top-ranked pair but once on the court, our on-court communication helped us.  We played we stuck to our game plan and were fully focused on the match.
“Maybe our opponents were under pressure to deliver. We played well and probably they did not play well and made simple mistakes…we turned that to our advantage,” said Pearly Tan.
In the Sea Games mixed doubles gold medal match Praveen-Melati beat Malaysia’s Goh Soon Huat-Shevon 21-19, 19-21, 23-21.
Meanwhile, in other mixed doubles match sixth seeds and Rio Olympics silver medal winners Chan Peng Soon-Goh Liu Ying hardly raised a sweat in their 21-7, 21-11 win over fellow Malaysians Low Hang Yee-Lim Chiew Sien.– BY RIZAL ABDULLAH