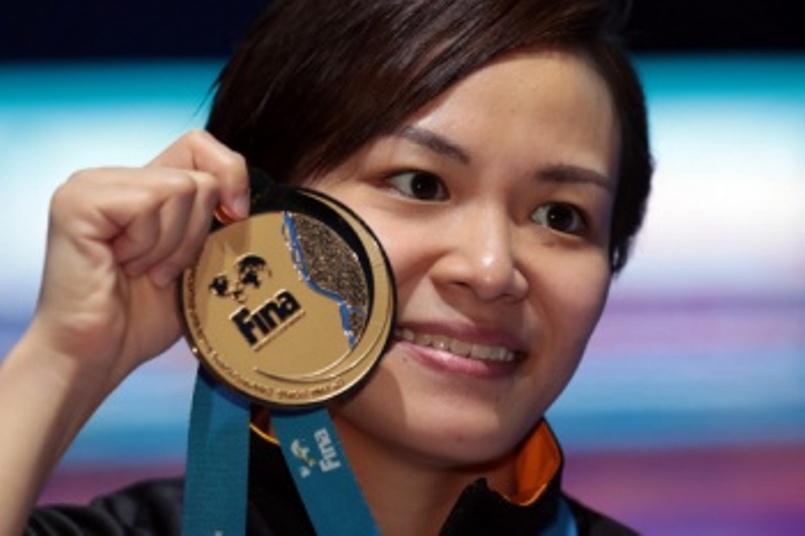 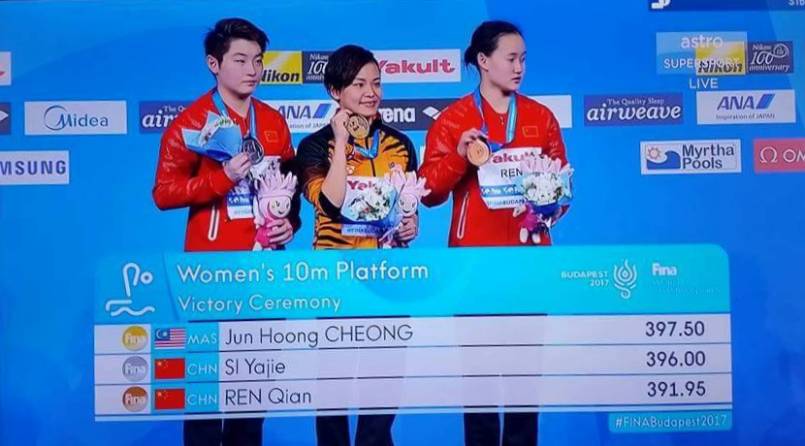 For the first time the Negaraku was heard at a world aquatic meet as Malaysia’s Cheong Jun Hoong dived herself into history books to become the nation’s first world champion when she won the 10m platform individual in Budapest, Hungary on Wednesday (Thursday in Malaysia).

Speaking on television after her gold – which left the Chinese, Rio Olympics gold medallist Ren Qian and Rio silver medallist Si Yajie, who were favourites to win – stunned.

Si Yajie, a former world champion, could only manage a silver in Budapest with 396.00 points while Ren Qian settled for the bronze with 391.95 points as Jun Hoong clinched the historic gold with 397.50 points.

“I am having goosebumps now,” said Jun Hoong in an interview over television on her victory which became an instant talk of the nation all over.

Shattering China’s dominance in the World Aquatics Championships in Budapest certainly calls for celebration – and the 27-year-old from Perak will be rewarded RM80,000 for her efforts.

“I have thanked God for watching over me and helping me achieve my dream. A top three finish was a possibility but to win the gold…I never expected.

“I am the world champion…my God,” added Jun Hoong.

“The feeling is simply indescribable.” – BY RIZAL ABDULLAH