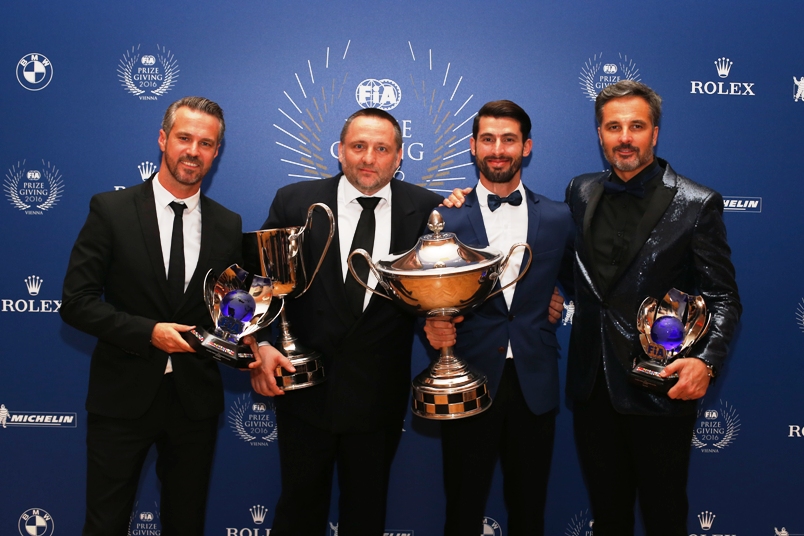 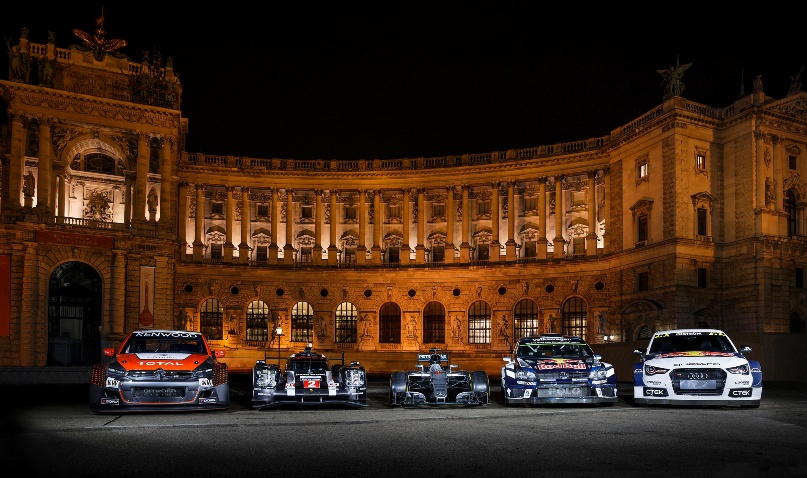 José María López (Argentina) was presented with his trophy for winning the World Touring Car Championship for Drivers for the third season running on the back of eight wins – including a victory double at the Nürburgring Nordschleife – seven pole positions and eight fastest laps. Yvan Muller (France) collected his trophy for finishing runner-up to his works Citroën team-mate, while Tiago Monteiro (Portugal) was handed the third-place trophy in recognition of the factory Honda driver’s best season so far in the WTCC, which is promoted by Eurosport Events.

Meanwhile, Yves Matton, the Director of Citroën Racing, picked up the WTCC makes’ award for the third year in succession after a dominant campaign during which the company celebrated 12 race wins, nine pole positions and 11 fastest laps, plus the WTCC Trophy title for independent racers courtesy of Mehdi Bennani (Morocco).

José María López (Argentina, Citroën C-Elysée WTCC): Position: First Points: 381 Wins: 8 Poles: 7 Fastest laps: 8 Laps led: 78
“The most amazing years of my career were spent in the WTCC. It gave me the opportunity to come back to Europe and compete against the best drivers in the world. If there is something I have really appreciated more than anything is that it’s like a family. You can speak with the drivers, you can be yourself and sometimes in other series it’s very difficult to find that. I can look back that it was a fantastic three years for me but also a bit sad that I am leaving behind something that gave me a lot of things personally and professionally. It’s not a goodbye but a ‘see you later’. I am still young and I can be back if the door is still open, which I think it will be.”

Yvan Muller (France, Citroën C-Elysée WTCC): Position: Second Points: 257 Wins: 1 Poles: 1 Fastest laps: 1 Laps led: 6
“I spent 11 years of my life in the WTCC and I had good times but every year was tough and hard fighting for the title, initially with Andy Priaulx, then Gabriele Tarquini, Rob Huff and now Pechito [López]. Now it’s time for me to stop is a very emotional moment but everything has to end and I’m so pleased it’s happening now with all these guys who I have so much respect for. Okay we had some fights and trouble but at the end we were all friends with a lot of respect. What I really did like is the collaboration with some guys, some drivers, some engineers, some mechanics, the human collaboration I had with people and that will remain in my mind forever. They were the important things.”

Tiago Monteiro (Portugal, Honda Civic WTCC): Position: Third Points: 214 Wins: 2 Poles: 1 Fastest laps: 0 Laps led: 19
“My aim at the start of the season was to finish in the top three of the championship. While I tried my absolute hardest to take second place, third is my highest finish in a season since I made my WTCC debut in 2007. The package we developed with Honda this year is a significant step forwards and I have more strength and confidence as a result.”

Yves Matton (Citroën Racing Director)
“This season was the last for Citroën as a factory team in the FIA WTCC. I would like to thank every member of the team for their commitment, their constant thirst for improvement and their willingness to represent Citroën in what was a new discipline for the team. I will cite two figures to demonstrate Citroën Racing’s know-how: 89 per cent of pole positions and 72 per cent of race wins in three seasons. Thanks must go, too, to José María López and Yvan Muller. I have been lucky enough to work with these two great champions, who are also great men. And I cannot help thinking of Sébastien Loeb and Ma Qing Hua, who also contributed so much to this success, which I will always remember as an amazing adventure for the people involved.”

As well as watching the WTCC’s most successful drivers and team principal of 2016 collect their silverware, guests at the FIA Prize Giving event were treated to a spectacular season highlights video produced by the Eurosport Events team in Paris. The video will be available online soon.

The 2017 FIA World Touring Car Championship gets underway at WTCC Race of Morocco in Marrakech from 7-9 April.