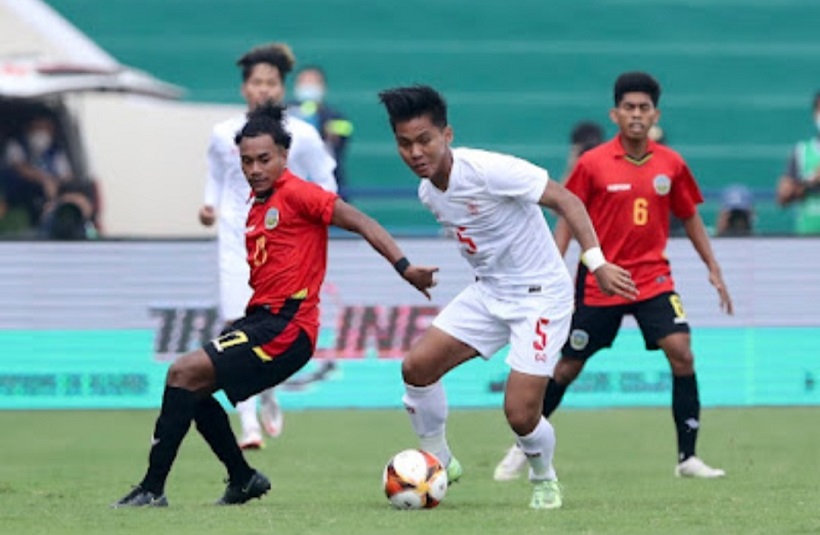 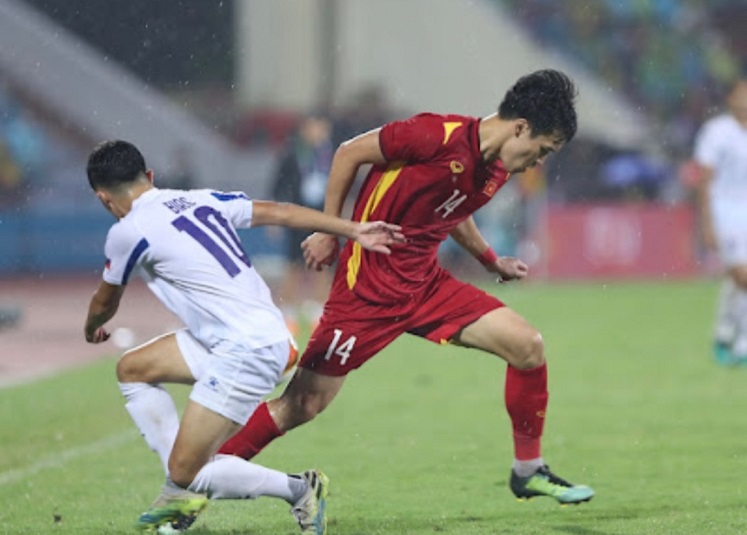 Aung Wunna Soe left it late to give Myanmar an inspiring 3-2 win over Timor Leste in their opening game of Group A of the SEA Games men’s football event that was played at the Viet Tri Stadium today.

While Myanmar picked up their first full points of the competition, the loss for Timor Leste was their second after conceding a 4-0 loss to the Philippines two days earlier.

But this evening, Timor Leste were a tad more inspired when they struck twice in the second half off Mouzinho (in the 52nd minute) and Jaimito Soares (64th) to cancel out Myanmar’s lead through Naing Win Tun (37th) and Htet Phyo Wai (41st).

However, the fightback was not enough to give Timor Leste their first point of the tournament when Wunna Soe made a fine finish deep in injury time for the win.

In the meantime, the Philippines remained top of Group A following their scoreless draw against hosts Vietnam.

Despite taking the lion’s share of the possession, Vietnam just failed to make it counts as the Philippines’ defence stood firm all the way to the finish.