Home International You have to be ready for anything 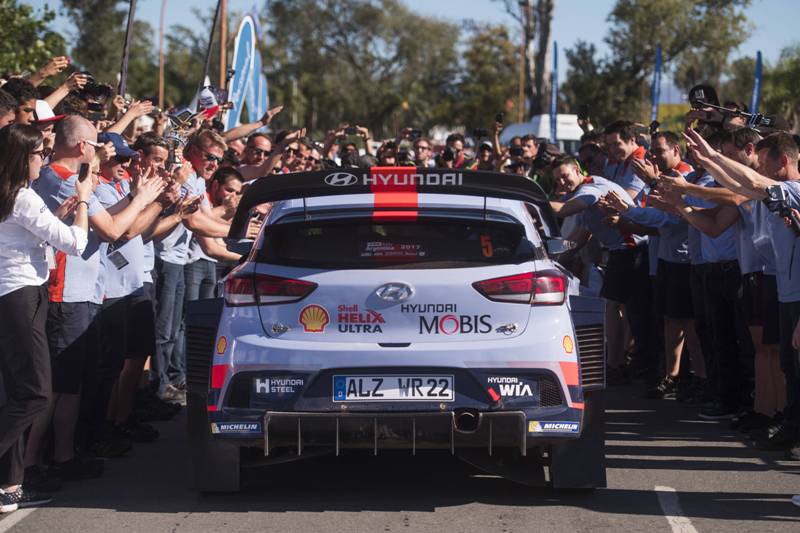 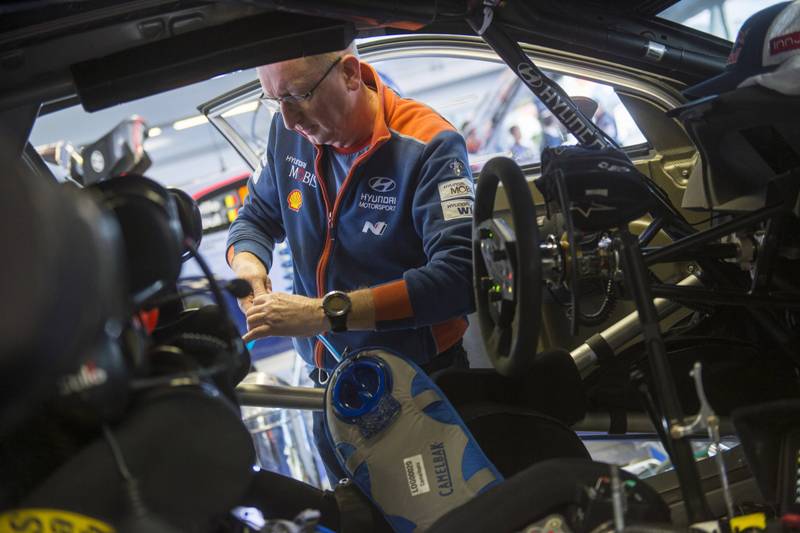 Hyundai’s crew co-ordinator Willy Verhoeven takes us into his world.

Last week’s Rally of Portugal started on Thursday. Except it didn’t. Not for Willy Verhoeven. By the time tyres were being warmed for the crowd-pleaser in Lousada, Verhoeven had already been in Matosinhos for almost a week. Not the three-day sprint of the modern World Rally Championship for him, his rallies last 10 days.

Verhoeven is Hyundai Motorsport’s crew co-ordinator. He’s the man behind the scenes making sure everything that should happen, happens. The drivers and co-drivers are his main concern. His only concern.

From the moment he touches down in rally town – usually six days out from the start – his focus is on creating the right environment for his crews.

He does much of their peripheral thinking for them, allowing them to fix their minds on being as fast as possible without being sidetracked by the minutiae of wondering whether they’ve packed enough socks. When they walk into their hotel rooms – they’ve already been checked in and keys collected by Willy – their bags are waiting for them. Socks included.

When they go to sleep, it’s Verhoeven’s voice that they’re going to hear first in the morning.

“Who wakes me up? I have three alarms – but the strange thing is that I never really need them. I’m always waking up five minutes before the alarm. But only on rallies, never at home.”

A boyhood rally fan, Verhoeven joined Toyota Team Europe ahead of the 1985 Sanremo Rally. The world was a different place three decades ago.

“My first job was to drive one of the motorhomes for Toyota,” he says. “There was no central service then, it was all done at the side of the road, so Toyota had five or six of these motorhomes on the move along the route. I would get to the end of a stage, set everything up, wait for the cars, feed the drivers, pack up and move on. Contact time with the drivers was just minutes: a plate of pasta with some sauce and go.”

Those so-called ‘glory days’ of the sport aren’t remembered with quite such fondness by Verhoeven.

“It was dangerous,” he says. “Servicing at the side of the road, you would have mechanics lying under the car with normal cars flying past at 100kph right next to them. And it was so tiring. On that first event in 1985, I was awake 48 or 50 hours straight, most of the time driving. It was too much.”

It was too much for Verhoeven, who can’t help but worry about the crews with whom he regularly builds a very close bond.

By the time the crew are ready for their pre-event recce, Verhoeven’s already done his.

“I do a recce of the recce,” he says, “using Google Earth helps find a good place to stop for lunch or for a break, but the trouble is that those pictures can be quite out of date. Last year in Germany, I checked and everything was OK on Google Earth, but when I looked at this place, a factory had already been built!

“Being in this job is about having a plan and then having a plan b and a plan c. You have to be ready for anything, because you know that when you really need the time, there is no time.”

During the rally proper, Willy makes it his business to know that Thierry Neuville’s going to want a banana before his sandwich after the first loop of stages. And that Seb Marshall wants one and three-quarters – not one and a half and definitely not two – scoops of isotonic mix in his water bottle.

“This stuff is all important,” he says, “because it makes them not have to think about things. If something is wrong, it makes them think and once they start thinking they’re taking power from the head that could be used to make them faster.”

As you could imagine, 32 years travelling the world with Toyota, Subaru, Peugeot, Ford, Volkswagen and now Hyundai has brought some incredible stories. But it’s the human side that sticks in Verhoeven’s mind.

“I’ve been asked what’s the thing I don’t forget a few times,” he says, “and the answer is always the same: the accident of ‘Beef.’”

Michael ‘Beef’ Park was killed when the Peugeot 307 WRC he was competing in with Markko Martin crashed off the road on the 2005 Wales Rally GB.

“Beef was like family,” says Verhoeven. “He was an open book and always talking about his family, what the children were doing at school everything like this. That was a tragedy and it’s the only time I’ve had a driver or co-driver involved in a fatal accident, the only time one of the crew didn’t come home.

Another question I am asked is which is my favourite era of the sport and it’s where we are now, this time. The sport is safer than it has been and it’s always in the back of the mind that we are waiting for these guys to come home at the end of every day.”

And, come rain or shine, celebration or commiseration, Willy will always be found in a room on Sunday afternoon, packing freshly laundered race suits and flameproof long johns into the right bag for the next round.

Once he’s happy that everybody’s happy, he’ll be on his way. Until next time.