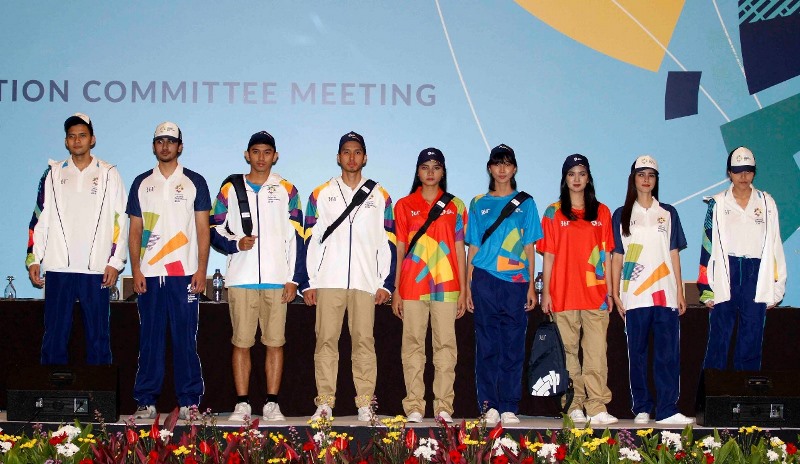 The Olympic Council of Asia conducted the eighth Coordination Committee meeting for the 18th Asian Games 2018 with the organising committee, INASGOC, in the two co-host cities on January 13-14.

The meetings and venue visits began in Palembang, capital of South Sumatra, on Saturday and concluded in the capital Jakarta the following day.

The Chairman of the OCA’s Coordination Committee, Mr Tsunekazu Takeda, said he was impressed with the preparations in the two co-host cities.

“We have discussed in detail the progress of the 18th Asian Games and we are very satisfied with what we have seen in both Palembang and Jakarta,” said Mr Takeda, who is President of the Japanese Olympic Committee and an IOC Member.

“We have emphasised that we are in operational and implementation mode and that the planning phase is over.”

The 18th Asian Games will run from August 18 to September 2 and will involve 10,000 athletes from the OCA’s 45 member National Olympic Committees in 40 sports and 462 events.

The Deputy Governor of Jakarta, Mr Sandiaga Uno, attended the Coordination Committee meeting and assured the members that the government would do its utmost to provide an efficient transport management plan during the games. He said his team would start working on ways to ease traffic congestion during the Asian Games Test Event Series in Jakarta next month and this would provide a case study for the games later in the year.

Eleven of the sports will be held at the Jakabaring Sports City in Palembang, which is an hour’s flight from Jakarta. The complex includes the Athletes’ Village and has experience of hosting international multi-sport games, including the 26th South East Asian (SEA) Games in 2011.

The occasion of the 8th CC meeting also included two more landmark events: the presentation of the official uniform for the invitational tournament in February and for the Asian Games, and a football match between Indonesia and Iceland on Sunday to mark the inauguration of the newly refurbished Gelora Bung Karno (GBK) Main Stadium. A total of 13,000 volunteers are being recruited for the Asian Games.

GBK will be the focal point of the 18th Asian Games and the vast complex in downtown Senayan has undergone a total renovation in terms of venues and landscaping.

To show their support for the 18th Asian Games, the President of the Republic, HE Joko Widodo, and the Vice President, HE Jusuf Kalla, both attended the football match to see the refurbishment inside the iconic stadium.

In summing up the meeting, the OCA asked INASGOC to finalise the games schedule, with daily timings for each sports session, as soon as possible, and to send the updated technical handbooks for each sport to all participating NOCs before the end of this month.