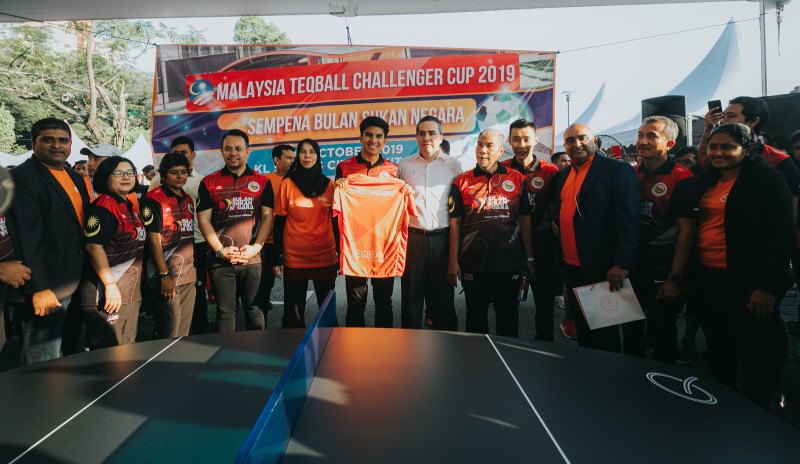 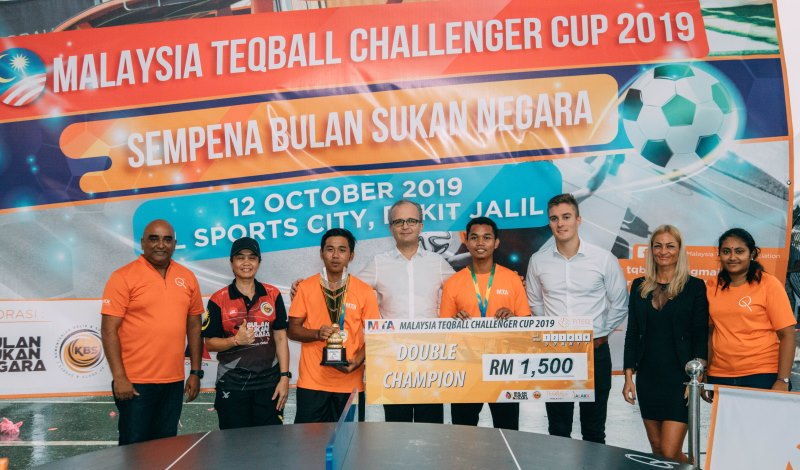 The first Teqball Challenger Cup tournament was successfully launched in Bukit Jalil last Saturday. The tournament, also the first of it’s kind in Asia,was a collaboration between Malaysia Teqball Association and the Ministry of Youth and Sports as part of the key sports showcase of the National Sports Month (Bulan Sukan Negara).

One of the highlights of the showcase was the appearance by the Minister of Youth and Sports Syed Saddiq and badminton star Datuk Lee Chong Wei, who both participated in playing the sport.

“Teqball was established in Malaysia in 2017 and i am very honored and happy to see the growth of the sports today. With the success of this Malaysia Teqball Challenger Cup 2019, we we believe sky is the limit for us to continue to push for the development and promotion of Teqball. I would like to extend my deepest appreciation and thank you to our Minister of Youth & Sports Minister, YB Syed Saddiq and the Deputy Sports Minister, YB Steven Sim together with our very own World Sporting Legend Dato Lee Chong Wei for gracing and endorsing our event. This collaboration with the Ministry of Youth and Sports of Malaysia is vital for a new and growing sports such as Teqball”, said Mr. KJ Siva, President of Malaysian Teqball Association.

KJ Siva, further added that this tournament is being used as a selection event to select 15 players to be drafted into the Malaysian Teqball National Pool of players. These 15 players will be then called for training and final selection before the best 5 players will be selected to represent Malaysian in the 3rd Teqball World Cup scheduled to be held end of the year in Europe.

The guest of honour of the tournament was Mr Attila Kali Ambassador of Hungary in Kuala Lumpur. He was on hand to present certificates of participation to school children from Sekolah Kebangsaan Empat Bangi who participated in an early coaching clinic. Mr Attila was also impressed that Malaysia was the frontrunner in Asia for Teqball and acknowledged the impressive participation numbers of the tournament.

Teqball is a sport played between two players as a singles game or between three or four players as a doubles game, which resembles table tennis. It is played on a curved table and with a ball similar to a football, hit by any part of the body except the hands. Challengers Cup is an open, international tournament part of FITEQ’s Competition Calendar managed by local organisers and supported by FITEQ.

The objective of the tournament was to further develop Teqball’s awareness program in Malaysia, provide athletes with regular competitions and world ranking opportunities and also to generate opportunities for athletes to become professional Teqball players. There were a total of 70 players who participated in Singles and Doubles category. The Singles Champion was Al Barilan Hameed (Ash Hameed) who won RM1000, Trophy and Medal, while  the Doubles Champion was MIB Sakura ( Izlan & Fauzan ) who won RM1500, Trophy and Medals. Overall the competition offers RM8000 winning money in total.

MTA is also planning on more tournaments and activities to grow the sports in the future such as Junior Championship, Grassroots programme and Malaysia Teqball League.