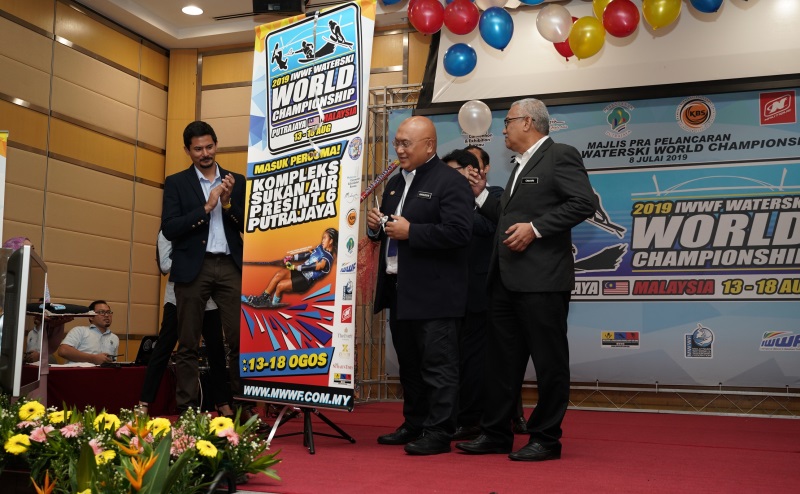 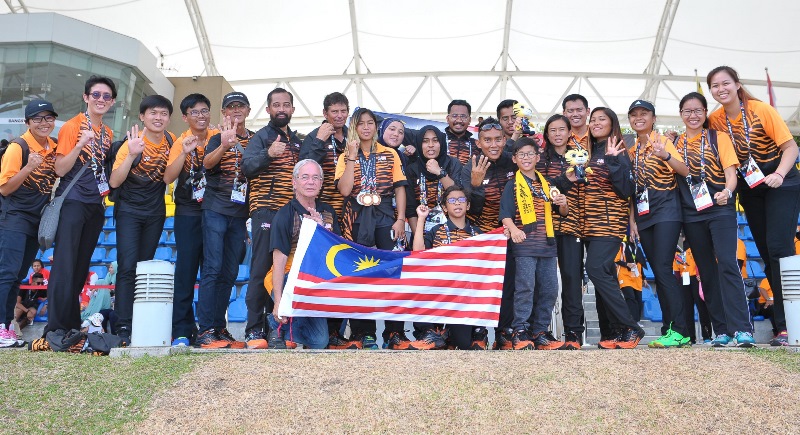 The sport of waterski in Malaysia has a track record of more than 30 years, dating back to the 80s before the sport first made its SEA Games debut in the 1997 in Jakarta when Phillipa Yoong won a gold and her brother former F1 driver Alex won a silver.

The 1998 Asian financial crisis however, nearly pulled the curtain down on the sport even in its infancy stage as there were no waterski events in Malaysia for the best part of 10 years.

The sport however was given a second chance at life in 2008 when it was revived using the 2008 and 2009 IWWF Waterski World Cup held in Putrajaya to tell the world Malaysia is back and waterski now will be centred in Putrajaya.

Now 11 years since the first major waterski event to be held in the country, the sport has been making headway once again since relocating to be based at the Putrajaya Lake.

With the emergence of now-teenage prodigy Aaliyah Yoong Hanifah, waterski has certainly recaptured the attention of enthusiasts and newcomers alike.

At only 15, Aaliyah has already come a long way. She is a six-time SEA Games gold medallist, having won her first when she was only eight.

She has also won multiple Asian and Oceanian competitions and is the undisputed tricks record holder for women in Asia, catapulting her to be leading figure for the sport in the country.

And in line with her gradual ascent, the MWWF is certainly proud to be hosting the 2019 IWWF Waterski World Championships that will be held from August 13-19 at Putrajaya.

There are two main reasons for the hosting of world level event of this scale.The first is to use this 2019 world championship as a catalyst to launch a new grassroot development programme to build follow up youths to succeed Aaliyah in the future.

Secondly, it is also the start of a new five-year plan with Aaliyah at forefront as Malaysia looks to produce waterski world champion.

“We are very happy to see Putrajaya grow to become a popular destination for waterski and wakeboard activities as many skiers from other countries come here to train between November and March every year,” said MWWF vice president Alex Yoong.

“The sport was revived in Putrajaya in 2008 after 10 years of no activities in Malaysia due to the Asian financial crisis. Today, as a result of the 10-year development programme by the MWWF, we are pleased to say that we have certainly achieved our goal of producing world level skiers with high world rankings.

“Aaliyah, at 15, is one such product of this development and she is now ranked No. 2 in the world in Under-17 girls’ tricks and No. 20 in open women’s tricks.

To make it an even grander affair, this year’s world championships will also receive the highest number of participants in the 70-year history of the IWWF world meets since 1949.

A total of 167 athletes from 33 countries will make the trip to Malaysia and among them there will also be eighth reigning world champions who will grace the event as well.

Of the lot, there are also a total of 7 Asian countries, including Malaysia in the mix, which clearly shows just how much the sport is growing in this region.

All in, it certainly makes this year’s world meet a grand affair and the MWWF is pleased to have the opportunity to be the host and show the world just what our country is capable of.

The 2019 IWWF World Waterski Championships is hosted and supported by Putrajaya Corporation, Malaysia Convention & Exhibition Bureau, an agency under the Ministry of Tourism, Arts and Culture Malaysia, Ministry of Youth and Sports and Nautique Boats USA.

For more on MWWF and history of waterski sport in Malaysia please visit MWWF official website below: