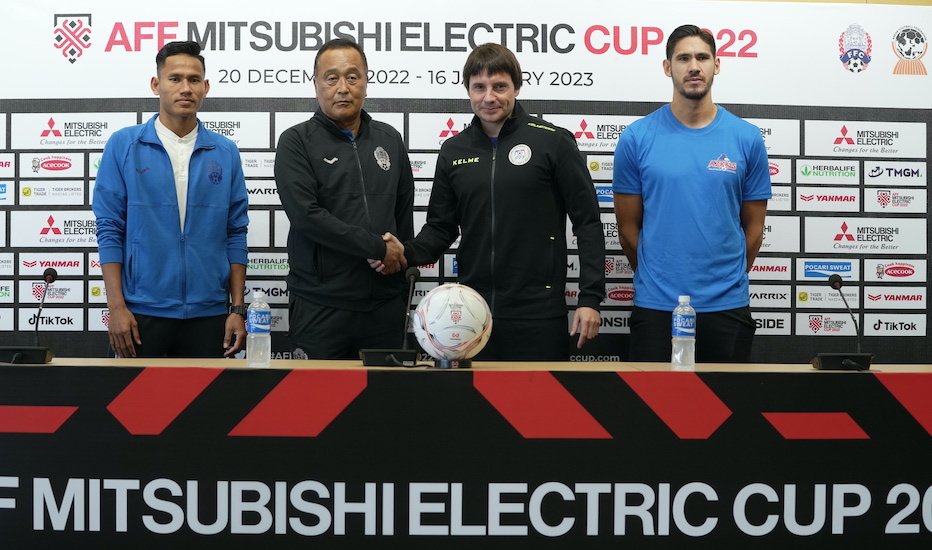 The Philippines will take on Cambodia in their opening game of Group A of the AFF Mitsubishi Electric Cup 2022 tomorrow evening at the Morodok Techo National Stadium.

“We have learned some things about Cambodia and even though they lost the last friendly, the players still showed plenty of quality,” said Ferre.

“They have some skillful players and they are fast and dangerous. So we have to be prepared for anything.”

Ferre took over the reins of the Philippines national team less than two weeks ago and in spite of conceding a narrow loss to Vietnam in a friendly, he showed that the team was certainly not lacking in competitive tendency.

“The first match in any tournament is always difficult. But the game against Vietnam certainly gave us some pointers to work on,” added Ferre.

In the meantime, Mark Hartmann said that the team is all focussed at this time.

“We have been having quite a good preparation and we are all focussed for this tournament which is the biggest competition in South East Asia,” he added.

After taking on Cambodia tomorrow, the Philippines will play Brunei DS in their second game of Group A on 23 December 2022 at the Rizal Memorial Stadium in Manila.