Home International A case of Presidents and beers 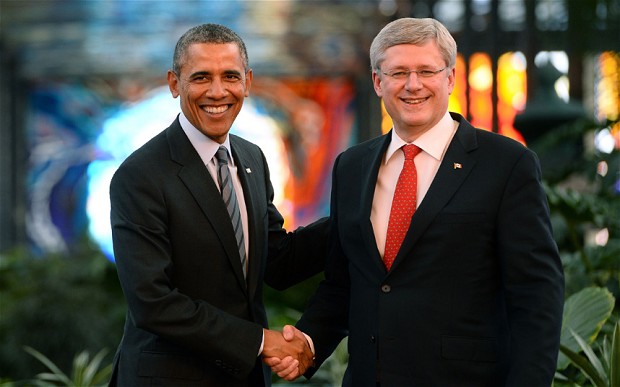 But Obama has a chance to get his own back and win some Canadian brew in the cross border bet, when the two nations go head-to-head again on Friday in the semi-finals of the men’s Olympic tournament.

“@barackobama, I look forward to my case of beer,” Harper tweeted after the 3-2 Canadian win.

Obama did not respond, but his press spokesman tweeted about the “heartbreaking loss” for the American women, who had held a 2-0 lead until minutes before the end of the game.

The US and Canadian leaders sealed their bet on Wednesday when they met for a North American leaders summit in Mexico.

“Winner gets a case of beer for each game.#GoTeamUSA!” Obama wrote to his 41.6 million followers in his own pre-game tweet.

The president sent Harper a case of American Yuengling beer, after Canada’s men triumphed over the United States in an overtime thriller at in the final of the Vancouver Olympics ice hockey tournament four years ago.

Then White House press secretary Robert Gibbs had to appear at his podium wearing a Canadian national jersey after losing a bet to his counterpart in Ottawa.