Home 2022 Aaliyah grabs three golds and a bronze to cap Junior Moomba on... 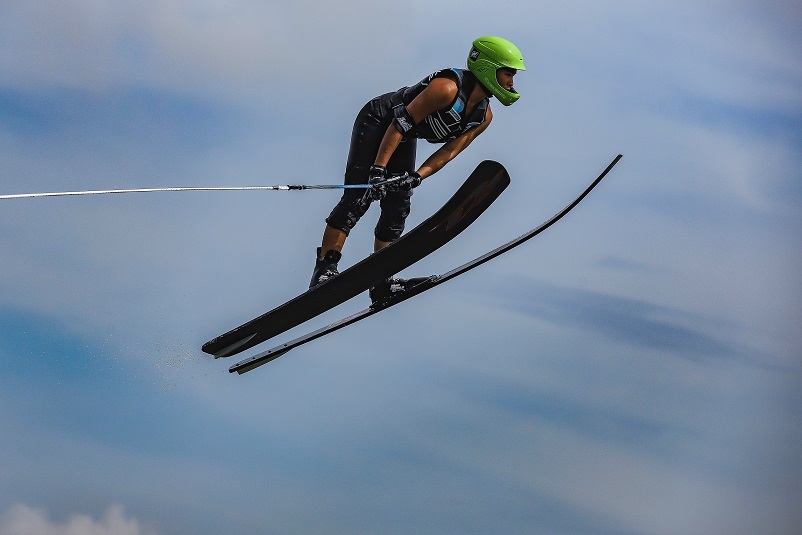 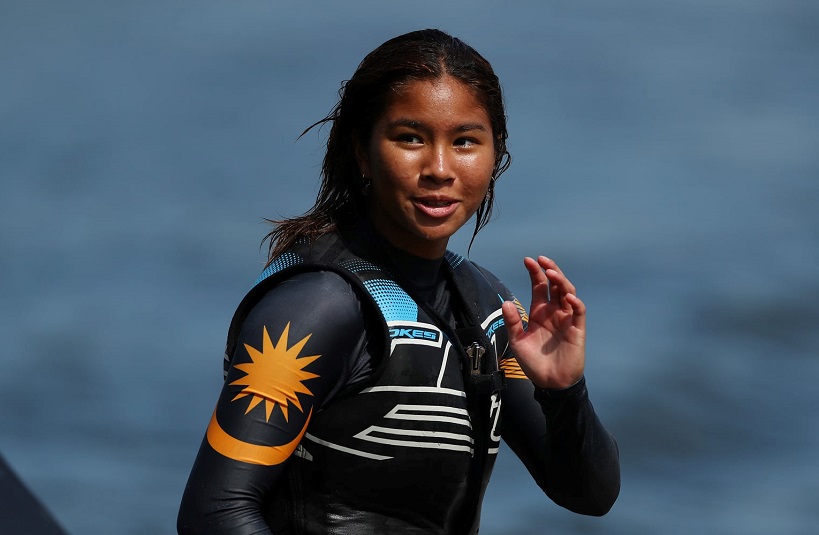 Teenage waterskier Aaliyah Yoong Hanifah is certainly back with a bang after a two-year lapse.

The 18-year-old missed two years of action as the Covid-19 pandemic severely disrupted her competition plans.

But she picked up where she left off as she stormed to an impressive three gold haul at the Junior Moomba in Melbourne today (Thursday).

Aaliyah, whose last competition was the Moomba meet in 2020, claimed gold in tricks, jump and the overall category on the challenging Yarra River.

To top it off, she also performed above expectations as she took bronze in the slalom event.

Competing in the junior event for her 10th and final year, the spunky teenager got off to a flying start as she nailed the gold in tricks – her pet event..

Aaliyah, who sat on top of the leaderboard after posting up 5,030 in the first round, scored 6,780 to finish ahead of the field.

Australian Erica Hayes came second with 5,690 while Chile’s Dominga Gonzalez was third with a distant 3,580.

In slalom, Aaliyah who was placed fifth after the first round, rose to the challenge with a clearance of 3/55/13 (three buoys/55kmh/13m rope) to finish behind Australians Lara Butlin (1/55/12) and Milla Hunter Bennett (4/55/13) respectively.

She would however save the best for last as she turned out in splendid form to claim the jump gold with a new personal best.

Aaliyah had already smashed her own personal best and the national record with a leap of 39.5m in the first round on Wednesday.

And she did even better this time as she cracked the 40m mark with a leap of 41.4m for the win. 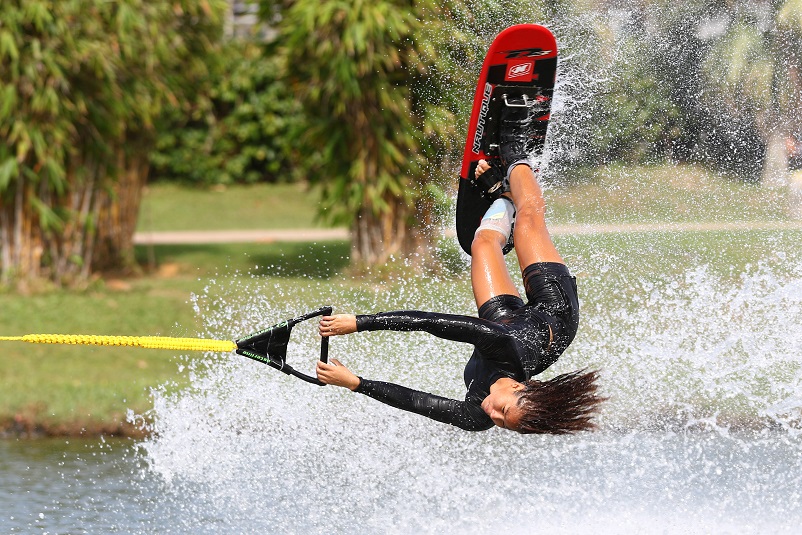 “I love competing in the Moomba Masters and its definitely one of my favourite and one of my top events in the world,” said Aaliyah.

“I definitely love the challenge on the Yarra River and it is huge to get a personal best in jump in my 10th year here as 41.4m is definitely huge for me.

“This is definitely the climax of my junior career to have three wins and a bronze on this formidable course.”

“Aaliyah continues to surprise and her performance the past two days showed how strong she is now, both physically and mentally,” said Hanifah.

“It is not easy to compete in three events in both the junior and open category because it means you are competing on the water for more than 12 times in just six days.”

With the junior event now done and dusted, Aaliyah will move on to compete in the open category where she will look to improve from her previous appearance.