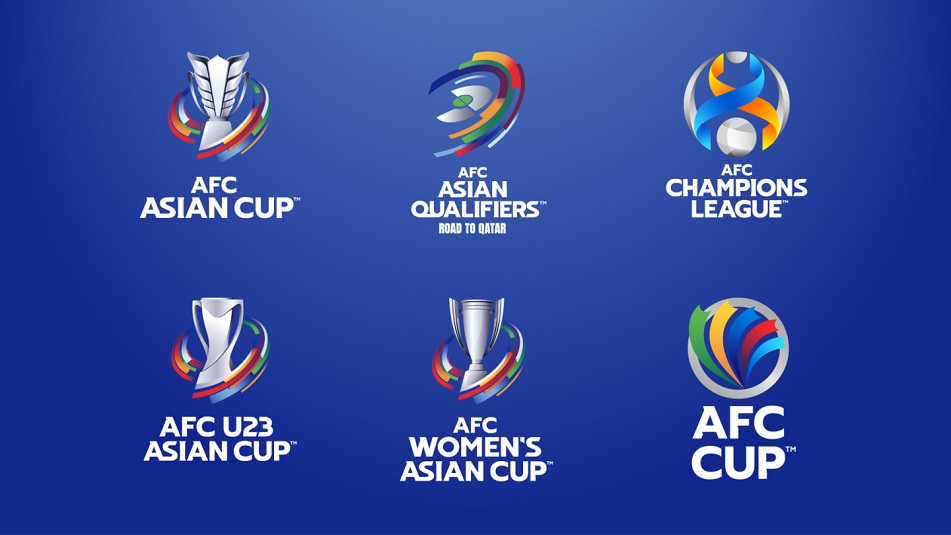 The new look and feel will be prominently featured across all fan-focused touch-points with the AFC competitions in the coming years, from the match venues to television broadcasts and social media channels.

A particular focus for the AFC will be to bring fans of Asian football, fresh and visually captivating content across all of the AFC’s official channels including its sought-after and multi-lingual social media profiles on Facebook, Instagram, Twitter, Weibo, WeChat, Toutiao, Douyin, LINE, VKontakte and Telegram, and the AFC’s website.

The spirit behind the brands will also be reflected by the AFC and its commercial partners across a wide range of marketing activities planned to engage fans across the Continent in the coming years.

The rebranding was managed together with the AFC’s exclusive commercial partner FMA over a 15-month period and was informed by deep stakeholder collaboration and extensive consumer research across Asia. This process ultimately informed the unique character and design of the new competition brands.

These new logomarks will be adapted in respect of each competition, to reflect local elements of the host Member Association.

To further highlight its importance and commercial value, a dedicated logomark is also introduced for the AFC Asian Qualifiers – Road to Qatar, the FIFA World Cup Qatar 2022 Qualifiers Final Round, which will begin in the second half of 2021 and determine the teams that will advance to represent their nations on the world stage.

Asia’s most iconic cities, dazzling architecture and neon-lit downtowns, as well as the vibrant lifestyle of the primarily younger, close to one billion strong AFC Champions League fanbase, on the other hand, drives the premium aesthetic of the Continent’s pinnacle club competition. A contemporary creative interpretation of the iconic AFC Champions League trophy combines elements from the West and East regions in a spectacular new look.

The AFC Cup has also received a makeover, now incorporating the five colours representing the regions where the competition is played and boasting a strikingly different new visual identity.

Shaikh Salman bin Ebrahim Al Khalifa, the AFC President, said: “We are delighted to start the new year with all-new AFC national team and club competition brands. The AFC strives to make its competitions even more relevant for its diverse fanbase while showcasing their unique reputation as Asia’s most popular football events. I am convinced the new visual identities will resonate strongly across Asia and worldwide, and I am looking forward to the new look and feel across social media and TV broadcast.”

Patrick Murphy, Board Member and CEO at FMA, commented: “Today is an important day from various perspectives: fans of Asian football can enjoy and experience the new AFC competition brands, while sponsors and broadcast partners, as well as clubs and Member Associations, will start to actively use the exciting new visual identities to promote AFC competitions to their audiences. A proud moment and a major milestone as we are moving into a new era of Asian football.” – www.the-afc.com