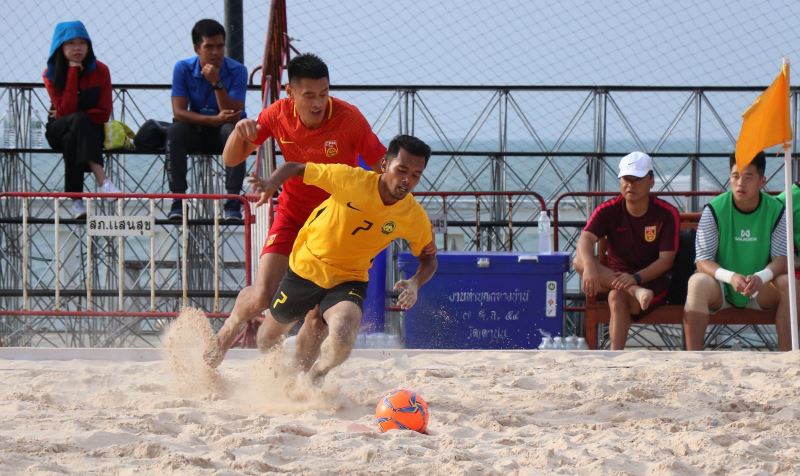 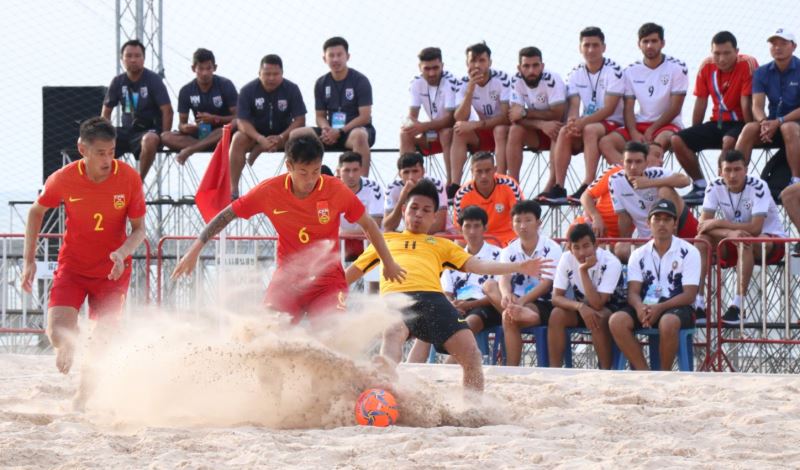 As former champions Malaysia picked up their first win of the competition, hosts Thailand made it a perfect two out of two to lead the standings at the end of an exhilarating second matchday of the AFF Beach Soccer 2019 here at the Laem Tan Beach.

The Malaysians who had fallen to a last-minute striker yesterday to the Thais, bounced back to beat China PR 6-5 as the hosts played a patience game to edge Afghanistan 4-2.

What made the win for the Malaysians fabulous was the fact that they had to come back from four goals down – Han Xue Geng (2nd and 8th minute) and Liu Yi Si (7th) in the first period and then another from Xue Geng in the second minute of the second period – before they were able to pick up the full three points.

Malaysia finally showed up in the second period when they found the back of the net five times through Mohd Nor Saifuruddin Ngah (6th), Muhammad Qushairie Asaari (8th), Xue Geng’s own goal in the tenth minute, Mohamad Norazman Abu Bakar (11th) and Mohd Zaharim Mohd Yusof (11th).

With the score at 5-4 to Malaysia’s advantage, China managed to draw level in the third period through Yi Si’s low drive in the third minute, only to see their opponents striking back just three minutes later off Azrizan Ahmad’s header.

China tried to get the late goal to force the match into extra time but a late freekick from Yi Si failed to change the inevitable. 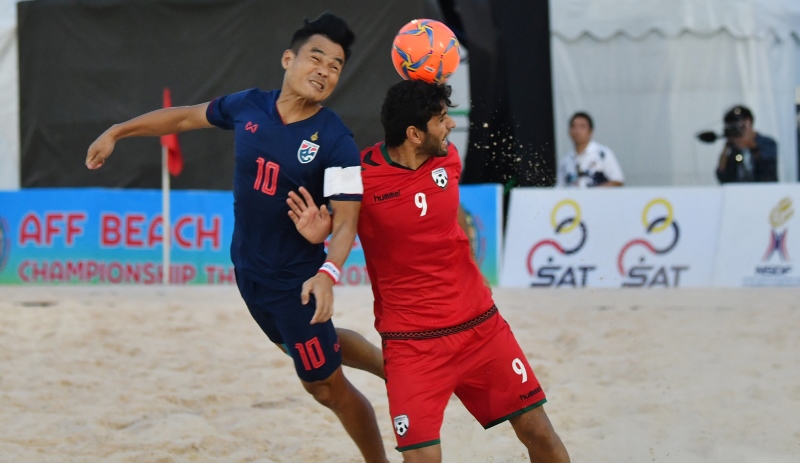 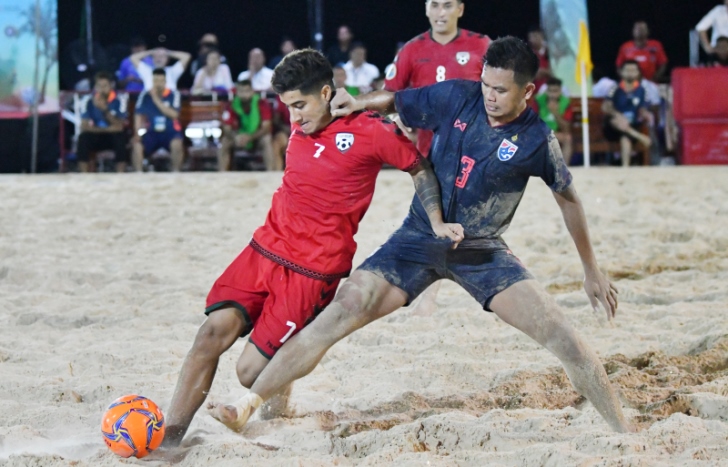 IN THE MEANTIME, Thailand played a patient game to beat Afghanistan 4-2 to pick up their second full points in two matches played so far.

The first period saw both teams on the attack with play end to end but it could not produce a goal although both Thailand and Afghanistan did find the crossbar.

However, with the Thais fresh from the conclusion of the Thai Beach Soccer League, they just had that extra killer instinct as they totally dominated the second period to find the back of the net twice through captain Komkrit Nanan’s third minute strike from close and then Ratthapong Nadee’s ninth-minute header.

And while Afghanistan did manage to pull a goal off Mohammad Emran Walizada in the sixth minute, the third period would continue to see Thailand stamping their authority.

They found the goal twice in the third period through Masayuki Yoshida’s third-minute freekick and then Komkrit’s penalty in the 11th minute.

In between, Mohamad Tamim Haidiri’s goal in the ninth minute failed to spark a revival.

The action continues tomorrow with China PR taking on Afghanistan as Vietnam entertain Malaysia. Thailand are having the day off.

All matches at the Laem Tan Beach, Chonburi