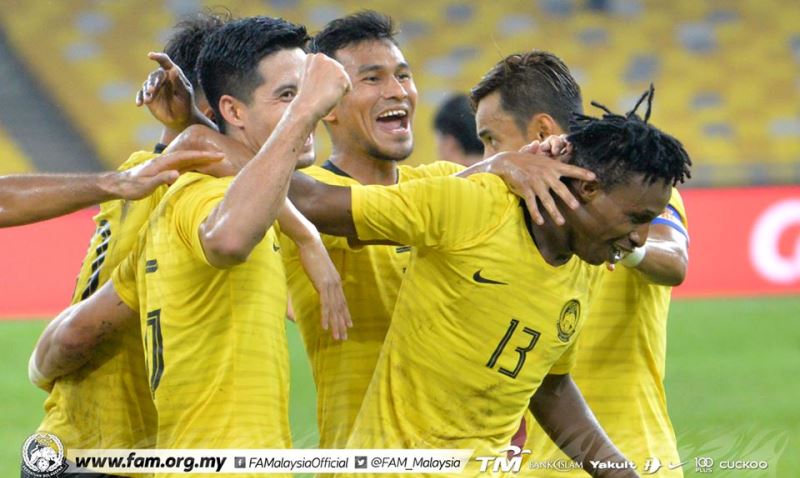 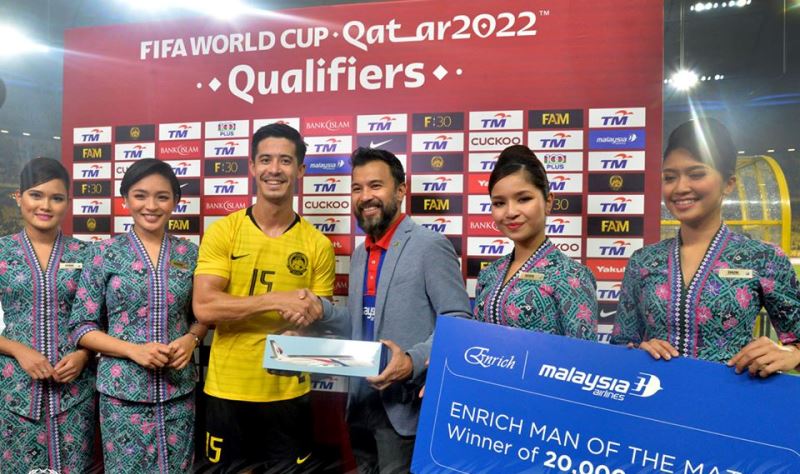 New father Brendan Gan was the toast of Harimau Malaya as Malaysia came-from-behind to stun Thailand 2-1 in a Group G match in the World Cup 2022/Asia Cup 2023 at the National Stadium in Bukit Jalil on Thursday.
“We all make sacrifices and it was very satisfying. This is the best gift for my wife and son,” said Brendan who was given extra days off before to be with his wife who delivered the couple’s first baby – a son – in Australia before reporting for national training.
“I was with them (wife and son) for only two days but as I said the sacrifice is worth because we are here to fight for the country.”
Fittingly, Brendan was named the Man of the Match for his tireless efforts on the pitch – scoring the equalizer on 27 minutes and provided the assist for Gambia-born naturalized Malaysian Mohamadou Sumareh for winner in the 58th minute.
The Thais grabbed the lead after only seven minutes when the Harimau Malaya’s lapse in the back-line enabled Ekanit Panya to make inroads on the right before cutting it back for Chanatip Songkrasin to first time past goalkeeper Khairul Azhan Khalid. Thailand 1-0.
Syameer Kutty Abba picked up a booking for tugging in the 15th minute but he was responsible for Malaysia’s equalizer which came in the 27th minute. Syameer worked his way up on the left before he cut back for Brendan who stunned Thai keeper Siawarak Tedsungnoen with a left footed low drive into the far corner. Thailand 1 Malaysia1.
It is Brendan’s first international goal and he dedicated it to his new born son and his wife.
The fight was on as Malaysia grew in confidence to peg the Thais. Both sides had scoring chances but it neither Malaysia nor Thailand could add to their tally until the 58th minute.
It was a beauty all the way. Brendan saw an opening, lifted the ball into the box for Sumareh and the Gambian slammed the ball into the roof of the net with his right foot even before it could hit the ground. Malaysia 2-1.
Coach Tan Cheng Hoe had this to say: “No words can describe the win. However, it was our never say die attitude and the players guts and determination that kept the team in the game.
“It is a morale boosting win but we have to remain focused on the next match when we play Indonesia on Tuesday.”
It is Malaysia’s second win in four matches. Harimau Malaya beat Indonesia 3-2 (away), lost 1-2 to the United Arab Emirates (home) and 0-1 to Vietnam away. – BY RIZAL ABDULLAH