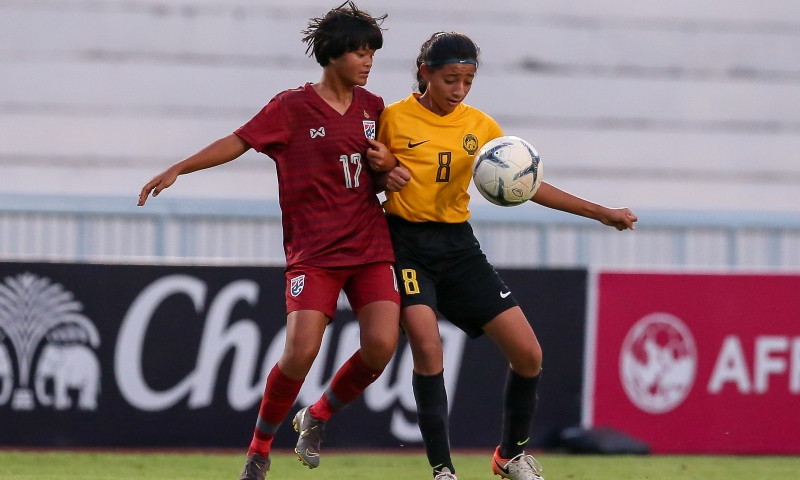 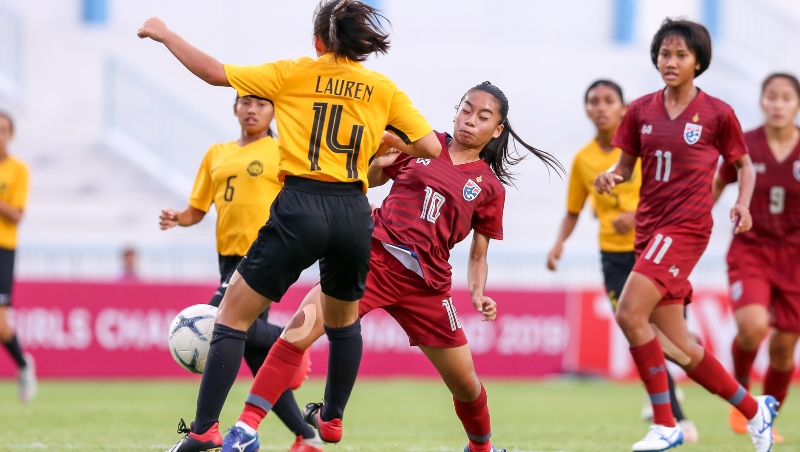 Thailand were just too good – that was the summation made by Malaysian head coach Mohe Zerry Nazeri, after his team’s 11-0 loss to the hosts in a Group B of the AFF Under-16 Girls Championship 2019 here at the Institute of Physical Education Stadium.

“We tried to play but the Thais were just too good. They were stronger and faster. We just tried to cope as well as we could,” said Mohd Zerry after the match.

With Laos having confirmed their place in the next round after picking up the full nine points from their first three matches in the group, Thailand’s win has set up a mouth-watering encounter between the two sides in two days as they look to win the group ahead of the crossover semifinals.

“The Malaysians tried to organise themselves and push forward but we were determined to control the game,” said Thai head coach Naruephon Kaenson afterwards.

The Malaysians found themselves at the wrong end of a marauding Thai side when the hosts blasted in four goals in the first half before adding seven more after the break.

What made the win spectacular for the Thais was the fact that three players grabbed a brace each.

Phinyada Phathakor’s goal in the very first minute of play was to portent of what’s ahead for the Malaysian girls.

Phinyada then went on to add her second in the 12th minute as captain Chattaya Pratumkul (63rd and 69th minute) and also Thanatphat Bungthong (47th and 72nd minute) were also on the double.