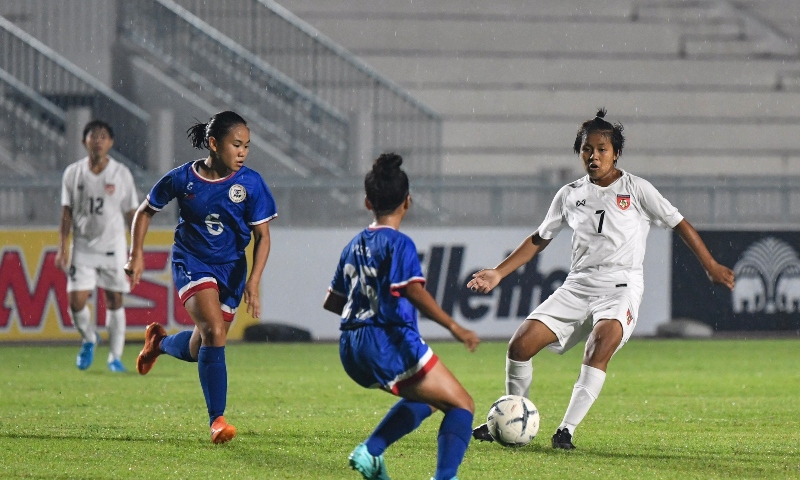 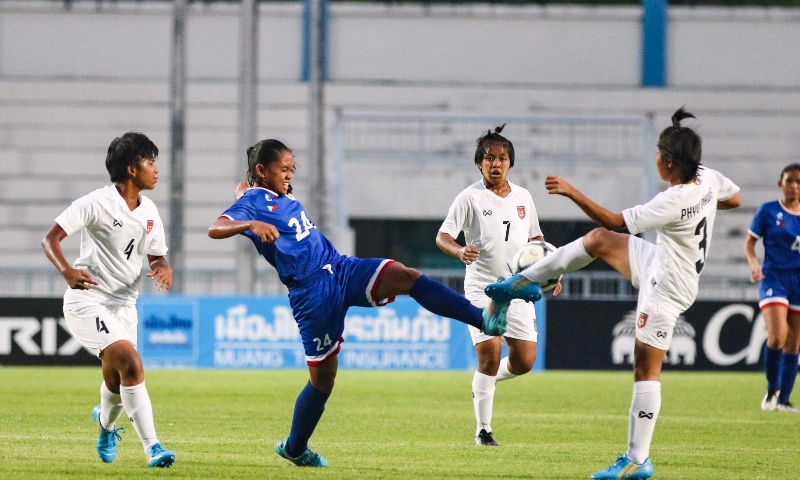 Philippines destroyed the formbook to pummel Myanmar 5-0 in the crucial game of Group A of the AFF Under-15 Girls’ Championship 2019 tonight at the Institute of Physical Education Stadium.

With Myanmar having thrashed Timor Leste by a whopping 26 goals in their first game, there were expectations that they could just roll over the Philippines.

But as the saying goes, you are only as good as your last game and in football as many big teams even Barcelona would have realised, that being over-confident should be the last thing on their mind.

Following from their 2-0 loss to Vietnam in their first game, the Philippines upped the intensity of their game as the Myanmar girls seemed a little off colour on the day.

And just two minutes in, the Philippines got their first goal of the game when Mikaela Vinalon Villacin fired in a freekick from some 20metres out.

The goal seemed to stutter Myanmar further and in the 21st minute, the Philippines seized the chance to go even further with their second goal of the game with an exquisite lob from Jenny Perez for them to take a two-goal advantage into the second half.

Just six minutes in after the restart, the Philippines earned a penalty that was converted by Chenny Danoso for a comfortable lead as Myanmar continued to struggle for a response.

A close finish from inside the box from Maegan Gacho Alforque in 52nd minute put the Philippines 4-0 in front as a freekick from Rae Tolentino to round off a fine evening and a real chance for a place in the next round.

With just the game against Timor Leste coming up, the Philippines – losing finalist in 2017 – have every chance of booking their place in the semifinals.

“The girls stuck to the game plan which has been set,” said Philippines head coach Reyes Delos after the game. “And it was due to that, we could score as many goals as we did.”