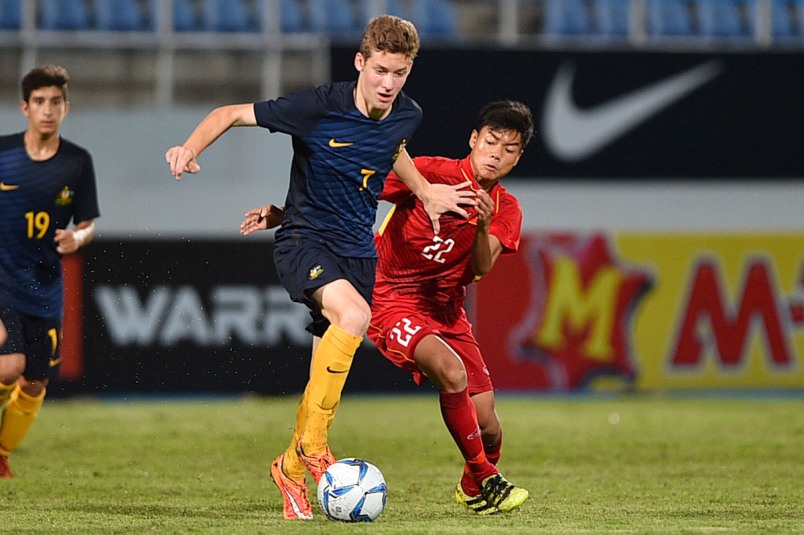 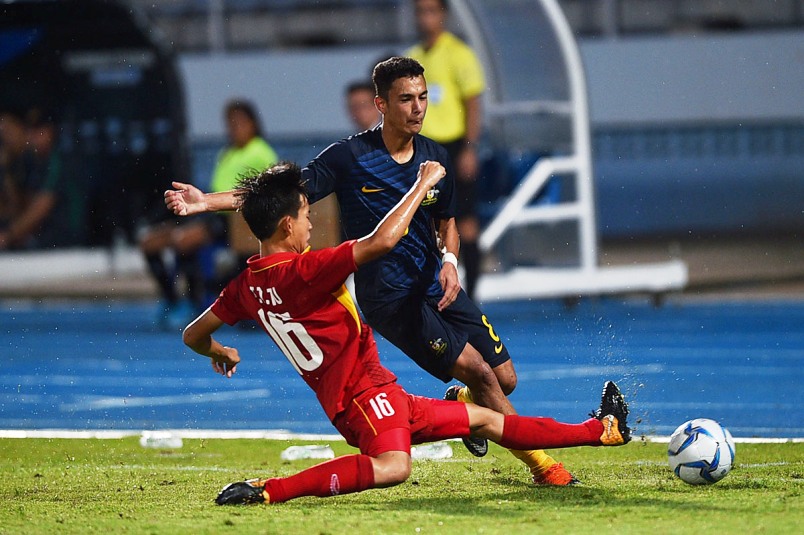 Vietnam served a surprise this evening when they side-stepped Australia 2-0 to make the final of the AFF Under-15 Championship here at the Chonburi Stadium.

With the first semi-finals earlier saw hosts Thailand edging Malaysia 1-0, the second semi-final was no less exciting as Australia seem determined to carry their performance from the group stage for a place in the final for the second time in two years.

But this time round Vietnam – who had lost to Australia in the final last year in Phnom Penh – put up a better performance as they made progress from the group stage to fine tune their game plan.

It was Australia who tasted the first real chance but the shot from Trent Ostler went across a yawning goalmouth as Vietnam then replied with a freekick that while went over the wall, saw keeper Oliver Kalac fully stretched to keep it out.

The first goal finally came in the 29th minute when Nguyen Quoc Hoang ran past his marker down the left before unleashing a shot to the far post.

With the score at 2-0 to Vietnam’s advantage and the night sky opening up for a prolonged drizzle, the game went up a notch as Australia pushed harder for their first goal of the competition.

Close to the hour mark, Luka Duzel’s grounder went through a sea of legs before bouncing off the upright while some time later, his half volley was met with an excellent block from Vietnam keeper Nguyen Duy Dung.

In the last minute of play, substitute Jaiden Kucharski could not make a fine finish with Duy Dung out of position.

The win for Vietnam will see them taking on Thailand in the final in two days at the same venue. 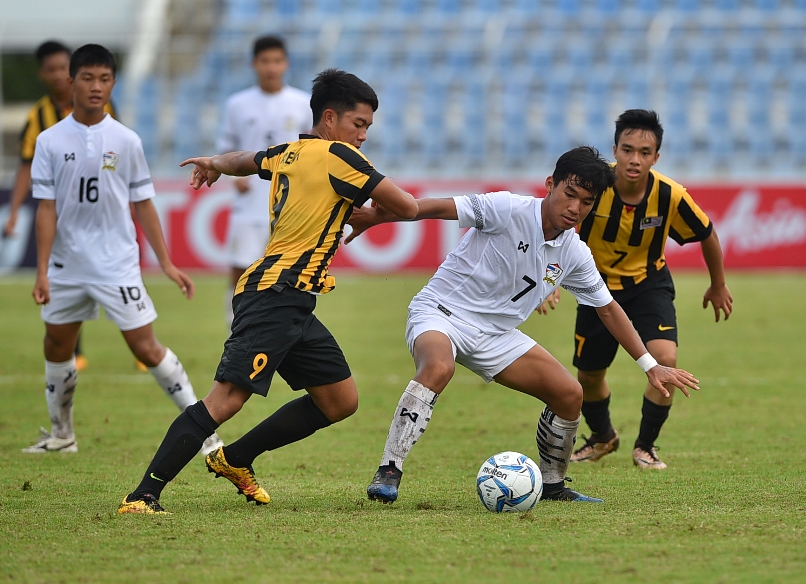 In the meantime, a single strike from Jakkrapong Sanmahung early in the first half was enough to give Thailand a close 1-0 win over Malaysia in the first semi-final played earlier.

An innocuous strike from Jakkrapong in the 17th minute bounced into goal when Malaysian custodian Muhammad Daniel Akmal Faqrol Rizal were caught out mis-communicating with defender Muhammad Danish Ishak.

But the sign was already there in the fourth minute where the failure to give and keep clear signal among the Malaysian backline saw Kittiphong Khetpara robbing the ball but his poor pass saw the chance being wasted.

It was end to end action all the way as the Malaysians continued to press in search of the equaliser while for Thailand they were in no immediate hurry to add to the score line.

The best that Malaysia could muster in the first half was a header from Muhammad Danial Amali that went well over the Thai goal.

The second half saw Thailand taking more control as the Malaysian defence stood firm to prevent any changes to the scoreline.

A strike from Sarawut Soawaros in the 67th minute rocked the Malaysian woodwork as the Malaysians continued to be frustrated with their failure to get a shot in or even create clear spaces in the Thai box.

In the end, the score remained as Thailand booked their first final in two years.