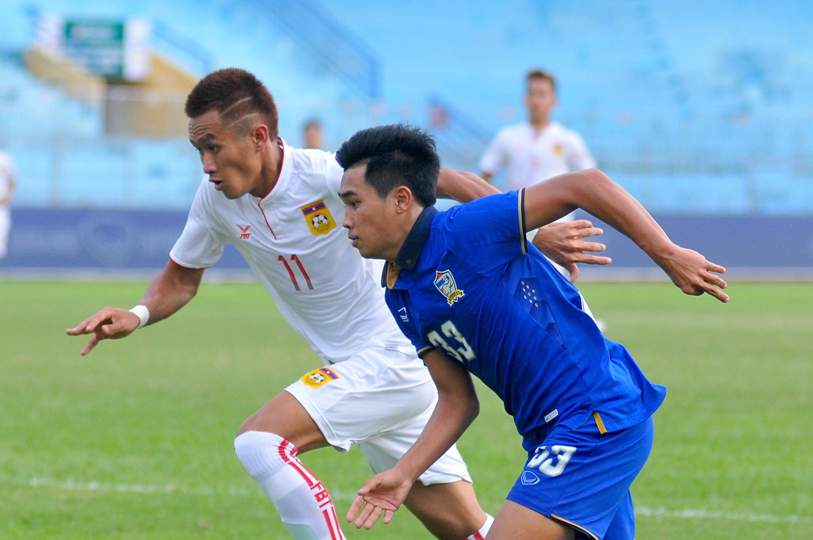 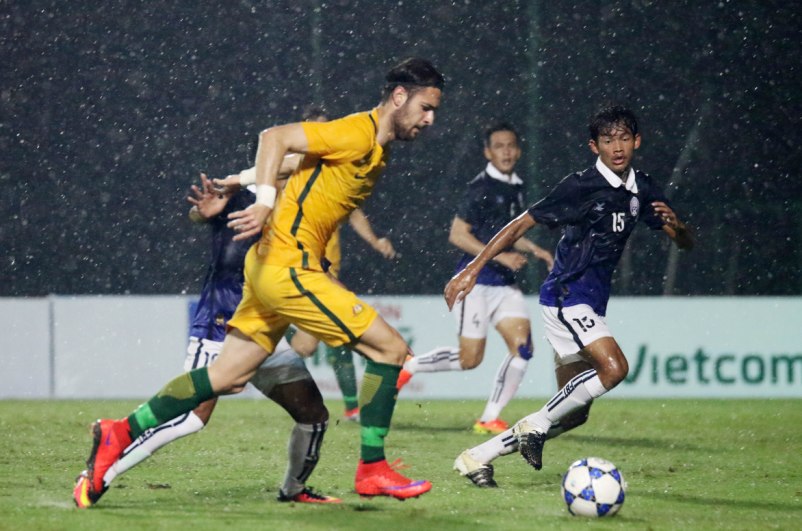 Australia were made to slog before they were able to pull off a lucky, lucky 2-0 win over a resilient Cambodian side in evening match of Group B of the AFF Vietcombank Under-19 Championship that was played at the Youth Football Training Centre (YFTC).

The heavy downpour just prior to the game, affected the quality of play although a determined Cambodian defence stood long and hard to fend off the incessant onslaught of the physically superior Australians.

With the score tied at the end of a pulsating first half, Australia finally broke through off an own goal from Chheng Meng in the 64th minute following a mad scramble inside the Cambodian box.

“We tried very hard in this game. But the Australians were stronger physically and the players were tired in the second half,” said Cambodian head coach Ohara Kazunori.

In the meantime, Thailand had the goal from Supachai Chaided right at the hour mark to thank for their first win in Group B when they beat Laos 2-1 in an earlier match that was played across town at the Hang Day Stadium.

Worachit Kantaribumphen’s 26th minute lead for Thailand was cancelled out by Laos’ Maitee in the 43rd minute.

“We missed too many chances in the first half and I am not happy with the performance today,” said Anuruck Srikerd, the head coach of Thailand.

“We have to be better in the next game.”

Indonesia could not make a triumphant return to youth football in ASEAN when they fell to a 3-2 loss to Myanmar in their opening game of Group B.

The battle between Indonesia and Myanmar was as exhilarating as the cheer from the stands as fans from either sides belted a string of tunes.

But in the end, the action was all on the field as both teams pulled no punches to demonstrate just how much they wanted to win.

Eleven minutes in, Aung Kaung Mann scored the most flamboyant of goals when he back-heeled a goal mouth melee as Indonesia then replied just six minutes later when Pandi Lestaluhu picked up the ball from deep before slotting home past Myanmar keeper Sann Sat Naing.

A few minutes later, a bad crash between Indonesian keeper Muhammad Riyandi and Myanmar keeper Shwe Ko saw the latter being stretchered out to be replaced by Satria Tama Hardiyanto.

Myanmar then fought back to grab the lead in the 27th minute when Kaung Mann turned provider for Zwe That Paing to sneak in between his marker and Satria for the goal.

Just before the break, Indonesia levelled up once again when Sandi Pratama smashed in the rebound after Habibi’s earlier attempt was blocked.

There was no slowing the pace into the second half as neither want to play it defensive. And while Indonesia were building confidence, they found themselves falling behind yet again in the 55th minute when Shwe Ko’s seemingly flailing attempt went through the legs of Satria intead.

“It is disappointing to lose the first game but the players played their hearts out and that is important,” said Indonesian coach Eduard Tjong.

“We still have four more games to play, so we should look to win the remainder of the games.” 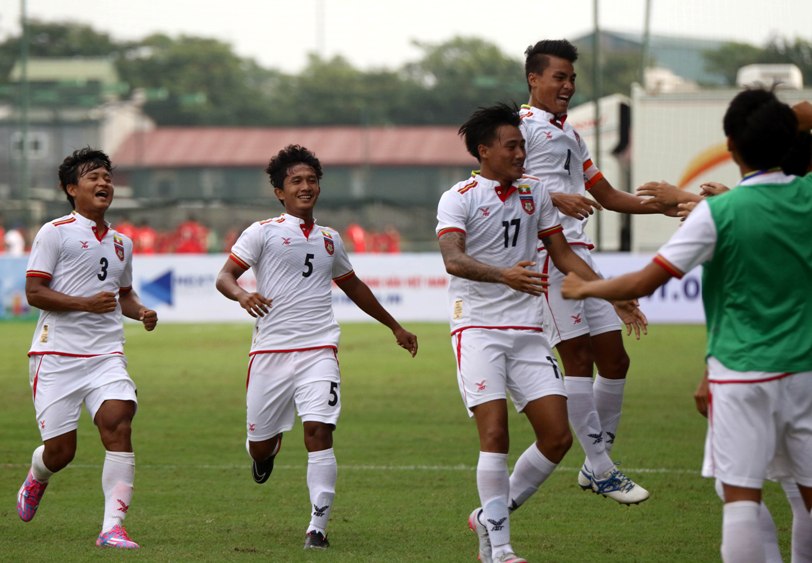