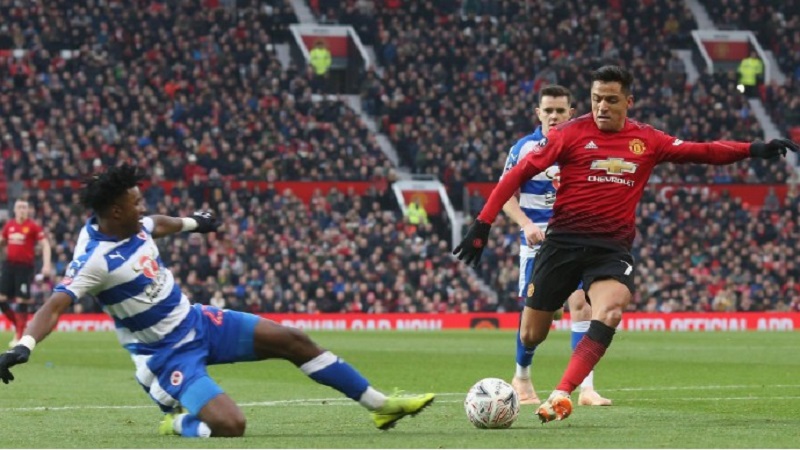 Ole Gunnar Solskjaer has told the media that he hopes to have Alexis Sanchez available for Manchester United’s Premier League fixture against Brighton & Hove Albion on Saturday.

The Chilean has endured a run of injury niggles in the last couple of months and had to be substituted during his most recent start in the 2-0 FA Cup success against Reading on 5 January.

But Solskjaer, speaking in the pre-match press conference at the Aon Training Complex on Friday morning, confirmed that the forward looks to be putting his physical afflictions behind him.

“Alexis has trained all week, so hopefully he comes through the session today and will be available,” explained the Norwegian.

“He is a player who loves to play football, it doesn’t matter who you are, you want to play football. And he’s been hindered by injury. I know all about injuries and how frustrating that can be and how eager you are to get back.

”Maybe in the Reading game he should have told me at half-time, ‘I need to come off now’, because you know the 15-20 minutes he played in the second half, maybe that was too much for him. So that gave him a setback.

“So he’s chomping at the bit I have to say. He’s working hard in training and as I said to you before, his attitude in training has been fantastic. And he wants to play. So for me, I’m looking forward to seeing him, but I have loads of good players to choose from.”

United’s caretaker manager then went on to provide injury updates on three other sidelined players in Chris Smalling, Marcos Rojo and Marouane Fellaini.

“Chris and Marcos just started running lightly so they’re not fit yet. Felli is the long-term one who is out. He’ll be out for a few weeks.

”That’s sad because there are ‘X factors’ in different players and we all know Felli’s ‘X factor’, but then again he’ll be working hard to get back for when all the big games are coming as well.“

Smalling and Rojo are yet to feature under Solskjaer due to their complaints, while the Belgian has featured just twice – in substitute appearances against Cardiff and Reading.

However, away from this trio, the boss indicated that the rest of the squad is in good health, and he should have everyone else at his disposal – including Eric Bailly, whose three-game suspension is now complete – for this weekend’s game at Old Trafford.

“There are not many issues,” he said. “I think there are small niggles as there always are at this time of the season.”