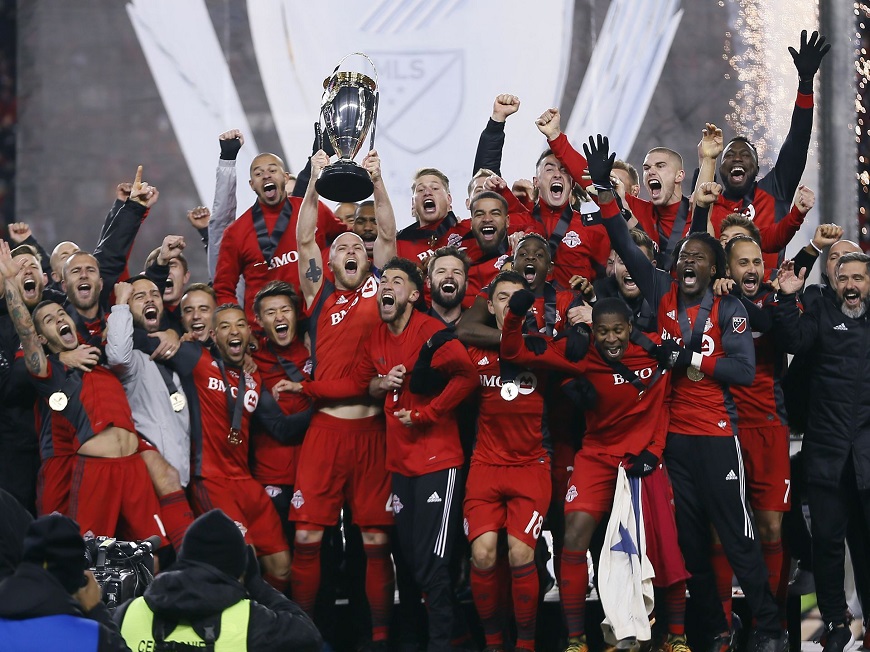 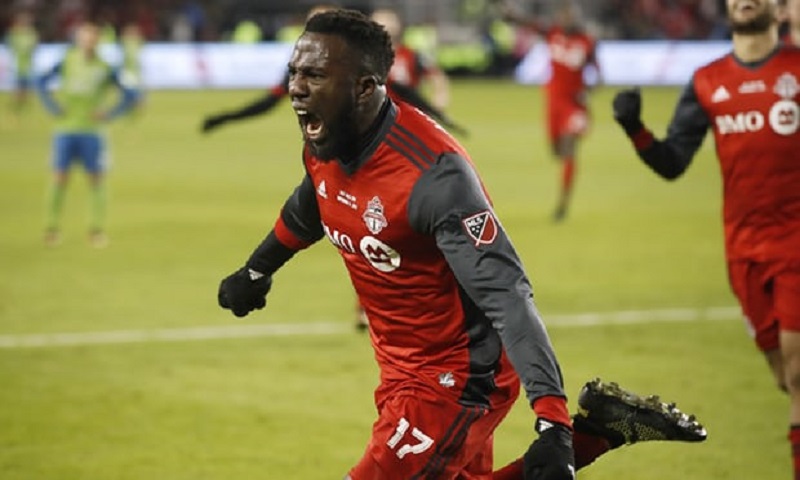 Jozy Altidore fired Toronto into the lead in the 67th minute and Vazquez sent the crowd at BMO field into a frenzy when he sealed the win in the fourth minute of second-half injury time.

Toronto, who endured a heartbreaking penalty shoot-out defeat to the Sounders in the title match in Toronto last season, became the first Canadian club to win the MLS Cup.

They added the league’s ultimate prize to the Supporters’ Shield they won as the team with the best record in the league. With their Canadian Championship they completed a historic MLS treble.

“This has been the dream for four years, since the day I got here,” said Toronto midfielder Michael Bradley. “And for the last year, the dream has become an obsession.

“For this group of guys to work every single day having to remember last year, to get back here, to play that game in this atmosphere with that on the line — it’s unbelievable.”

Seattle goalkeeper Stefan Frei, the hero for the Sounders in last year’s triumph, again threatened to derail Toronto’s challenge with save after save.

But Frei, who hadn’t surrendered a goal in this season’s MLS Cup playoffs, finally succumbed in the 67th as Sebastian Giovinco’s pass found Altidore, who eluded Roman Torres and fired over Frei.

Vazquez converted from close range in the waning moments after a shot from Armando Cooper bounced off the right post.

Toronto were on fire early, and only Frei’s heroics kept them at bay.

He dived right to deny Jonathan Osorio before closing down Giovinco, who had seized upon a ball from Vazquez but couldn’t get the ball over the Sounders keeper.

Before halftime Frei pushed another effort from Giovinco over the crossbar and denied long-range efforts from Marco Delgado and Vazquez.

After the break he denied Bradley’s long-range effort and turned away a blistering shot by Giovinco toward the bottom left corner.

Toronto had brought back much of the same team that reached last year’s final, with Vazquez and goalkeeper Alex Bono notable additions.

A crowd of 30,584 turned out Saturday at BMO field, where it was the third time in league history that the same two teams faced each other in back-to-back MLS Cup finals.