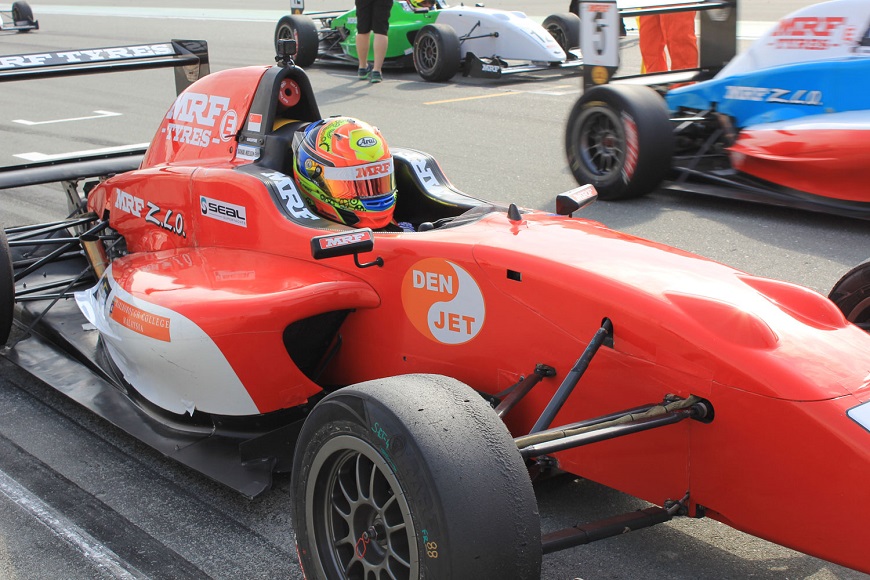 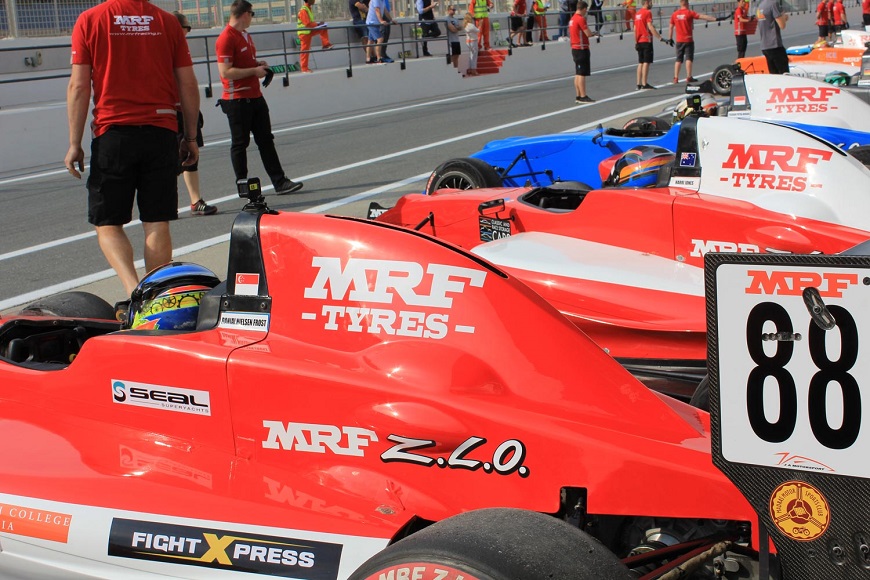 With two more races on the cards on the final day of action in Round 2 of the 2017 MRF Challenge at the Dubai Autodrome in the United Arab Emirates on Saturday, Singapore’s Danial Nielsen Frost made it a memorable outing.

The teenager did record his best finish so far with a fourth place finish in Race 3, though he was denied the result following a technical infringement through no fault of his own.

Damage at the start after being sandwiched between cars in Race 4 unfortunately prematurely ended his race.

Proceedings for the final day of action commenced with an early morning start with the third of four races for the round.

Starting from 10th on the grid, the youngster again produced a spectacular start gaining two spots on the opening lap.

He went one better on the following lap when he managed to overtake three drivers to move up into fifth place by the next lap.

Though he did lose track position after an interesting battle with another driver at the mid-way stage of the 10-lap race, he regained the position not long towards the closing stages of the race.

Frost then moved up a spot on the penultimate lap en route to a fourth place finish. Unfortunately, the youngster’s car was later disqualified with his result deleted due to a technical infringement through no fault of the teenager.

As a result, Frost was forced to start from the sixth row of the grid for the fourth and final race of the weekend.

Determined to bounce back with a flourish, the young Singaporean was unfortunately involved in an opening lap mishap that ended his challenge for a strong finish to the weekend.

Frost comments, “After a strong race yesterday, I came in today all fired up for the final two races of the weekend. In Race 3, I had a really great start and managed to gain quite a number of positions on track.

“My pace was good and my #88 car felt really good, as I was able to challenge for positions throughout the race. Towards the middle part of the race, I was able to match the pace to the guys in front of me and though I had a good battle and lost a spot,

“I did regain two spots towards the end of the race. It would have been my best result to date but then my car was disqualified for a technical matter and my result deleted after the race, which was really very disappointing.

“Then in Race 4, I got sandwiched at the start and was forced out of the race when I suffered damage to my car. I really could not do anything.

“But I will only take the positives from the weekend like my race pace and focus on those as I now look towards the next race next weekend in Abu Dhabi.

“Thank you to my parents who have been really incredible, my sponsors DenJet, Marlborough College International, FightXpress and Seal Superyachts, my coach, James, my engineer Mike Rowe and mechanics who have worked so hard and been so supportive & encouraging! We’ll move forward and bring the fight to Abu Dhabi!”

The next round in the UAE double-header will take place at the Yas Marina Circuit in Abu Dhabi next weekend, from 14 to 15 December.