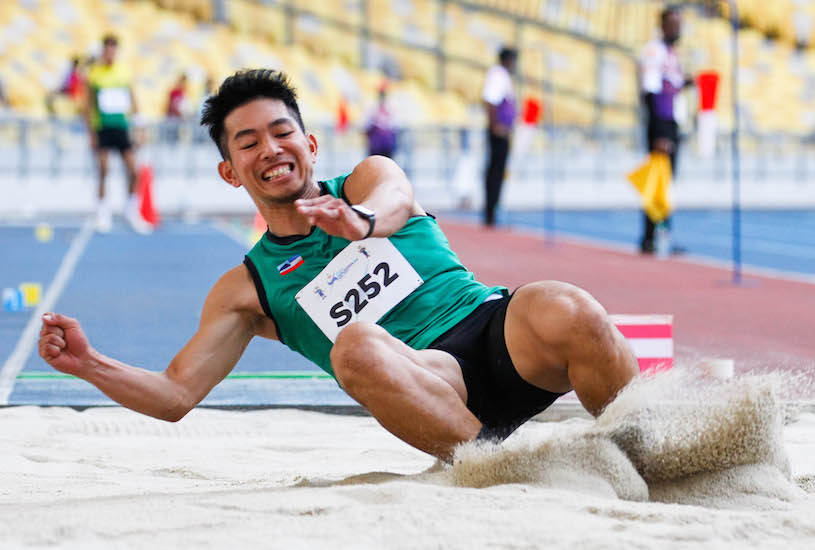 The 22-year-old Sabahan, who clinched gold in the same event at the Hanoi SEA Games early this year, defended the gold medal he won at the Perak SUKMA in 2018 with a leap of 16.43m.

In Hanoi, Andre managed a record-winning 16.51 metres in the triple jump, which surpassed the personal best record of 16.09m set at the Malaysian Open in March

“I have been working on getting my rhythm back after the Hanoi SEA Games.  I’m excited to have won the second gold medal in the SUKMA which will be my last. This is my third and last SUKMA,” said Andre.

He had two days ago won the long jump gold medal.

Andre, however, added that he will focus more on the triple jump instead of the long jump in international championships.

“We already have Luqman Hakim Ramlan in the long jump so it would be better for me to focus solely on triple jump,” he added.

He said his focus after the Malaysia Games would be the 2024 SEA Games in Cambodia and the Hangzhou Asian Games.

“My training will be geared towards both Games.”

In the meantime, Ng Jing Xuan of Sarawak hurled the javelin 43.45m for the women’s gold medal, while Penang’s Pavithraa Dewi did 43.42m for the silver and Sarawak’s Farisha Athirah Wai cleared 39.93m to take bronze.