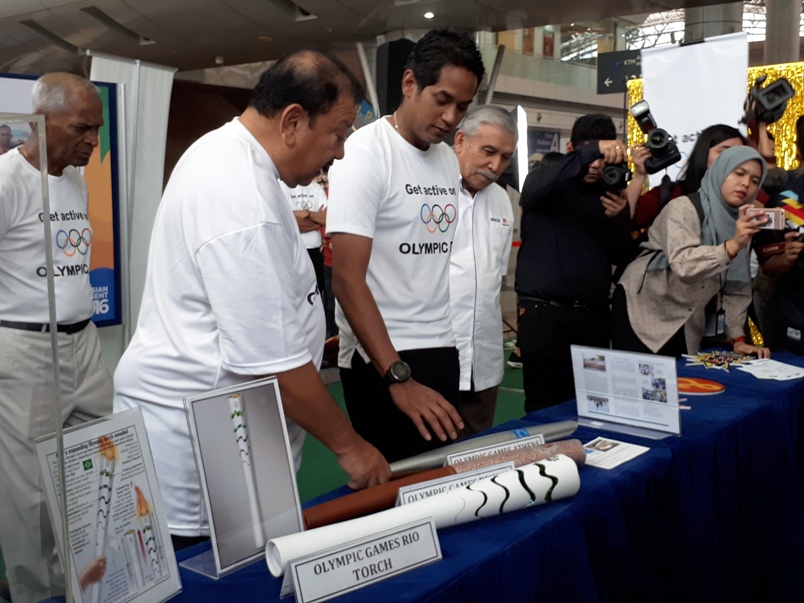 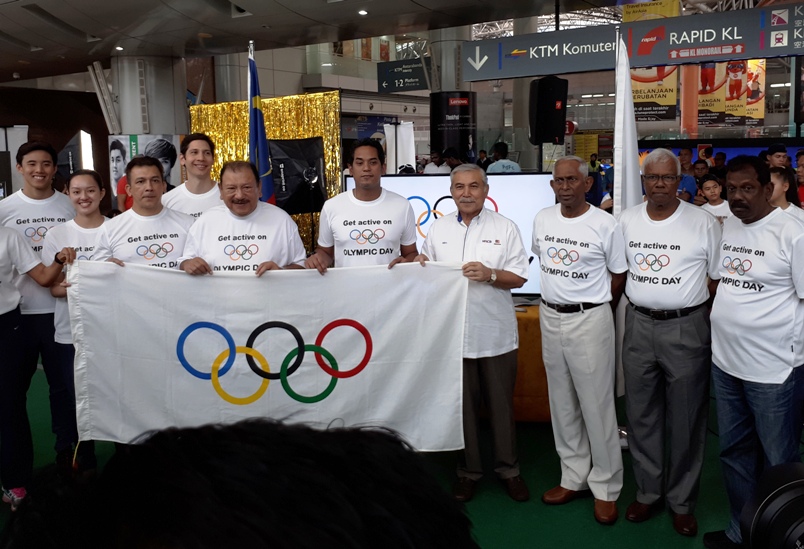 THE Olympic Council of Malaysia (OCM) hosted the annual Olympic Day Celebrations to commemorate 123 years of the founding of the modern Olympic Movement at KL Sentral today.

The celebration was organised by the OCM Athletes Commission in collaboration with the Ministry of Youth and Sports, MSC, National Sports Institute, Ministry of Education, and Malaysian Resources Corporation Berhad (MRCB).

Headed by OCM President Tunku Tan Sri Imran Tuanku Ja’afar, the guest of honour was YB Brig Gen Khairy Jamaluddin, the Minister of Youth and Sports, who was there to launch the event. At the same time too, there were performances demonstrated by various sport associations – karate, wushu, skate boarding and also silambam as well as a posse of dancers to lend a festive atmosphere to the whole event.

“Our involvement with the Olympics is growing and it’s become quite a success in terms of winning medals for the country which we did in Rio last year,” said Khairy.

“I hope we continue to improve in our medal tally in the next edition of the Olympics in Tokyo (in 2020) and win our first gold medal.
“Previously we had only targeted a gold from badminton but now I believe we may have three or four other potential sports as well to achieve a higher success.”

In the meantime Khairy, who is also the chairman of MASOC, extended his congratulatory message to the men’s hockey team for qualifying the the 2018 World Cup in India next year.

“I would like to congratulate the team for qualifying the World Cup after beating India 3-2 to reach the semi-finals of the World League Hockey Semi-final in London.

“I believe it’s a big accomplishment for us as in our previous encounters we didn’t qualify for the World Cup. Even the women’s hockey team have been performing well.

“I have requested for another evaluation committee of the Podium Programme for the hockey team to be assessed after the KL2017 Games. We will review their performance as to decide whether to include them in the Podium Programme,” added Khairy. – BY ALVIN OH