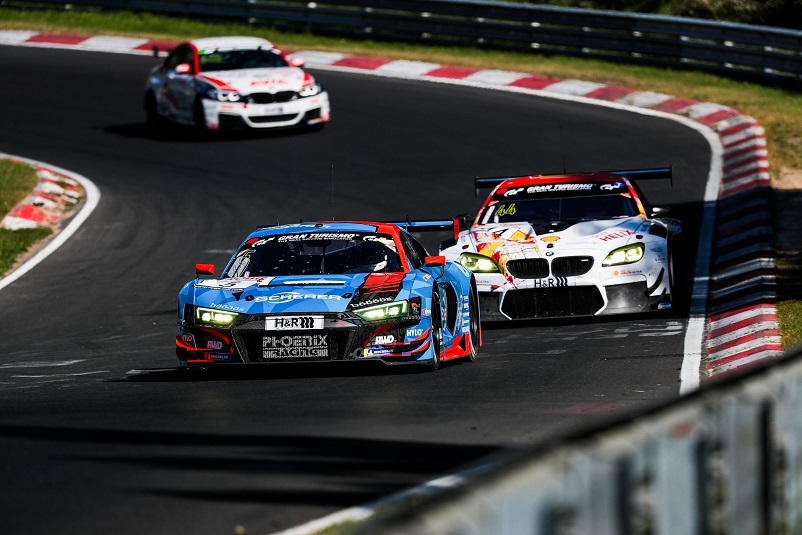 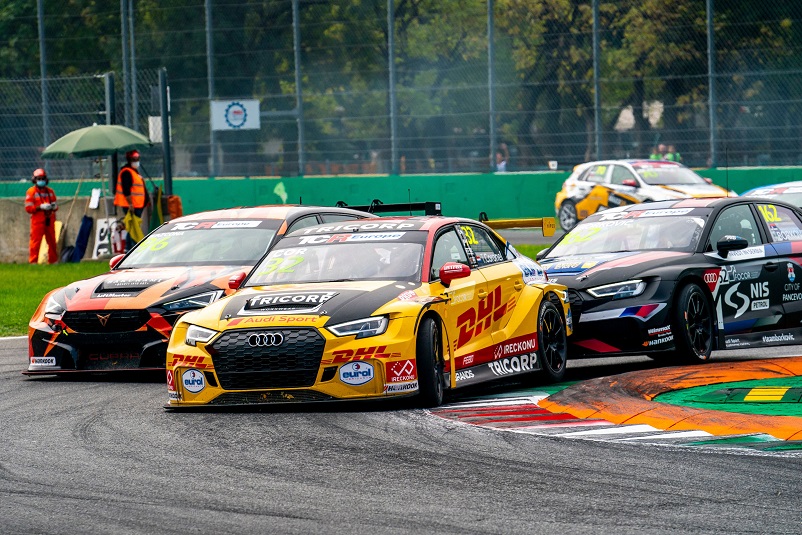 Trophies for the Audi RS 3 LMS in four countries

Haase thus gave himself a birthday present given that he turned 34 on Sunday. Team WRT secured first place in the overall GT World Challenge Europe teams’ standings in Valencia, even before the final Endurance Cup weekend in Barcelona. Already before the races in Valencia, they had been crowned as the winners of the teams’ title in the Sprint Cup.

Second place at the “Green Hell”: Phoenix Racing again took the lead of the Speed Trophy standings during the eighth race weekend of the Nürburgring Langstrecken-Serie. Ernst Moser’s team scored another podium result with the Audi R8 LMS at the penultimate weekend of the season. Vincent Kolb and Audi Sport driver Frank Stippler converted their second place on the grid into second overall in the 4-hour race.

During the last seven of the 29 laps completed, Kolb was involved in a thrilling duel for second place with BMW Junior Team driver Max Hesse. The final lap, in particular, was a test of nerves for the privateer from Frankfurt. While lapping at the end of the Wehrseifen section, Kolb’s Audi R8 LMS briefly lost its rear end during acceleration.

He skillfully caught the swerve, continued to fairly keep Hesse at bay in third place just a few centimeters behind him and defended second place. After eight of the nine races on the Nordschleife, Phoenix Racing has thus reclaimed the lead of the Speed Trophy standings. Before the final race, the private Audi squad’s lead over the second-placed BMW Junior Team is four points. Kolb continues to lead the standings in the SP9 Pro class.

Third place in club racing: During the Trophée Tourisme Endurance race weekend at Nogaro, Team Fullmotorsport finished third in its class in the TTE Pirelli Series with an Audi R8 LMS GT4. Pierre Arraou was behind the wheel for this four-hour race.

Podium in the USA: Audi privateer Paul Fix finished third in his class with an Audi R8 LMS GT4 in the Trans Am Series at the Virginia International Raceway.

Endurance and sprint victories in Latvia: With an impressive second place overall, LV Racing clinched the TCR class victory in the BEC 6H season finale in Riga. The successful driver trio in the team’s Audi RS 3 LMS included Konstantins Calko, Ivars Vallers and Valters Zviedris. For LV Racing, it was the third podium success in the TCR category in the series’ four races this season.

The final of the Baltic Touring Car Championship was also held at the same event in Riga. Valters Zviedris was behind the wheel for LV Racing in the two sprints, scoring a third-place finish and then a victory in the TCR class in the final races. Zviedris finished on the podium in all eight races this year, scoring four class wins.

Two trophies in Monza: Tom Coronel from the Comtoyou Racing team twice made it onto the podium in the TCR Europe Series in Italy. The touring car veteran from the Netherlands finished third in the Audi RS 3 LMS on Saturday, before claiming second place in Sunday’s race. Ahead of the series’ final weekend of the season at Barcelona, Coronel has climbed from fifth to third place in the drivers’ standings.

Two class podiums in German club racing: The State Energy Racing Team celebrated two podium places in its class in the DMS NES 500 at the Lausitzring. In the first race, the two Danes Jesper Henriksen and Frederik Vodder scored third place in an Audi RS 3 LMS, before finishing runner-up in the second race.