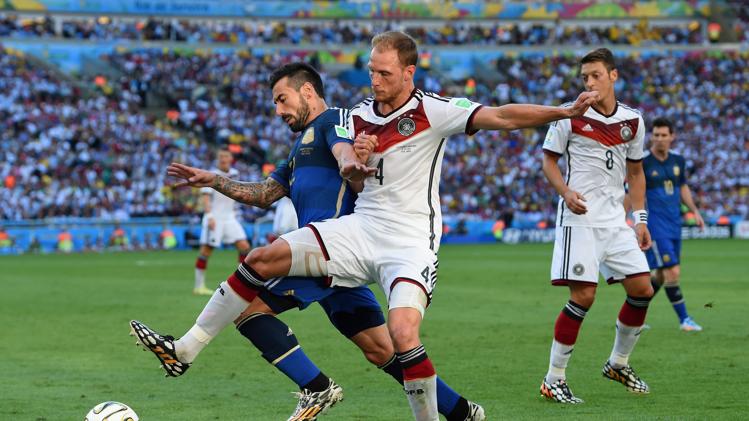 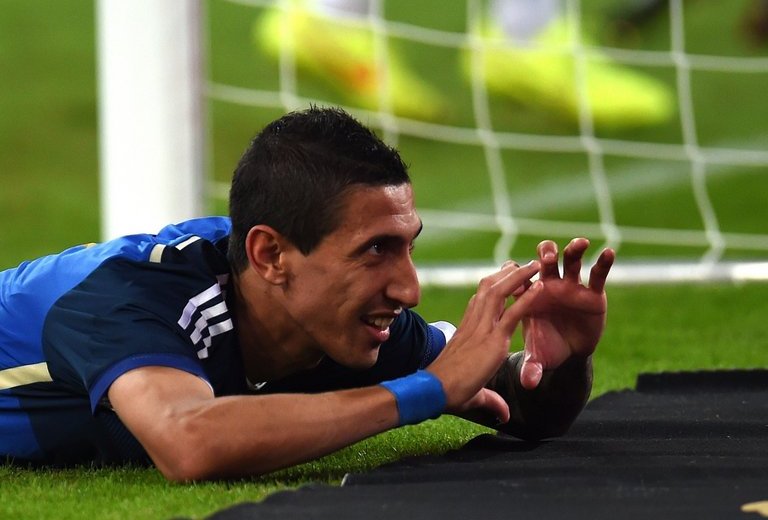 Argentina spoiled the party for world champions Germany by hammering the hosts 4-2 in an international friendly in Duesseldorf on Wednesday in a repeat of the World Cup final.

Manchester United’s record British signing Angel Di Maria scored once and made goals for Sergio Aguero, Erik Lamela and Federico Fernandez as Argentina won their first game since losing to Germany in Brazil.

Andre Schuerrle and Mario Goetze replied but Germany were brought crashing down to earth by a ruthless Argentina display in what was Gerardo Martino’s first match in charge of the South Americans.

Martino, who filled the vacuum left when Alejandro Sabella declined the offer of a new contract after the World Cup, said the victory should not be over-hyped.

“They were missing a lot of players and also had three players who retired,” said Martino, who left the Barcelona job after just one season at the end of the last campaign as they ended without a trophy.

“That’s not easy to try to find a new team. Di Maria was more prominent than he was in the World Cup.”

His German counterpart Joachim Loew refuted suggestions that Argentina had avenged the defeat in the final.

“It can’t be revenge. You can’t repeat the final,” said Loew.

“I can’t actually fault the team because they have never played like that together before. Some players aren’t in form.”

Goetze’s extra-time winner at Rio de Janeiro’s Maracana on July 13 sealed Germany’s fourth World Cup triumph and there was a jubilant, capacity crowd of 51,132 packed into the Esprit Arena on Wednesday evening.

Before kick-off the home fans got a chance to say a final farewell to Arsenal defender Per Mertesacker, record goal scorer Miroslav Klose and World Cup-winning captain Philipp Lahm.

All three retired from international football after Germany’s success in Brazil.

Only four players who started the World Cup final were in the German line-up, with Manuel Neuer captaining the side in the absence of his injured Bayern Munich teammate Bastian Schweinsteiger.

Di Maria, who missed the World Cup final through injury, set the tone of things to come with a piercing run early on before Mario Gomez missed the first of a string of scoring chances that came his way.

Argentina keeper Sergio Romero stood tall when the Fiorentina striker was sent clean through and turned his shot over.

There was real quality on show when Argentina got the opening goal after 20 minutes.

Getting possession near the corner of the penalty area, di Maria played in a sumptuous cross with the outside of his left foot that left the unmarked Aguero with an easy close-range finish.

Toni Kroos fizzed a shot just wide for Germany before Gomez was again denied by Romero.

This time the keeper saved with an outstretched foot after Marco Reus set the German forward up inside the box.

Argentina always looked dangerous on the counter against an inexperienced German defence and di Maria, in particular, was thriving on the right against Borussia Dortmund’s Erik Durm.

Five minutes before half-time the former Real Madrid player again found himself in space and he had plenty of time to pick out Lamela.

Standing to the left the of the penalty spot, the Tottenham winger caressed a volley past Neuer and into the top corner.

Gomez scuffed wide on the rebound before half-time to howls of derision from the crowd and two minutes after the restart, Argentina went further in front.

Di Maria’s excellent free-kick from the left was met by the head of Swansea defender Fernandez at the back post.

Schuerrle poked home from a corner after 52 minutes in a madcap start to the second half. Goetze, a second half sub, reduced the deficit further with a deflected shot on 76 minutes shortly after Reus had struck the post. – Agence France-Presse