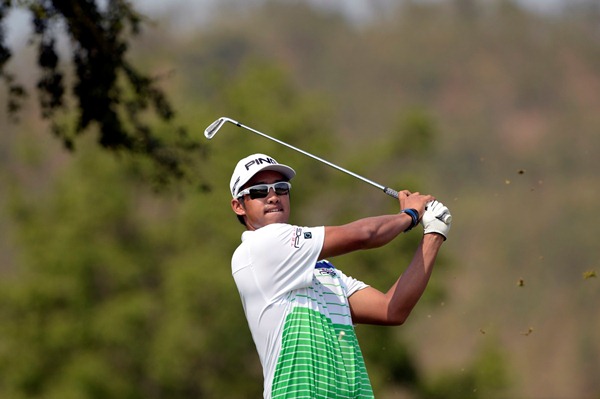 MALAYSIA’S Arie Fauzi will be hoping to get his season off to a great start when the RM200,000 PGM Sime Darby Harvard Championship begins on the Asian Development Tour (ADT) tomorrow.

The 24-year-old claimed his best result on the ADT when he finished tied-fourth at the Jakarta Classic last July. He is looking to better that result and will have the opportunity to do that when he spearheads the home charge alongside Danny Chia, Hans Jamil and Kemarol Baharin at the Harvard Golf and Country Club this week.

Past ADT winners Grant Jackson of England, Masaru Takahashi of Japan, Taiwan’s Chan Shih Chang and James Byrne of Scotland will make up a truly cosmopolitan field with more than 19 different nationalities teeing up in the event.

The ADT received a huge boost this season as the top-five players will now be rewarded with playing rights on the premier Asian Tour in 2015. Previously, only the top three players in each of the past seasons obtained Asian Tour cards for the following year.

“It’s great to see the ADT gained recognition in the world and it’s definitely an opportunity for us to take advantage of the top five spots. My focus for this year is to play well on the ADT and get into the top five. It is my mission for the year,” said Arie, who won the Malaysian Amateur Stroke Play Championship in 2008.

“I feel that my game is a lot better now compared to last year. Statistically I am making enough birdies but the key for me is to reduce the mistakes. I’m prepared and all ready for the new season ahead. It’s been really hot here in Kedah so it’s important to conserve energy. I’m looking forward to a great week here,” added Arie.

Despite missing out on his Asian Tour card at the Qualifying School, Arie remained upbeat about his game and is determined to play his way back into the main Tour.

“I think I gave it my best at the Qualifying School earlier this month so I was not really disappointed with not making the grade. I will learn from it. I just have to keep trying and improve on my game,” said Arie.

The winner of the PGM Sime Darby Harvard Championship will take home a prize purse of US$10,500 and receive six Official World Golf Ranking points. The top six players and ties will also earn points based on a sliding scale.