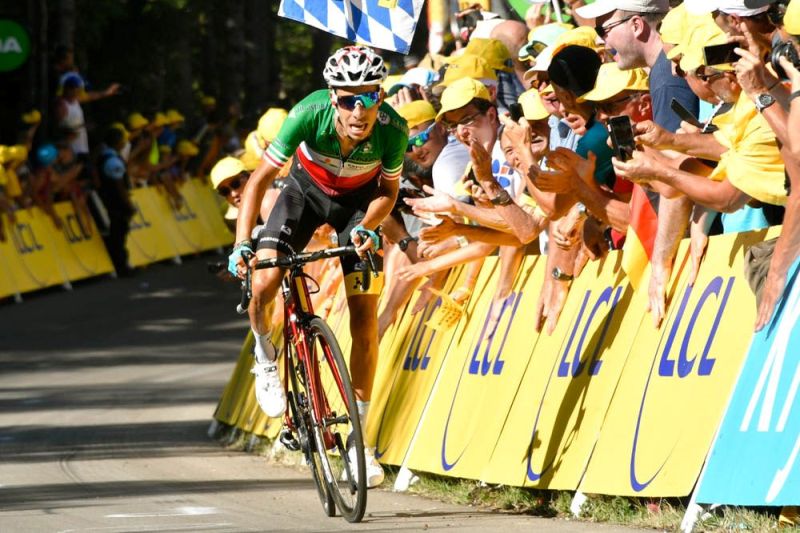 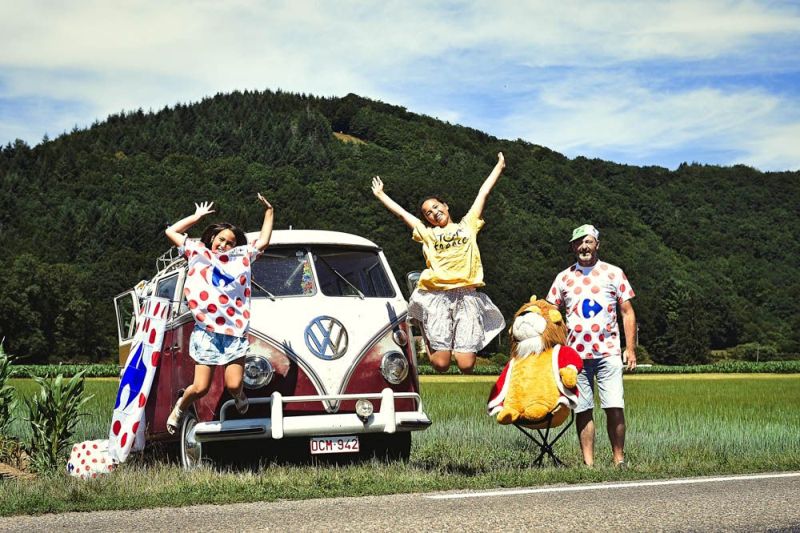 Fabio Aru made a statement of intent on Wednesday and showed he is the heir apparent to 2014 Tour de France winner and Italian compatriot Vincenzo Nibali.

And it was on that very same climb in 2014 that Nibali had tasted victory before going on to dominate, and win, the Tour title.

AS with Nibali three years ago, Aru also did so whilst wearing the Italian national champion’s jersey.

“I’d never climbed it before but of course I saw that last climb on the internet when Chris (Froome) won in 2012 and Nibali in 2014, so that’s why I decided to attack with 3km to go,” said Aru.

Back in 2014, Nibali had no peers as Froome, who now leads the Tour after finishing third, and Alberto Contador had both crashed out of the race.

So Aru’s achievement was even more impressive as it was gleaned against all the best climbers in the world.

But he didn’t want to get carried away, especially after his experience last year when he had a disastrous penultimate stage, dropping from sixth overall to 13th.

“That penultimate stage last year was worse than being cut by a knife,” said Aru.

“But I learnt a lot from it and promised myself I’d come back as soon as possible to the Tour because I love the Tour.”

He attacked with 2.4km left of the stage that started in Vittel, and quickly opened up a winning gap.

Time and again, Aru kicked on with great determination to consolidate his advantage, also riding into the polkadot king of the mountains jersey.

First Froome 1.7km out and then Richie Porte in the final kilometre counter-attacked behind but it was Ireland’s Martin who took second place to move up to fourth overall at 25sec.

Briton Froome rolled over the line in third at 20sec, just ahead of Porte, to take the race leader’s yellow jersey off his compatriot and team-mate Geraint Thomas, who drops to second, although at the same 12sec gap that he previously enjoyed.’

Aru, though, is now just 14sec back and Froome said he and his Sky team-mates would not be able to take their eyes of the Sardinian again.

“Fabio rode a great stage and attacked at just the right moment before the climb flattened out before the last kick,” said the 32-year-old Briton.

“If anything, behind we gave him a little too much space. After I made my move, three or four guys followed me but no-one really wanted to pull on the flat part.

“That allowed Fabio to open up a gap.

“Going forward we cannot afford to allow Fabio that kind of a gap again.

“He’d already shown in the Dauphine he was in great shape and that was confirmed today.”

Nairo Quintana was the biggest loser of the day, coming in 14sec behind Froome, leaving him ninth overall at 54sec.

But with the top 10 separated by a second over one minute, and all the contenders in there, the race is now truly on.

An eight-man breakaway took off early in the stage and built up a maximum lead of three and a half minutes.

But with Sky reluctant to chase them down, BMC decided to take over pace-setting duties, in the hope of setting up Porte for the stage win and the time bonus that would offer.

With just over 13km left Philippe Gilbert, on his 35th birthday, attack his five remaining breakaway companions and only Jan Bakelants could respond.

When they reached the foot of the climb, though, they had a lead of less than a minute over the peloton, now led by the Sky armada.

They held on for almost 2km more but with 4km to ride, it was over and now all down to the overall contenders. – Agence France-Presse