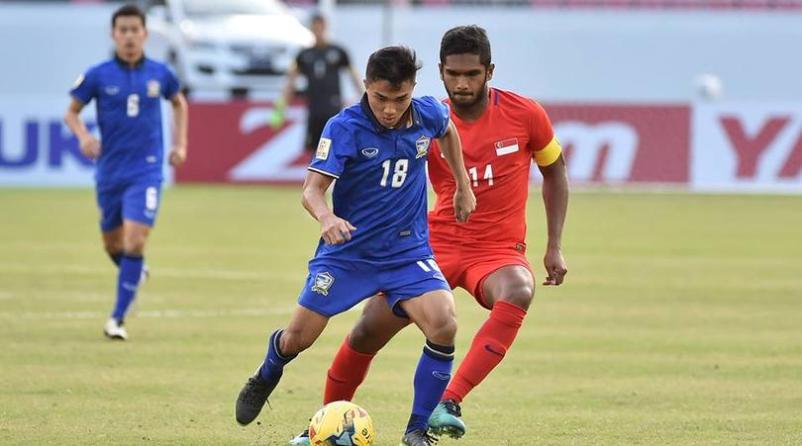 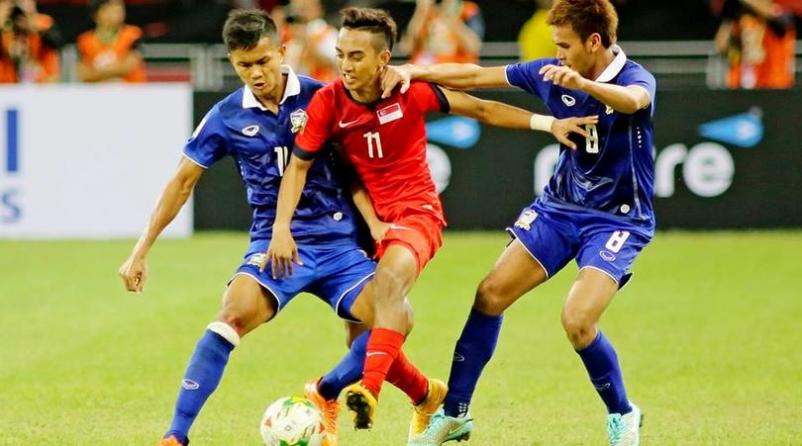 It was a game Thailand could have even lost but a late goal saw them walking away with full points after a thrilling AFF Suzuki Cup tie against Singapore at the Philippine Sports Stadium here tonight. The match looked set for a draw when substitute striker Sarawut Masuk headed in the winner a minute from time to send Thailand into the semi-finals.

Thailand top Group A with six points from two victories, leaving the three others – Singapore, Philippines and Indonesia – battling for the remaining slot. The hosts and Indonesia will square off in the second match here later tonight.

Tonight was a bitter loss for the Lions who had performed superbly throughout the match. They defended well and whenever possible, would launch quick attacks on the break. Their plan almost worked, but several missed attempts ruined their hopes of a famous victory tonight.

“I’m proud of my boys, they played hard and stuck in to the end. If we had scored, things could have been different. But still it’s not over,” said coach V. Sundramoorthy referring to their last match against Indonesia on Friday.

Thai coach Kiatisuk Senamuang meanwhile commended the Singapore team for their gutsy performance. “They defended very well and blocked us. When we could not get through, we changed our formation to improve the attack.” And that’s when Zico brought in Sarawut, to replace Sirod Chatthong in the 61st minute.

Earlier in the first half, Thailand had the Lion’s share of possession but their attacks were quickly cut off by the Singapore defence. The closest Thailand got to scoring was in the 41st minute when Teerasil Dangda’s header, off a cross from Channathip or Messi J, went just wide.

On the half hour mark, Pokklaw A-nan’s low drive from the right was well caught by goalkeeper Hassan Abdullah Sunny. The Singapore defence continued to frustrate the likes of Teerasil and Channathip after the break.

Singapore had several breakways but Jumaat Jantan, in the 61st minute, Muhammad Izzdin in the 84th and Muhammad Shakir in the 87th minute all watched in dismay as their strikes failed to make it through. The Thais never gave up and were rewarded with the goal from Sarawut in the 89th minute.