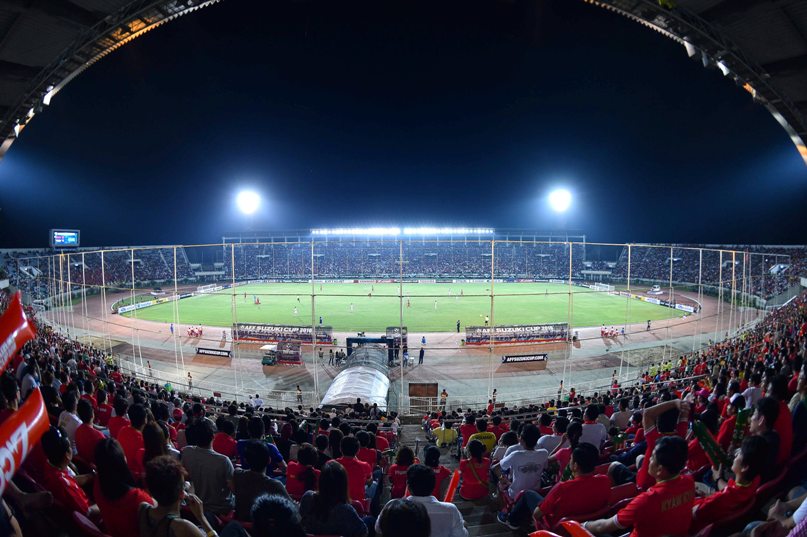 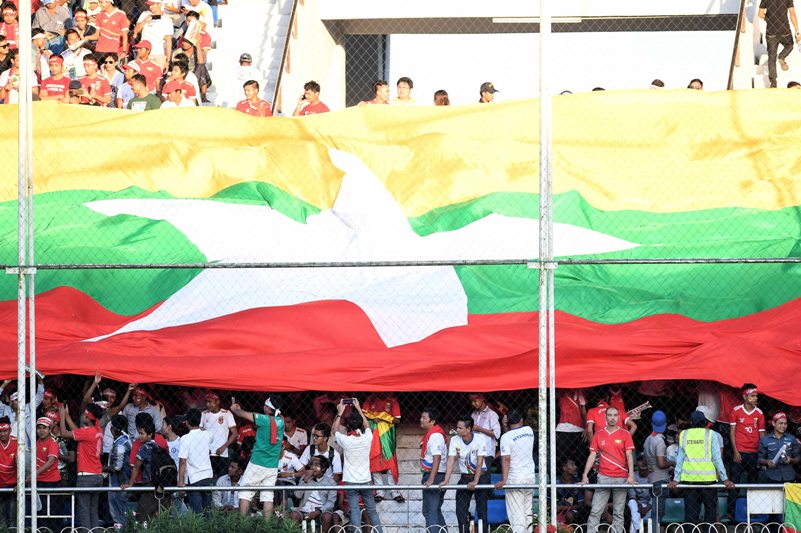 For the next few days, the biggest story on the lips of all football fans throughout Myanmar is the AFF Suzuki Cup semifinal showdown with Thailand on Sunday.
And tickets to the first-leg semifinals are now the most priceless commodity here. Thousands of fans have been rushing to five locations around the city to purchase the tickets, priced at USD3 and USD5.
Fans hoping to get their hands on the tickets began lining up hours before the counters opened today including at the National Youth Centre. The stadium is expected to be packed with a capacity 35,000 fans.
Expectations are running high here after Myanmar qualified for their first-ever AFF Suzuki Cup semifinals. Now that they are through, fans are dreaming of even more success for their national team.
Meanwhile, the Thai team arrived yesterday and began some light training. “We had a light workout yesterday and will do more today,” said Thai coach Kiatisuk Senamuang this morning.
Thailand, four-time winners of the AFF Suzuki Cup, and Myanmar face off in the first-leg this Sunday while the return leg will be held in Bangkok next Thursday.