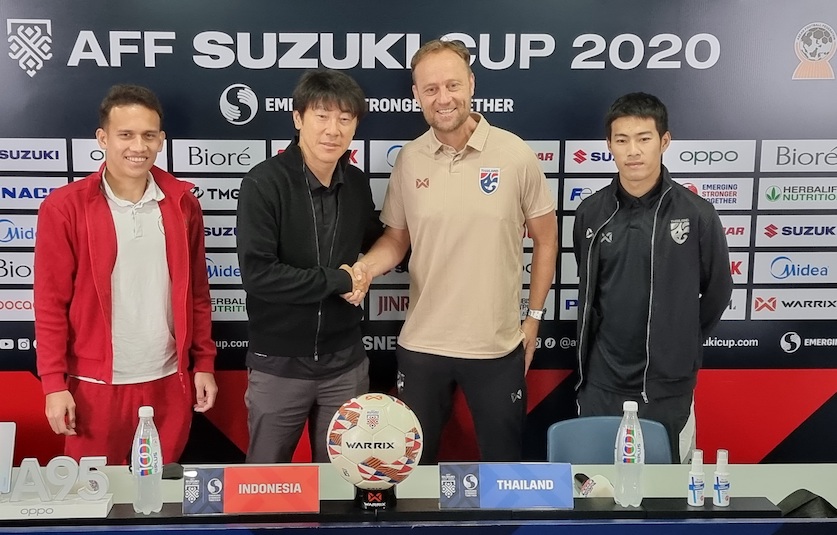 While Egy Maulana Vikri will be motivated to deliver Indonesia’s first-ever AFF Suzuki Cup crown, Thailand’s Sarach Yooyen plans to just focus on his own game when the two sides clash in FINAL 1 of the AFF Suzuki Cup 2020 tomorrow night at the National Stadium.

In what is expected to be a battle of the midfield between two of the most consistent teams at this year’s championship, the absence of Pratama Arhan for Indonesia and Teerathon Bunmathan for Thailand has further compounded questions on both teams.

“We are all motivated, we have a strong mentality. And even with the absence of Arhan, this is a big chance for us to deliver the first-ever title to Indonesia,” said the 21-year-old Egy.

Added the 29-year-old Sarach: “sure Indonesia have some good players but it does not matter. I just want us to focus on our own game. We should play the game that we know we are all capable of.”

“I do want to lift the title but it does not mean that it will be so just because we want it. We have to play the way we want to be champions,” said Indonesian head coach Shin Tae-yong.

“I have been champions for more than 20 times, so I know what it takes to be one. We have to work hard and focus on our game and have a strong mentality. “

Added Thailand head coach Alexandre Polking: “We know the record but it does not matter. We have another difficult 180 minutes ahead of us.

“We have analysed their matches and we will not change much even though we have players missing. We have others on the bench who can come in well. And of course, we want to bring the trophy back home.”