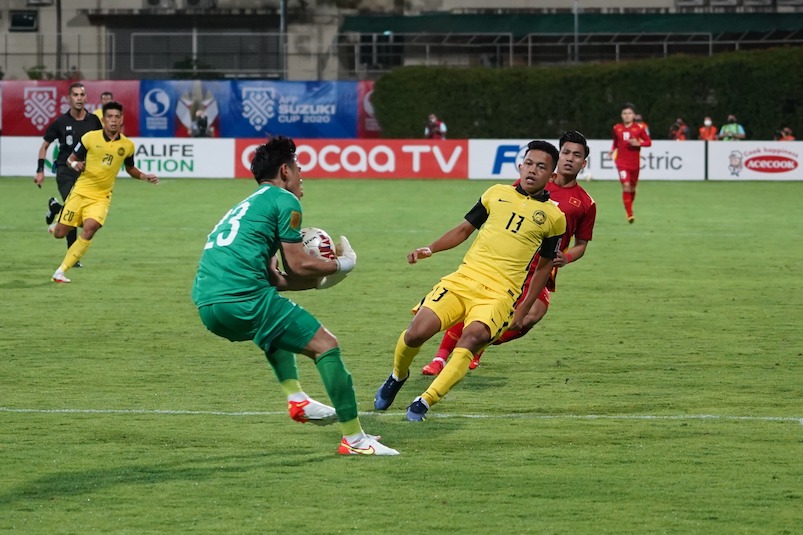 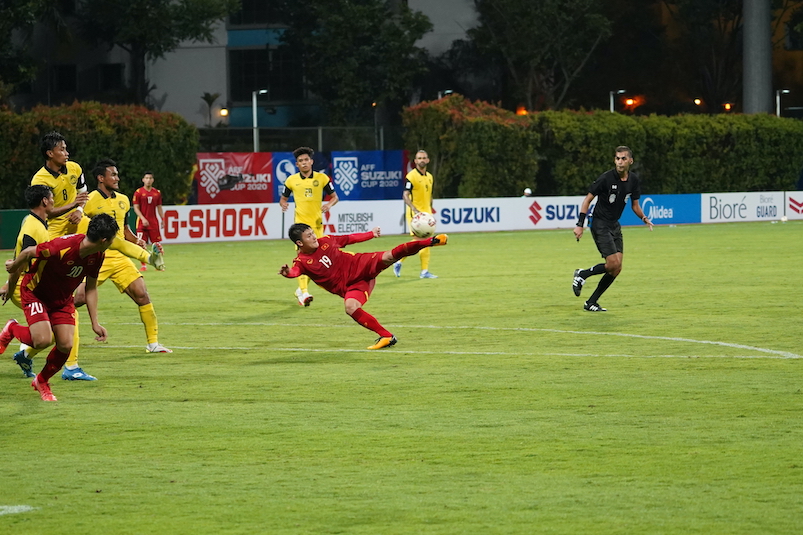 Vietnam scored a crucial 3-0 win over Malaysia as Indonesia triumphed 5-1 win over Laos in the rounds of Group b matches of the AFF Suzuki Cup 2020 that was played at the Bishan Stadium this evening.

Heading into the decisive handful of games in the group, Vietnam’s win ensured that they are within striking distance of a place in the semifinals.

“It was a very difficult game for sure but we are satisfied with the three points,” said Vietnam head coach Park Hang-seo.

Added midfielder Nguyen Tuan Anh, who was awarded with the Man of the Match award: “my fitness was not good enough. I believe that I can be better than what I showed tonight.”

It took Vietnam a while to make inroads and as the Malaysian defence struggled to fend off the early onslaught, they failed to stop Nguyen Quang Hai from scoring the lead in the 32nd minute when he fired in from the edge of the Malaysian box.

Several substitutions later in the second half gave the Malaysians more options into the Vietnam box but they seem to struggle to get a foot in for the final touch.

And with a minute left on the clock, Vietnam rounded off a fine evening with their third goal of the game with a fine effort from Nguyen Hoang Duc.

“Now we will have about a week’s rest before playing Indonesia in the final match of the group.” 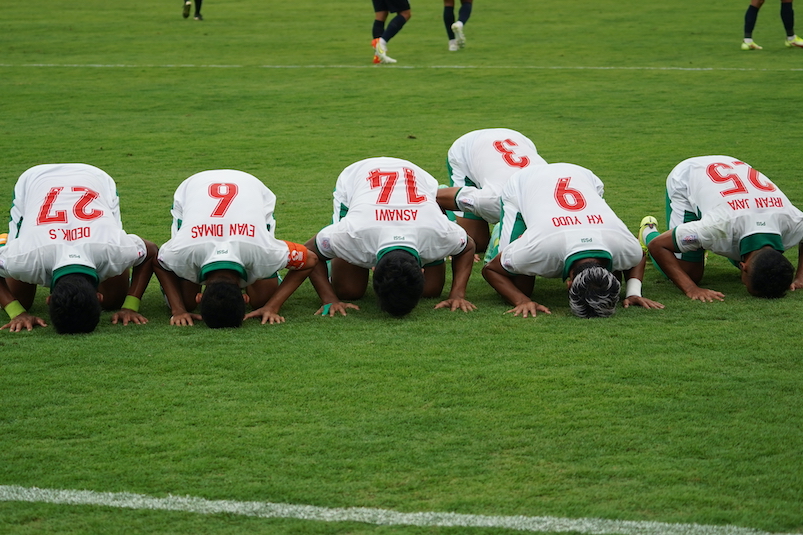 In the meantime, Indonesia powered to a 5-1 victory over Laos to keep their campaign on track.

While Laos put up perhaps their best performance in three matches, the Indonesians had just too much quality on their side as they scored twice in the first half before adding three more after the break.

Asnawi Mangkualam fired in the lead from the spot in the 23rd minute as Man of the Match Irfan Samaling Kumi’s 35th minute header put Indonesia comfortable at 2-0 in front.

But with just five minutes left of the first half, Laos nailed their first goal of the competition when striker Kydavone Souvanny made good on a quick counter-attack to put the score at 2-1 at the half.

“I was not the only one who played well tonight. The whole team did their job. It was an important win as now we can focus for the next game against Vietnam,” said Irfan.

Substitute Witan Sulaeman rifled Indonesia’s third goal of the evening in the 56th minute as Ezra Walian and captain Evan Dimas Darmono then added two more for the final touches in the 77th and 84th minute respectively.

“We got the results we wanted against Laos and furthermore, we also managed to use several substitutes in the game,” Indonesian head coach Shin Tae-yong said.

Added Laos head coach V. Selvaraj: “we used a lot of young players in this game. And the positive was also that we scored against Indonesia, so it would have given the team some confidence for their next game.”