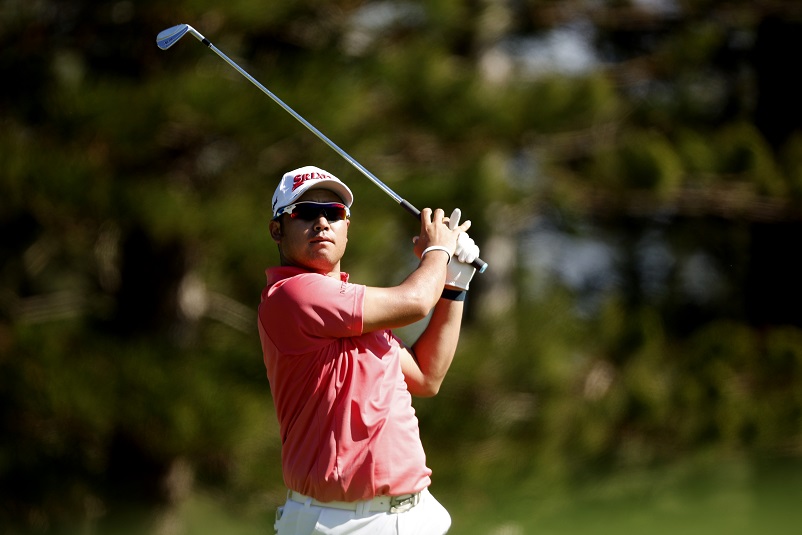 Japanese superstar Hideki Matsuyama kept on course to start the New Year in the same manner as he ended last year after a sizzling second round of 8-under 65 propelled him into contention at the Sentry Tournament of Champions in Hawaii.

The 29-year-old Matsuyama hit one eagle and seven birdies, including four successive gains on the back nine, for tied fifth place at The Plantation Course at Kapalua in Maui in what is the PGA TOUR’s first tournament of 2022.

Matsuyama’s 12-under total was matched by Korea’s, Sungjae Im who carded a second straight 6-under 67 while Si Woo Kim was two strokes back in joint eighth on 10-under after an impressive 65.

Despite two opening bogeys, Australia’s Cameron Smith opened up a three-shot halfway lead on 17-under following a superb 64 while World No. 1 Jon Rahm and Daniel Berger are tied second, three behind.

Adored at home for his success on the PGA TOUR, Matsuyama reached dizzying heights in 2021 when he became the first Asian to win the Masters Tournament last April for his first major title and then earned his seventh TOUR victory with a popular home triumph at the ZOZO CHAMPIONSHIP in October before shutting it down for the year.

He has shown little rust in Maui so far despite playing only three rounds in the past month. Matsuyama eagled the fifth hole from seven feet and hit it to inside of three feet from Hole Nos. 13 to 15 before rattling home a 21-footer on 16 for his final birdie to end his day on a high note.

“Not one thing is like great but my short irons have been great so that’s why I think the scores have been okay,” said Matsuyama, who is currently ranked fourth on the FedExCup 2021-22 ranking. “I haven’t been practicing much so I didn’t really have high expectations but hopefully I can play well on the weekend.”

Making his third start at the champions-only event, Matsuyama finished tied fourth here in 2018 and had Filipino-Japanese female golf star, Yuka Saso amongst the fans following his group. “Usually when I win, right away that’s something I think about, that I get to come here,” said Matsuyama.

“Last year I didn’t play well, but usually I play well here so hopefully I can play well on the weekend and be at the top of the leaderboard. If I can hit some good drives and make some putts I think I’ll be okay,” he said.

Three-time TOUR winner, Si Woo Kim of Korea, also carded a superb 65 which featured eight birdies against no bogeys as he moved into contention through 36 holes. The 26-year-old closed with four straight birdies from inside of 12 feet to end his day on 10-under for the tournament.

“I felt great today. Everything was good, I think. It was little nervous yesterday because it was the first day of the first event this year, but I felt little more comfortable today and I could get a better score,” said Kim, who finished 10th here in 2018 in his only previous start in Maui.

“I think for this tournament, all champions come out to play and it’s fun and enjoyable. And this course is so beautiful. I enjoy being here. I hope to improve on my putting. I hit some solid shots yesterday, but missed some putts. Today, I made some.”