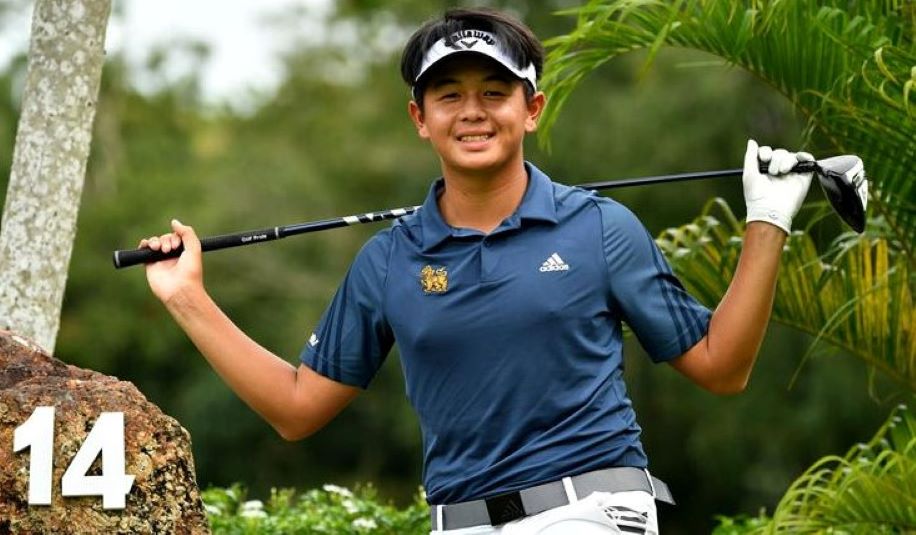 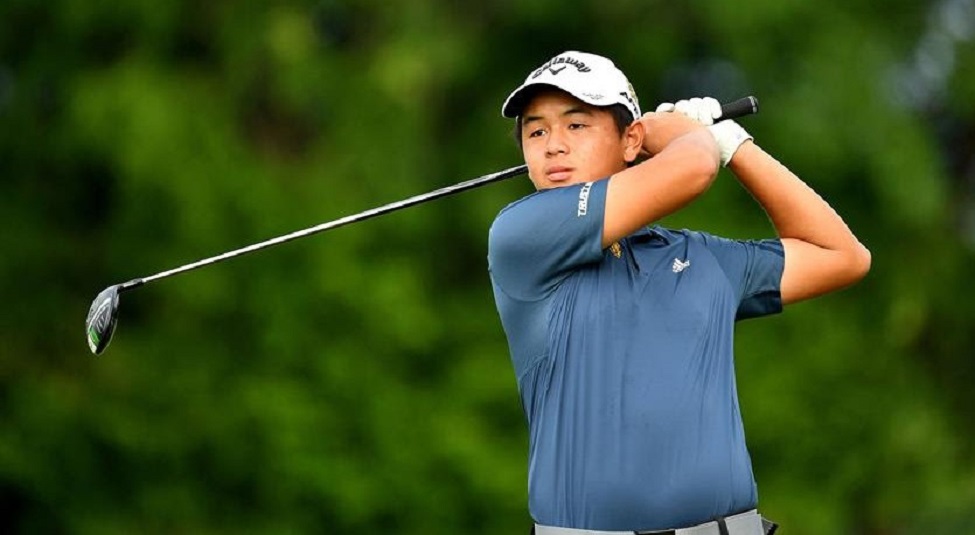 Thailand’s 14-year-old golf phenom Ratchanon Chantananuwat will add another arrow to his quiver this month when he competes in both The Singapore International and the SMBC Singapore Open to mark the first time he has played in professional events outside of his country.

The amateur star made a huge impression on both the Asian Tour and All Thailand Golf Tour last year and has been invited to play in both tournaments, with the first teeing off next week on the Tampines Course at Tanah Merah Country Club from January 13-16, followed by Singapore’s national Open at Sentosa Golf Club from January 20-23.

“I’m very excited,” said Ratchanon, nicknamed “TK” ‒ which are the first name initials of his father and mother.

“I’m a bit pressured to be honest and definitely nervous as well. But I’m just going to enjoy myself as much as possible. It’s a new experience for me.”

There were few signs of nerves last year when the junior star was regularly in the headlines.

In the Asian Tour Phuket Series in November and December ‒ the two events that marked the restart of the Asian Tour following a 20-month hiatus caused by COVID-19 ‒ he upstaged the field in the Blue Canyon Championship by closing with a 65 to finish 12 under and tie 15th before finishing joint 30th at the Laguna Phuket Championship.

The rising star is grateful for the support he has received from many of Thailand’s big-name players.

“I’m a really lucky kid that I’ve got the experience from playing with a lot of good players like Prom Meesawat and Thongchai Jaidee,” he adds.

“The advice I’ve taken from most of them is to have fun out there. I’m still an amateur and it’s going to be first time playing outside of the country, so I won’t pressure myself too much. My golfing idol is Thongchai Jaidee. I’m lucky I got to practise with him and experience golf with him. He’s not just a great player who has won multiple times on the Asian Tour, he’s also a really nice guy and he definitely tries to share what he has with me, and I think I’m really lucky with that and it’s really very valuable.”

The Singapore International and the SMBC Singapore Open are the 2020-21 season ending events on the Asian Tour.