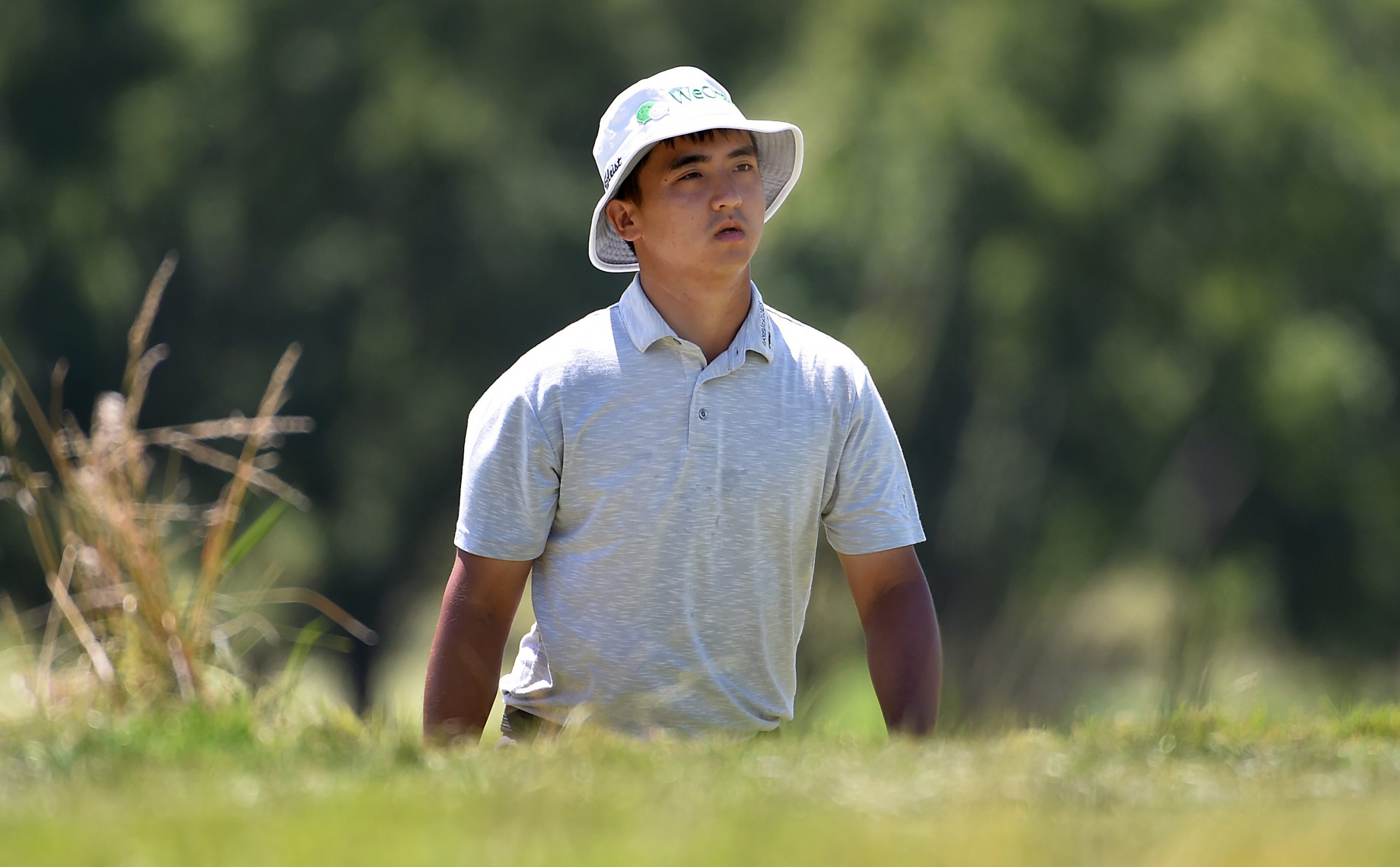 China’s Marty Zecheng Dou and Kevin Yu of Chinese Taipei charged into contention at the halfway stage of the Butterfield Bermuda Championship as they maintained their chase for a maiden PGA TOUR victory.

Making their fourth start of the 2022-23 Season, Dou and Yu fired rounds of 6-under 65 and 5-under 66 respectively at Port Royal Golf Club on Friday to sit two shots adrift of 36-hole leader Ben Crane, who tied his career low round with a stunning 62.

The duo are looking to deliver a second win in a month for Asia following Tom Kim’s victory at the Shriners Children’s Open in Vegas. Indian veteran star Arjun Atwal, who opened with a 63 to lie one off the pace on Thursday, shot a 71 to slip to T34.

Dou, 25, showed great determination as he mixed seven birdies with one bogey to sign for a successive 6-under card and climbed nine rungs to tied seventh on 12-under 130. Teeing off from the 10th, the aspiring Chinese picked up five shots in his opening eight holes, highlighted by a hattrick of birdies from the 15th hole.  He made two more birdies against a lone dropped shot on the par-3 8th hole.

“It started raining on my back nine, so it was a little harder to play. I played exceptionally well on the front, just like the front nine yesterday, shot 5-under. Made a few mistakes on the back but overall, it was pretty good,” said Dou, who is three-time Korn Ferry Tour winner and enjoying a second stint on the PGA TOUR after his debut season in 2018.

“After Vegas, my ball speed was very slow to recover, and I was very nervous,” he recalled. “I went to the first lesson, and there was no big change, nor did I find any specific problem. I thought I was still adjusting after a few days of rest, but after four or five days of practice, my speed was still very slow, about 116 (mph).

“I was very anxious and discussed it with my coach. After a second lesson, my speed was back up to 120, and that gave me a lot of confidence. I’m hitting it farther now and my irons are more consistent. I think I’ve matured a lot mentally (since 2018). Now I’m not as anxious to play as before, even if I don’t play well, I’m more open. Overall, there is a big improvement.”

Rookie Yu, who was playing in the same group as Dou, was equally impressive with six birdies, including two over his last three holes. “I had a lot of birdie chances or eagle chances, so overall my iron play was good,” said the 24-year-old Yu, who earned his PGA TOUR card through the Korn Ferry Tour last season.

“I think the best holes were the seventh and eighth holes. The second shot into the seventh and the tee shot on eight were both pretty close to the flagstick. I hope I can keep it up for the next two days.”

Crane, a five-time PGA TOUR winner, seized the second-round lead with nine birdies, an eagle and two bogeys as he finished one ahead of Adam Schenk, Aaron Baddeley, Robby Shelton and Ben Griffin. He was delighted to put himself in a position to end a victory drought dating back to June 2014 when he won the FedEx St. Jude Classic.

“I couldn’t be more encouraged. Obviously played the best golf I’ve played in a long time and to be in this tournament is super encouraging, get to play four rounds,” said Crane.

Weather: Overcast with occasional light showers. High of 79. Wind SSE 6-12 mph, gusting to 20 mph. The second round was suspended due to darkness at 7:01 p.m. local time with two players, Tano Goya and Jarryd Dillis(a), yet to complete the round. The second round will resume at 9:15 a.m. Saturday morning. Round three will be off split tees in threesomes at approximately 10:30 a.m. – 12:30 p.m.