Home International Audi driver Mortara one of the favorites at Spielberg 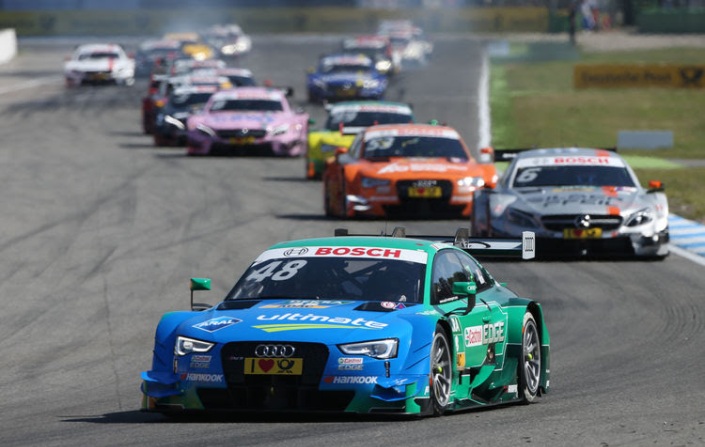 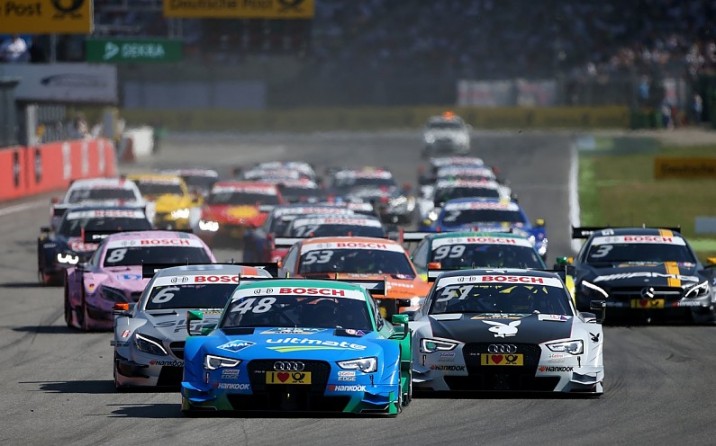 Edoardo Mortara: “I like the track, as well as the surroundings”

Edoardo Mortara started the new DTM season with a victory. As Audi Sport’s best driver he ranks in third place of the standings and is regarded as one of the top favorites for the next DTM races at the Red Bull Ring in Spielberg on May 21 and 22.

“Edo” has a special relationship with the Austrian race track. Mortara celebrated two of the four DTM victories he has scored to date at the Red Bull Ring (2012 and 2015). Last year, in spite of a hand injury, he was on podium following both races. Twice, the Audi driver has secured the top spot on the grid in Styria.

“The Red Bull Ring is clearly one of my favorite tracks in the DTM,” the Italian from Audi Sport Team Abt Sportsline who lives in Switzerland says. “I like the circuit, as well as the beautiful surroundings with the mountains and lush green nature. I always enjoy returning to Spielberg.”

The DTM fans love the Red Bull Ring as well. The circuit in a picturesque setting near Graz is acclaimed for being a venue of particularly action-packed races with fierce position battles and overtaking maneuvers. Sold-out grandstands are not uncommon in the DTM at Spielberg.

This time, interest can be expected to be high again, as tempers are still flaring over the turbulent and hotly debated season opener at Hockenheim. “The way some drivers drove at Hockenheim was unacceptable,” criticizes Mortara who in race two on Sunday was sent spinning shortly after the start and lost the lead of the standings.

The conclusion he has drawn from the incident for Spielberg and the remainder of the season: “We simply need to be on the grid as far forward as possible in order to avoid the mid-field chaos.”

This is what Nico Müller took home from Hockenheim as well. Müller, who at age 24 is the youngest Audi driver, clinched his first DTM pole position in the season opener and scored points in both races.

Müller’s Playboy Audi RS 5 DTM hardly had any scratches after the opening race. “I’m hoping for things to continue like this,” says the Swiss who finished in fifth place at Spielberg last year – his so far best result in the DTM. “I like the Red Bull Ring, too – I can hardly wait to be sitting in my RS 5 DTM again.”

The DTM track record at Spielberg since 2014 has been held by Mike Rockenfeller (1m 25.266s). Two of the eight Audi drivers – Mattias Ekström (Ellmau) and Timo Scheider (Lochau) – live in Austria and regard the Red Bull Ring as a kind of home round.

“According to past experience, the Red Bull Ring guarantees thrilling DTM races,” says Dieter Gass, Head of DTM at Audi Sport. “As expected, the field has moved even closer together, so the fans can look forward to two interesting race days. Personally, I’m hoping that we won’t be seeing action quite as hectic as the one we saw at Hockenheim…”

The spectacular season opener provided the DTM with good TV ratings and strong market share. ARD will again be airing live coverage of both races from Austria – of the first race on Saturday starting at 17:35 (CEST) and the second one starting at 15:10 (CEST). At night, SPORT1 will be showing a one-hour summary of each race.

In many other countries, the DTM can be watched live on TV or on the DTM’s YouTube channel as well. Under the hashtag #DTMSpielberg, the race can be followed on Twitter. On Facebook Live, Audi Sport provides special peeks behind the scenes. Tickets for the DTM at Spielberg are available online at www.audi-motorsport.com.